Roy served as the head coach at UNC for 18 seasons spanning from 2003 to 2021. During that time at his alma matter he posted an overall record of 485 and 163 while leading the North Carolina Tar Heels to national titles in 2005, 2009, and 2017. Williams roamed the sidelines at the “Phog” Allen Field House as the head coach of the Kansas Jayhawks for 15 seasons where he cemented a record of 418 and 101 while taking KU to 4 Final Fours appearances. 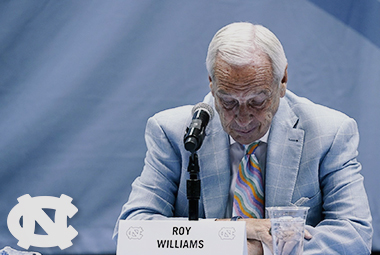 After the last two disappointing seasons at the University of North Carolina Williams explained that he has bothered by the losses as well as by his own mistakes. One of those past two seasons Roy experienced the only losing record of his illustrious career, and the other season he delt with a young and frustrating team playing through the COVID-19 pandemic.

Williams stated, "Everybody wants to know the reason, and the reason is very simple. Every time somebody asked me how long I was going to go, I'd always say, 'As long as my health allows me to do it.' But deep down inside, I knew the only thing that would speed that up was if I did not feel that I was any longer the right man for the job. ... I no longer feel that I am the right man for the job."

Williams is the only head coach in the history of the NCAA to win 400 games or more at two different universities. Roy currently ranks fourth of all time out of Division I coaches in wins with a record of 903 and 264. He was inducted in to the Naismith Memorial Basketball Hall of Fame located in Springfield, Massachusetts in 2007, and in 2006 he was inducted into the National Collegiate Basketball Hall of Fame located in Kansas City, Missouri.

Where it all Began

Williams began his basketball coaching career at Charles D. Owen High School located in Swannanoa, North Carolina before becoming a college basketball coach. His college coaching career started when he accepted a job as an assistant for his mentor Dean Smith who was the head coach of the North Carolina Tar Heels men’s basketball team. Roy was an assistant coach at UNC from 1978 to 1988. Then he took his first college head coaching job as the University of Kansas coaching the Jayhawks men’s basketball team by replacing Larry Brown in 1988. From then on Williams cemented his legacy as one of the greatest college basketball coaches of all time. 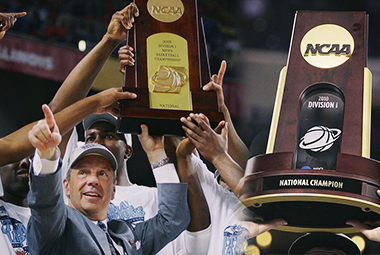 According to Intertops sportsbook these are the odds as of Friday, April 2nd, 2021 to win the 2020 – 2021 NCAA Men’s Basketball National Championship outright.