On Saturday, January 14th, 2023 the Jacksonville Jaguars overcame 27 to 0 deficit to defeat the Los Angeles Chargers in the National Football League playoffs. 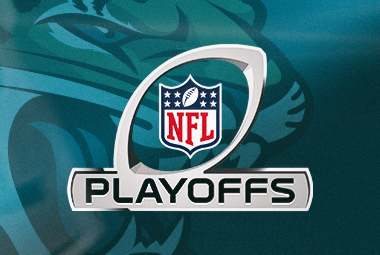 Although the Jacksonville Jaguars quarterback, Trevor Lawrence, played poorly right off the bat, he eventually calmed down and ran their offense extremely well in order to orchestrate one of the best NFL wild card playoff comebacks off all time. Now Lawrence and the rest of the Jacksonville Jaguars are moving on to play at least one more postseason game in the National Football League.

Trevor rebounded from an absolutely terrible 1st - half of the Jacksonville Jaguars game against the Los Angeles Chargers last Saturday, January 14th, 2023 in which Lawrence started out the football match by throwing 4 - interceptions only to ultimately throw 4 - touchdown passes in the game's last 31 – minutes of game action helping the Jacksonville Jaguars to a 31 - 30 final score in an astonishing come - from - behind NFL playoff win versus the Los Angeles Chargers at TIAA Bank Field located in Jacksonville, Florida last Saturday evening.

"You couldn't write a better script to win a game like that tonight, so it makes it more special, but don't want to do that again," the Jacksonville Jaguars starting quarterback, Trevor Lawrence, explained to the major sports media outlets after their wild card game in the NFL playoffs. "Got to take care of the ball. That's where it starts."

The Jacksonville Jaguars' come - from - behind NFL playoff win versus the Los Angeles Chargers from a 27 to 0 deficit just so happened to be the 3rd - largest comeback victory in the playoff history of the National Football League. The Jacksonville Jaguars found themselves only in back of the Buffalo Bills' 32 - point comeback win versus the Houston Oilers way back in 1992, and the 28 - point comeback by the Indianapolis Colts vs.the Kansas City Chiefs back in 2013.

Also, this game marked just the 3rd - time during the 2022 - 2023 NFL season that the Jacksonville Jaguars have rallied from behind 17 - points down only to win the football game. The Jacksonville Jaguars are 3 and 2 overall when they have found themselves in that predicament this NFL season, and the formed expansion team franchise has been 1 and 116 in that situation from 1995 to 2021.

Leading the Jacksonville Jaguars to Win in NFL Playoffs

Following the 4 - 1st - half picks, Trevor tossed touchdown passes on 4 - straight offensive drives for the Jacksonville Jaguars, he also ran the ball into the endzone for a successful 2 - point conversion to deplete the Los Angeles Chargers' advantage in the game to 30 to 28.

Lawrence then led the Jaguars on a 10 - play and 68 - yard game - winning offensive drive that finished with Riley Patterson's 36 - yard field goal just as time expired. Trevor passed for 211 - yards as well as 3 - touchdowns, and he completed the football game with a passer rating of 144.5 during the 2nd - half alone.

"I played with one of the greatest quarterbacks ever in Brett Favre," the Jacksonville Jaguars head coach Doug Pederson stated. "There were times when he didn't have a great first half [and] came back in the second half and could light it up. That's what I love about Trevor and his demeanor and his aggressiveness and the ability to just forget and move on. But he'll be the first one to tell you that it's not about him. The guys around him, too, made plays. Protection was good. Receivers doing a nice job being where they needed to be. But from an individual standpoint, this is really a great performance by our quarterback."

Lawrence could have just given up following what he referred to as, "Definitely the worst half of my football life," but he didn't waver and came back stronger than ever. Trevor kept speaking about getting back into the contest score by score as he composed himself extremely well, and Lawrence’s poise I the pocket reminded his Jacksonville Jaguar teammates that they have had to come from behind in several games this NFL season prior to doing it once again on last Saturday night.

"Let me tell you something, man. I think from playing football, watching football, I know a lot of quarterbacks would've folded in that situation that he went through," the wide receiver of the Jacksonville Jaguars, Zay Jones, who caught eight passes for 74 - yards and 1 - touchdown proclaimed. "That's tough for anybody at any level. And for him just to be as poised and composed as he was, it showed another side of who we have on this team. I mean, that guy right there, standing right there, that's a special man. And I'm proud to be a part of a team that he's on, and I am glad that 16 is leading us. He was like, 'All we've got to focus on is the now.' Those are his words, and I have never been a part of anything like that before. That was something truly special. That was a miracle." 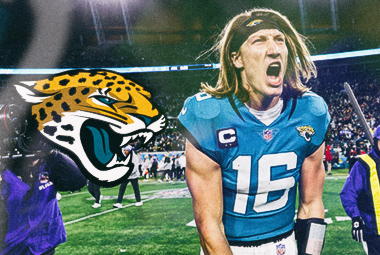 The End of the Comeback Win for the Jacksonville Jaguars

The 2nd - year Jacksonville Jaguars starting quarterback in Lawrence, connected up with Evan Engram for a 9 - yard touchdown throw with only 24 - seconds left in the 1st - half of the game, then Trevor tossed touchdown passes to both Marvin Jones Jr. (6 - yards), Zay Jones (39 - yards), as well as Christian Kirk (9 - yards) on the Jacksonville Jaguars' following 3 - offensive possessions of this playoff battle vs. the Los Angeles Chargers.

Lawrence ran in the 2 - point conversion following a penalty on the L. A. Chargers for unsportsmanlike conduct call on their star defensive end, Joey Bosa, on the touchdown pass to Kirk which placed the ball at the 1 - yard line. At that point, the Los Angeles Chargers led in the game with the score of 30 to 28 with just 5 - minutes and 30 - seconds left to play.

A Roy Robertson - Harris sack of Justin Herbert was the main highlighted play on the defensive side of the ball that forced a 3 - and - out, and Trevor took back over on offense with just 3 - minutes and 9 - seconds left in this match up. Only 9 - plays after that, one of which included a 25 - yard run by Travis Etienne on a 4th - and - 1, Patterson hit the game - winning field goal right as the game clock expired, and Lawrence had the 4th - game - winning drive of his short but incredible career in the National Football League.

"We've been in that situation before. Not that many points [behind], but, you know, similar situation," Lawrence goes on to say. "It's really cool to see what can happen when everybody believes. I wouldn't have been able to do what I did today and what the offense was able to do the second half to bounce back -- also the defense -- if we didn't believe in one another. Threw four picks in the first half and those guys beside me on offense and the guys on the other side of the ball never lost faith."