On Friday, January 6th, 2023 the National Football League publicly announces their newest accommodations for the AFC championship game depending on outcomes. 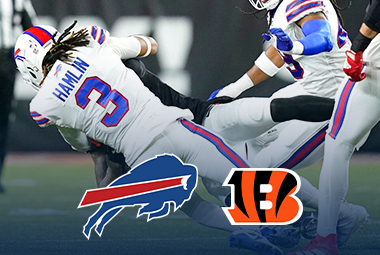 The Possibilities of the New AFC Playoff Plan

All of the 32 NFL owners have just recently approved the new plan that opens the door for the possibility of having the AFC championship game ultimately played at a neutral - site, and that new plan may very well determine home - field advantage for a the potential wild - card showdown between the Cincinnati Bengals and Baltimore Ravens that would be determined by a simple coin flip.

In the wake of the cancellation of the incredibly serious Monday Night Football game between the Buffalo Bills and the Cincinnati Bengals in which Damar Hamlin collapsed on the field and nearly died there due to cardiac arrest, the following scenarios based on the Week - 18 games on the NFL’s regular season results were just recently approved for holding the AFC title game at a neutral site:

A 3 / 4 majority vote equating to 24 of the possible 32 votes from the NFL owners was essential last Friday to approve these newly approved changes in which the National Football League stated in result would be set in place just strictly for the 2022 - 2023 NFL season only. 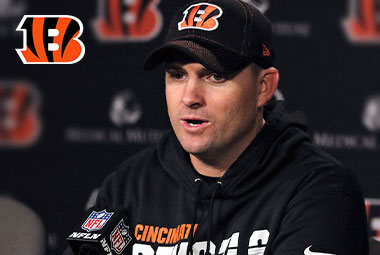 The Cincinnati Bengals are Displeased

"It's important for the team to know that, because somebody's got to fight for you. It's clearly not coming from the league," the head coach of the Cincinnati Bengals, Zac Taylor, stated last Friday. "It's nice to have our ownership and front office support the players like they have. That is important for us."

The Scary Events of the Last Monday Night Football Game

Last Monday's football game between the Buffalo Bills and the Cincinnati Bengals was forced to be suspended with under 6 - minutes remaining in the 1st - quarter, and the Cincinnati Bengals were at that point in the game leading with the score of 7 to 3 when the Buffalo Bills safety Damar Hamlin went into cardiac arrest following him making a tackle. His heartbeat was eventually restored on the field prior to him being transported to the University of Cincinnati Medical Center.

The National Football League finally announced their decision to cancel the MNF game on Thursday, January 5th, 2023 as the NFL cited three main factors. The first being the outcome would have no impact on which franchises ultimately qualified for the NFL playoffs this season. Second off, finishing that game would have caused the entire 2022 - 2023 NFL postseason to be rescheduled for the other remaining teams. And third of all, not playing that game out would enable all teams to know the NFL playoff possibilities prior to the start of the final Week - 18 games of the NFL regular season.

The Cincinnati Bengals executive vice president, Katie Blackburn, just so happens to be on the NFL’s competition committee, which did approve these new scenarios last Thursday. Blackburn insisted teams to vote against the scenarios. Her reasoning corresponded from the poor timing of this rule change (even though it was necessary) in this scenario away from going with the standard of winning percentages.

"The proper process for making rule change is in the off - season," the Cincinnati Bengals executive vice president, Katie Blackburn said. "It is not appropriate to put teams in a position to vote for something that may introduce bias, favor one team over another or impact their own situation when the vote takes place immediately before the playoffs."

"There's several instances this season when the club is fined or people in our building are fined and told to follow the rules, it's black and white, it's in the rulebook," Taylor goes on to say. "So now when we point out the rules and you're told, 'We're going to change that,' that seems... I don't want to hear about fair and equitable when that's the case."

NFL commissioner Roger Goodell had acknowledged via a media statement last Thursday that he recognized "there is no perfect solution."

"As we considered the football schedule, our principles have been to limit disruption across the league and minimize competitive inequities," the commissioner of the National Football League, Roger Goodell, explained.

The Kansas City Chiefs refrained from voting on the proposed AFC playoff changes due to the fact that of the thinking that the NFL franchises that were directly impacted by the changes should not be able to vote because they would be biased.

The Buffalo Bills said last Friday, January 6th, 2023 that Damar Hamlin has just been removed from a breathing tube, and that he has recently began talking with his health care team, his family, and his beloved teammates.