The Jacksonville Jaguars starting and superstar running back, Leonard Fournette, is highly disappointed with their rushing attack thus far in the young 2019-2020 NFL season. He has publicly expressed these feelings during recent press conferences. 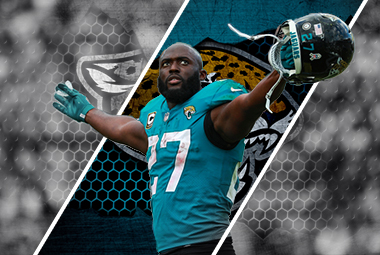 Fournette is one of the premier running backs in the National Football League, and especially with the injury to the Jags starting quarterback, Nick Foles, he expects to get more carries in order to help his team win.

He explained that the issues with the Jaguars ground game may be attributed to their lack of preseason work with handing the ball off. Fournette says that their communication has been off so far and that their team needs to correct this is they plan on contending in the AFC South division this year.

The good news for the Jacksonville Jaguars is that they have received great quarterback play from the young back up QB, Gardner Minshew II, as he fills in for the injured Foles. Also, they are 1-2 so far, but this week they play a struggling Denver Broncos team. If they pull off a win on the road this week against Denver, they will get back to even a fourth of the way through the 2019-2020 NFL regular season which has been quite turbulent so far this season.

The bad news starts with losing their starting quarterback, Foles. On top of that their best defensive back, Jalen Ramsey, has been strongly requesting a trade from the Jacksonville Jaguars to get moved to another NFL franchise. Ramsey has skipped out on practice three times so far this past week for several different reasons which seem to be possibly excuses not to play for his team.

First, the star cornerback claimed he was sick. Then the next day he said he was suffering from a back injury followed up by the next day taking off for paternity leave. This has been an unfortunate distraction for the success of the Jacksonville Jaguars especially since Ramsey is the best player at his position, and one of the best defenders in the League.

"I'd be the first one to say Leonard has to do a better job, but we're not giving him a chance," says Jaguars head coach, Doug Marrone. "Until we give him a chance to see what he can do, that's fine, but he's doing everything he can. Each week, we're telling him to do this, and there's little things that people wouldn't see that he's been able to do to help us, yet we have to come up bigger and help him by doing a better job blocking."

"It's not really adding up right now because you've got to have that [cohesiveness], especially with the running game," Fournette stated. "Nobody practiced, nobody played in none of the preseason games. I think that kind of messed up a lot of communication. Also, you've got to have timing too with the run game. I think we're slowly getting back there.