With the restart of the 2020 – 2021 season of the National Basketball Association scheduled to begin on Thursday, July 30th, 2020 now is a great time to familiarize yourself with the best contenders to win the NBA championship this year. The two top NBA teams in the Eastern Conference and the top two NBA teams in the Western Conference are the four finest teams in the league at the moment, and one of them will most likely win the title of the National Basketball Association. Those four teams currently with the best records include the Milwaukee Bucks, the Toronto Raptors, the Los Angeles Lakers, and the Los Angeles Clippers, and below is a breakdown and analysis of those each of them. 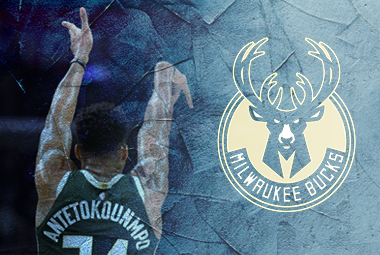 The Milwaukee Bucks currently hold the best overall record in the NBA with 53 wins and 12 loses. They also have the best player in the Association at the moment in my opinion, Giannis Antetokounmpo # 34. He won the Most Valuable Player of the Year award last season, but what Giannis wants more than anything is an NBA championship. As long as this team stays healthy, and they all avoid the coronavirus they should win the Eastern Conference championship.

The Toronto Raptors are the defending champions of the National Basketball Association, but there is only one problem from holding them back to repeat as champions. That is that they lost their best player and possibly the greatest player in the NBA right now, Kawhi Leonard, to free agency during the last offseason. The Raptors currently hold the second best record in the Eastern Conference and the third best record overall in NBA with 46 wins and 18 loses.

The Los Angeles Lakers feature two of the National Basketball Association’s best and highest paid players at the moment in LeBron James and Anthony Davis. They have the second best record in the NBA with 49 wins and 14 loses, and the best record in the Western Conference. Their hi - low offense puts them in contention to win an extremely high percentage of basketball games especially in a playoff series. This is why the LA Lakers are many people’s favorite to win it all this season, and this would be the first NBA championship the Lakers have won since the Kobe Bryant era.

The Los Angeles Clippers may have the worst record out of the four teams highlighted in this piece with an overall record of 44 wins and 20 loses, but they should be rolling into the restart of the 2020 – 2021 NBA season fully healthy, hungry, and running on all cylinders. This team has the ability to strike early and often on offense, and they also play remarkably well as a defensive unit. The LA Clippers made the biggest offseason moves prior to this season by acquiring two of the biggest free agents in the National Basketball Association in Kawhi Leonard and Paul George.