Will an NFL Team go Undefeated This Year?

A recent hot topic of discussion on these Forums as well as the Sports World outside of these Forums is the prospect of one or more undefeated NFL Teams this year.  For those interested, the Westgate Las Vegas, according to this source.

Was offering Odds of YES +900 and NO -1600 for the Carolina Panthers to go undefeated this year as well as YES +500 and NO -700 on the Patriots.  These Lines have likely changed in consideration of the Panthers' thrashing of the Dallas Cowboys less than 24 hours from the writing of this Article, but I'm going to undertake my non-expert analysis on whether there is any value in these Lines.  Please note that I am by no means recommending any of these Lines to anyone as there are likely professional analysts who might put a similar analysis out there and the purpose of this Article is ENTERTAINMENT NOT ADVICE!!!

Unfortunately, I cannot find updated Odds for the Panthers to have an undefeated season at the time of this writing, so I am going to pretend that the Cowboys game never happened.  Furthermore, since my methodology for analyzing this particular bet is going to be extremely simple, should anyone post a Comment with the updated Westgate Odds, I'll be happy to do the same thing again.

For the Odds, I will be using the VI consensus as of Thursday for each week from.

The only exceptions are for any games that were played on Thursday as my Odds history is coming from the WoV Picks Game.

That I host on these very Forums and for which I provide players with not one, not two but THREE separate cash prizes.  The WoV Picks Game is enjoyed every year by regular posters and Forum Members who spend the majority of their time lurking alike, and I would strongly recommend that everyone enter into the Regular Season version of the game next year as well as the Playoff Picks Game (slightly different Rules) this year. 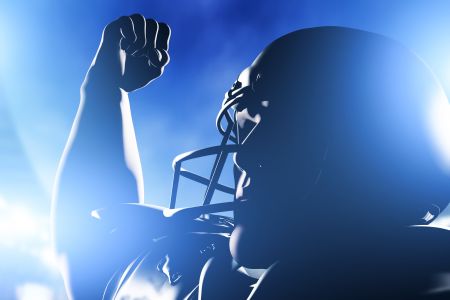 What I am going to do is take the Vegas Odds from all of the games played by these Teams (for which I have Odds) so far this season and then I will also use the same Lines for opponents who they are playing again, but will swing the Odds three points in favor of whoever is at home.  I want to make it excruciatingly clear that these Odds MAY result in teams being favored to remain undefeated less than they actually should be, and the reason why is because as teams win game after game after game, the Odds eventually either tend to swing more in their favor in the case of the Patriots or generally in their favor in the case of Carolina.

Unfortunately, the Patriots have played twice on Thursday this year, but I am also going to compensate for that by including this week's Line (-3 @ DEN) and including the +1 Line that was for the Panthers this week prior to the game being played.

However, I am actually going to use the opposite because the chart is based on being an underdog.

With a spread of -7.5, the Patriots are Expected to have a .73 probability of winning for any individual game while the Panthers get a probability of .598 for their Three Point Favorite on average ranking.

Therefore, the probability of the Patriots winning out, based only on this admittedly incomplete data is:

While the probability of the Panthers winning out is:

I will now use this calculator on converting the probability of winning to a Money Line.

This would put the, "Fair Line," on the Patriots at +562, approximately, which is obviously nowhere near the +500 offered by WestGate.  The Patriots are also a little beat up at this point in the season and might even rest some starters in their final game, although, I do think team Belichick/Brady want that undefeated season WITH a Super Bowl win, so don't be surprised to see Brady start if they are still undefeated in Week 17.  The Fair Line on the NO is then -562, which means that the bettor must lay entirely too much for this to be a good bet.

The Range on the Panthers bet is even more wild, which is probably because they really aren't that great of a team to still be undefeated at this point, although, they are quite good.  The Fair Line on this one is +2088 given a 4.57% probability of success which actually points to the, "NO," being a pretty good bet.  It might be worth seeing if that Line moves at all as a result of the demolishing of the Dallas Cowboys today, and we'll see if that is worth another look.

Once again, this Article is not meant to constitute a professional handicapping analysis or actual betting advice.  The best case scenario with this Article's methodology is that, perhaps, it could be useful to see if you have something that should be investigated further, such as the NO on the Panthers going undefeated.  The squares usually hate laying big amounts and would rather get money on a long shot, so we might see a potential for a good NO bet here.