That's right, finger and toe have to share the same word in Spanish! If it isn't clear from the context, I think one would say dedo del pie to refer to a toe.

My suggestion to the Real Academia Española is to come up with a word specifically for toe.
It's not whether you win or lose; it's whether or not you had a good bet.
Nareed

That's right, finger and toe have to share the same word in Spanish! If it isn't clear from the context, I think one would say dedo de pie to refer to a toe.

It can be clear from context only rarely. Say you drop a bowling bowl on your foot. If you then say "me lastimé los dedos," it's clear you're talking about your toes.

BTW It's "dedo deL pie," or "dedo de EL pie." I'm sorry to be so critical, but these are the tiny details that drive language students crazy. "Dedo de pie" means something ike "standing finger" :P
Donald Trump is a fucking criminal
pacomartin

That's right, finger and toe have to share the same word in Spanish! If it isn't clear from the context, I think one would say dedo del pie to refer to a toe.

The word "toe" originally referred to either the appendage on the hand or on the foot. The use in the sense continued up until 350 years ago. The word finger developed from the same root word as five. The latin word, digitus referred to either, and so does the Spanish word.

We still have 10 digits in our numerical system, and sleight of hand is often called prestidigitation.

=====================
If I refer to the Latin origins of Spanish and of English Vocabulary, you should note that Spanish did not start becoming the dominant language derived from Latin in present day Spain until the 12th-14th century. Before that it was on par with several other languages. It's ascendancy came with the political and military power of The Kingdom of Castille. Even today several languages derived from Latin still exist in Spain (approx number of speaker):

The language Galician is derived from Latin, but much of the core culture is celtic. They have bagpipes and kilts like the Scotland, Ireland, Wales, and Brittany.
Wizard
Administrator

¿Es una casualidad?
It's not whether you win or lose; it's whether or not you had a good bet.
pacomartin

In this case it is a coincidence, since gato and cat both come from a different Latin word which translated in French as chat and became a "g" in Spanish. 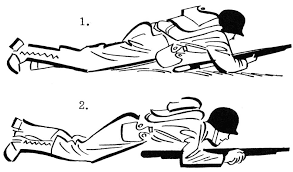 Wizard
Joined: Oct 14, 2009
Thanks Paco! With that fine answer, I think we'll keep gatear as the word of the day for May 20.
It's not whether you win or lose; it's whether or not you had a good bet.
pacomartin

pacomartin
Joined: Jan 14, 2010
In the 1920's, Charles Kay Ogden decided the Esperanto was never going to work as a universal language. He set out to do some massive research to try and come up with a 1000 word vocabulary in English that would span almost the entire world of communication. There were only 18 verbs in his language and no conjugations. But the verbs were assumed into a group of 100 words he called "operators". The grammar was vastly simplified from English grammar.
In the 1930's people became very excited about the idea of world where everyone would learn this simplified English and for the first time since the Tower of Babel everyone in the world could talk to each other. HG Wells wrote a novel featuring world government where everyone could speak this language. Charles Ogden never envisioned this "scientific pidgin" replacing all other languages, but it would be a second language for general communication.

Naturally, any project of this nature faces huge criticism. TRIVIA: What novel features the most famous skewering of the work of Charles Kay Ogden as mind control? We all read it in school! One of the criticisms is that in order to keep the vocabulary list as short as possible, mostly words of Old English or Old Norse derivation were used. These words have the widest range of meanings.

While the core concept has largely been lost in time and replaced with ideas such "Voice of America English", "Airplane Mechanics English" and "Oxford 3000" (the core vocabulary list of 3000 words developed by Oxford dictionary), the original vocabulary list is still helpful. Since these operators are capable of describing the full range of concepts (admittedly in a crude way), it gives you a core vocabulary list to learn in another language.

Since only 5 words are from old French (and ultimately from Latin), you concentrate on the words that you use all the time, but have no direct Spanish equivalent.

The most commonly used verb in English that comes from Latin is use which has the Spanish equivalent usar. That verb is not on the list of 100 operators because Charles Ogden used it as a noun only.

One problem with this language, is that I may be able to understand someone speaking it to me, but he wouldn't understand me unless I had special training. I would end up using a larger vocabulary, or using words in non-specified manner. But that problem is also present if you are running a factory and the workers only speak pidgin english.

Naturally, any project of this nature faces huge criticism. TRIVIA: What novel features the most famous skewering of the work of Charles Kay Ogden as mind control? We all read it in school!

Correct. Good good response. No thoughtcrime for you.
Nareed

I was going to pass it over, then I recalled Newspeak.

Anyway, back to today's word:

"Gatear" is used for describing what babies do while they figure how to walk, and also crawling on all fours.

In Mexico, at least, crawling while nearly flat to the ground is called "pecho tierra." At least that was the custom during mock military play at summer camp back in the late 70s...

The other words Paco used are correct, but seldom used.
Donald Trump is a fucking criminal
RSS Feed