As we quickly approach the start of NCAA men’s football season, which begins on Saturday, August 24th, 2019, now is a great time to preview the top 25 college football teams according to the AP. 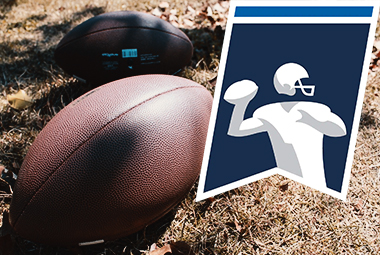 The 15-week regular season moves fast as these collegiate programs fight for the top 4 elusive positions to make the NCAA college football playoff. The college football playoff semifinal games (2 of them) are on Saturday, December 28th, 2019. One of those two semifinal games is the Peach Bowl played at the new Mercedes-Benz Stadium in Atlanta, GA.

The other semifinal game is the Fiesta Bowl played at the State Farm Stadium in Glendale, AZ. The winner of those two match ups will meet in the college football playoff championship game held at the Mercedes-Benz Superdome in New Orleans, LA on Monday, January 13th, 2020.

Although I will list all of the AP top 25 teams, I will only speak to the first ten elite college football teams for the time being.

This ACC powerhouse program of late and defending National Champions just need to show up for their 13 games as they may have the easiest road to the College Football Playoffs. Behind star sophomore quarterback Trevor Lawrence and mastermind head coach Dabo Swinney they just need to continue what they have been able to do over the last few seasons.

Alabama is right up there with Clemson, but they play in the tougher conference. The SEC has been extremely strong over the last decade and that conference is packed with great college football squads. Returning is the Heisman Trophy runner up quarterback Tua Tagovailoa who should have a fantastic season throwing to Jerry Jeudy who is the best wide receiver in college football this year. Head coach, Nick Saban, will have his hands full with playing other outstanding SEC teams such as LSU and Texas A&M. They have a great chance to run the gauntlet and make it to the College Football Playoffs this winter.

This may be the year that Georgia gets into the end of the season finale playing with the high powered talents of QB Jake Fromm and his counterpart on the offensive side of the ball in D’Andre Swift. If they can manage to stay out of the loss column for the majority of the season, they could get into the final four this December.

The Sooners will be as always, a great offensive team, but the main question is how will their defense be in stopping their opposing competition? The made a perfect pickup by stealing away Alex Grinch from The Ohio State University as their defensive coordinator. He is a master at pressuring quarterbacks and creating turnovers.

Their superstar quarterbacks have won the Heisman Trophy the last two seasons (Baker Mayfield and Kyler Murray), and they have now acquired the grad transfer from Alabama, Jalen Hurts to run their offense at quarterback. They always have a strong running game too. Oklahoma’s schedule is very manageable so as long as they don’t blow any games, they should win they also have a good chance to get to the CFP’s come the end of the year.

Ohio State stands tall as the best team from the Big Ten conference at the start of the college football season. Their defense should be up for the challenge of stopping their opponents even without Nick Bosa who is now in the NFL, but how will their offense be after losing their QB Haskins to the 2019 NFL Draft. They will now be reliant on their transfer quarterback, Justin Fields. They should be right up there in the race for the final four at the end of the year as well.

Their season like many other years will be dependent upon the outcome of the Alabama game which this year will be a road game for the Tigers. Unfortunately for LSU I think they will lose to the Crimson Tide for the ninth straight time this year and most likely miss out on the party set for December 28th, 2019.

Just like LSU has to get past Alabama the Michigan Wolverines and head coach Jim Harbaugh struggle a lot against their heavy rival in the Ohio State Buckeyes. They are returning starting quarterback Shea Patterson who is hoping his two solid recruits, Mike Sainristil and Giles Jackson, as freshman wide receivers will be high producing young talents.

The Florida Gators season may be on the line in week one when they play Miami (FL) on the road on Saturday, August 24th, 2019. They did surprise many college football fans last year by being a 10 win ball club. That opening game will be a fun way to kick off the 2019 NCAA college football schedule.

Last year the Fighting Irish of Notre Dame went undefeated in the regular season and made it to the playoff, but they played horrible in that playoff game showing their true weaknesses. Notre Dame is always a tough call as their season relies upon their strength of schedule especially being an independent team not belonging to any conference in college athletics. Their toughest games this season will be Georgia, Michigan, and their season finale against Stanford. I give them a 20% chance or less to squeeze back into the CFP’s.

The Texas Longhorns have been slowly trying to fight their way back into being considered one of the elite college football programs ever since the Mack Brown era ended in 2013. They have a stud quarterback in the junior Sam Ehlinger who will need everything he has to lead Texas past Oklahoma in the Big 12. It is nice to see them improve to give the Sooners a test in this conference.