The Arizona Diamondbacks and former San Francisco Giants starting pitcher, Madison Bumgarner, have agreed to terms on a new contract. The veteran free agent signed for five years and his latest deal is worth $85,000,000. 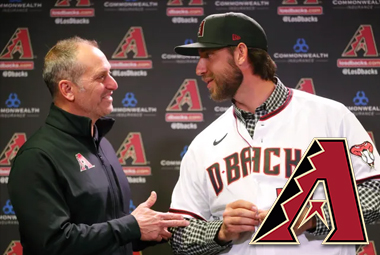 Over his legendary 11 year career with only the San Francisco Giants the big left hander has played on an elite level, and he has obtained some big time Major League Baseball achievements. Bumgarner is a three time World Series Champion (2010, 2012, 2014). He was selected to the MLB All Star team on four occasions (2013, 2014, 2015, 2016). In 2014 he was named the Most Valuable Player of the World Series (WSMVP) as well as the Most Valuable Player of the National League Championship Series (NLCSMVP).

Bumgarner was awarded the Silver Slugger Award in both 2014 and 2015. Let’s just say batters were not looking forward to face this guy in his prime (2012 to 2016). He intimidated hitters with devastating pitches. Madison Bumgarner was a fierce competitor, a valuable leader, and an extremely reliable teammate. I just hope he still has something left in the tank for the Arizona Diamondback as this big name free agent finishes up his illustrious MLB career.

"First and foremost, winning is what the whole decision was based on," Bumgarner stated. "Being with a team, that in my mind, plays my brand of baseball. Plays the way I like to play."

"His presence, his leadership, certainly his track record," says the Arizona Diamondbacks general manager, Mike Hazen. "All the things we've watched from across the field with the success he's had with the San Francisco Giants, we felt this was a big add for us."

"We thank Madison for all that he has given to the Giants and the Bay Area community and we are deeply grateful for the success, excitement and memories he created over a remarkable 11-year period in a Giants uniform," the San Francisco Giants said in a released statement.

"We feel like we're getting a top of the rotation starting pitcher," says Hazen. "We've parsed through a lot of the numbers. It is what it is. I get it. But what we saw this year, we thought we saw a really good starting pitcher. We feel like he's pitched at a level that we as an organization can benefit from."