The words have to come from somewhere, and it has to make some kind of sense.

But slang also has to be used.

I can argue that "wright" means a kind of worker or maker, because I can find those definitions in the dictionary. But that's a formal word that has fallen into disuse except in combination words like playwright.

Now, here and there you find native Spanish speakers who cannot handle the phoneme SH. they pronounce it as CH or as S. If this impediment were more common, there could be an impression among Spanish speakers generally that the word "cheat" is slang for human or animal waste, used in particularly derogatory manner.

If I claimed that, you'd tell me I'm confusing it with another word. and you'd be right.

I'm willing to believe in some Spanish speaking country or region punta means something dirty in a kind of slang. But I repeat I've never heard of it.

Finally if used to mean the tip of something while mentioning that something, then it's a slang phrase, not a word. IN the way that saying "rat's ass" means something insignificant, but ass doesn't mean insignificant.
Donald Trump is a fucking criminal
Wizard
Administrator

Ayer (yesterday) Paco gave us a Spanish anatomy lesson with punta del clitoris. I've never been able to figure out where that is exactly, so today let's go with something a little bigger for today's Spanish slang. Today's word is concha. The legitimate meaning is shell. The slang meaning is vagina or cunt, depending on how graphic your source is.

Normally I like to post a picture at about this point, so forgive me for forgoing that this time. As el rey (the king), I'm relaxing the language standards for purposes of discussion of Spanish slang, but pictures should still be PG-13.

Su concha huele a dulces = Her vagina smells like candy.

With that, I hand the ball over the more experienced Spanish speakers to elaborate.
It's not whether you win or lose; it's whether or not you had a good bet.
Nareed

Nareed
Joined: Nov 11, 2009
Again I've no idea where you're getting this. I suspect South American sources.

In Mexico concha does mean shell, it's also the name of a type of pastry, and a vulgar word for laziness.

BTW I don't mind the occasional dirty word. But if you're making it a habit or a theme, then, if it's all the same to you, I'd rather sit the next few posts out.
Donald Trump is a fucking criminal
pacomartin

La Concha is a hotel I stayed in at La Paz Baja South. So the word said in the right context is not vulgar, and does mean a sea shell.

Urban dictionary: South american insult. Concha means vagina in Argentina, Puerto Rico, Chile and sometimes in other Latin countries. Concha is also a sea shell but the shells are usually refered to as conchitas (little sea shells) to avoid saying cunt. While, concha-tu-madre is an insult, latin women do not always find the use of the word concha as a body part to be as offensive as english speaking women find cunt to be.
La concha de tu madre! = Your mothers cunt!
Concha es tu madre! = Your mother is a cunt!

(2) I love these sweet breads made in Mexico usually topped with a vanilla, chocolate, or strawberry flavoring in strips which make the bread resemble a seashell.

Again I've no idea where you're getting this. I suspect South American sources.

My sources are primarily from Argentina.

BTW I don't mind the occasional dirty word. But if you're making it a habit or a theme, then, if it's all the same to you, I'd rather sit the next few posts out.

Sorry. Tomorrow I'll tone it down.
It's not whether you win or lose; it's whether or not you had a good bet.
pacomartin 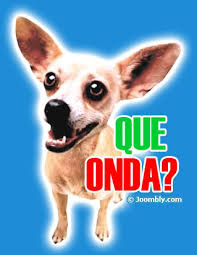 My sources are primarily from Argentina.

I know a little about South American slang, but not much and not beyond the mid-80s.

Sorry. Tomorrow I'll tone it down.

Oh, I don't mean you shouldn't pursue this trend if you want to, just that I'm not interested.
Donald Trump is a fucking criminal
Nareed

(2) I love these sweet breads made in Mexico usually topped with a vanilla, chocolate, or strawberry flavoring in strips which make the bread resemble a seashell.

1) I'm aware that pastry in Spanish is "pan dulce." However, sweet breads in English means animal entrails, specifically the pancreas and neck glands, that for some reason are considered edible in some places. I guess adding chocolate, vanilla or strawberry flavoring on top couldn't make them less appetizing.

As a rule you should always distrust literal translations, particularly of terms made up of phrases rather than single words.

2) Conchas are some of the most popular pastries in Mexico. You'll see them in every bakery, no matter how fancy, and are commonly available for breakfast at many restaurants. Yet I've never seen even a remote resemblance to sea shells. I'm not saying that's what they're named after, just that I don't see it.
Donald Trump is a fucking criminal
Wizard
Administrator

As promised, we'll lower the temperature today and go with something hopefully safe. Then again, I think punta was pretty tame, but the discussion on that lead us to some words you wouldn't say to your mother.

Today's word is boludo, which I think the closest English word would be dummy. Much like an insult here, it may come off as much stronger if made to someone you don't know than to a friend. In case Nareed should ask, this again is Argentinian in origin. Lamont (the "dummy") and Fred. Whatever happened to Lamont anyway?

Es tan boludo que necesita desnudarse para contar a 21. = He is such a dummy that he needs to undress to count to 21.

p.s. Oops, there I go raising the temperature again. Sorry if I offend anyone.
It's not whether you win or lose; it's whether or not you had a good bet.
pacomartin

It's a strange word of uncertain etymology. It seems to be a kind of mild insult in Argentina. It may mean "cojones grande" . But it also seems to be the name of a number of mountains including a Cerro Boludo in Texas.

It may come from a Hungarian word "bolond" which also means silly and foolish. It would be an unusual etymology, as Hungarian is not even an Indo-European language.
RSS Feed