And that ends the mattter. Because 1968. Bob Gibson.

So no other "sports" and "teams" are ever necessary. Next question.

Bob Gibson was from Omaha, and retired there. He opened a bar and grill next to Creighton while I was a student. We used to go in there often, met him several times.A very humble and practical guy. Very enjoyable restaurant, too. Super-clean and open secor, good food, priced for budget customers.

Might even still be open, not sure. Make the pilgrimage, DD. It was right next to the med school.


Wiki: ...and started "Gibson's Spirits and Sustenance" restaurant, sometimes working twelve-hour days as owner/operator.[86]
If the House lost every hand, they wouldn't deal the game.
Keeneone

Bob Gibson is obviously one of the best (if not the best). And the Redbirds are great with their 11 Championships. But when it comes to baseball there is only one team worth cheering for (or against for that matter): 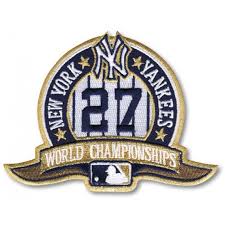 Keeneone
Joined: Aug 16, 2014
Tecate has an instant win/sweepstakes to get a free ppv code for this upcoming Las Vegas fight:

http://sweeps.tecatebeerusa.com/#/entry
If you are interested, you can just use the entry link. You can also use text to enter (look in the rules).
One entry per person/per day. I have already won one. GLTA
ontariodealer

Johnny Manziel is starting for Montreal and is attempting a comeback.

I'm pulling for him. He played the fool for a long time but I'm all for 2nd chances.

He was a truly great college player.

Many might doubt his skills are right for the NFL as many doubted Tebow.

that's okay. I'd still like to see Johnny do what he is capable of doing.

Johnny Manziel is starting for Montreal and is attempting a comeback.

I'm pulling for him. He played the fool for a long time but I'm all for 2nd chances.

He was a truly great college player.

Many might doubt his skills are right for the NFL as many doubted Tebow.

that's okay. I'd still like to see Johnny do what he is capable of doing.

Let's hope he showed less than what he is capable of last week against the Hamilton Tiger Cats when this was his stat line:

I'm just saying not to get your hopes up too high. When your entire season is in the toilet anyway, you might as well try to grab some headlines and generate some fan interest.

Last season, it was determined that Manziel would not qualify to play in the CFL during the regular season. In December of 2017, it was decided that he met the criteria to be allowed in the league. The same Hamilton Tiger Cats that whipped Montreal 50-11 last week made Manziel an offer that the latter's agent considered, "Unfair," saying his client should be worth more along the lines of $500,000-$550,000 per year, despite not being on a professional football team since March 2016.

The Tiger Cats and Manziel agreed to a two-year deal in May. Manziel would ride the bench as Jeremiah Masoli's understudy for the first six games of the season prior to being traded to Montreal. Masoli would go 17/26 for 300 Yards, 2 TD's and 2 INT's in that same game against Manziel.

For his part, Masoli (undrafted) was never a part of any NFL regular season roster, despite having been signed to the 49ers at one point.

All signs point to Manziel is going to positively suck, but maybe he'll surprise us.

In the meantime, Manziel's backup, Drew Willy has been injury-plagued all season.

Basically, you just have a case of healthy garbage replacing injured garbage on a garbage team.

Anyway, I hope he does well. At least well-enough to stick around on the team for the remainder of this season. He has a $122,000 base contract that is otherwise incentive laden, but it should be pretty easy to keep him from hitting the big incentives...especially if the team is in the toilet, anyway. Taking half of his team's snaps would effectively double his salary, but with eighteen regular season games and six of them in the books before he took one snap, he would effectively have to start and play through roughly 8.5 (he was yanked at halftime) of eleven remaining games. Really easy just to sit him instead of paying that incentive, even if he's doing well.

Expect nothing and you won't be disappointed, but we can hope for the best for Johnny Football.
https://wizardofvegas.com/forum/off-topic/gripes/11182-pet-peeves/120/#post815219
Mission146

At best, serviceable. That's if we're being really generous.

He was (kind of) responsible for a Touchdown. Manziel had a 17 yard run that he fumbled into the endzone, but was recovered by a teammate, to put the Alouettes up 16-11, the PAT would make it 17-11.

Two field goals and a TD later, and the Redblacks would lead 24-17 with 0:18 to go coming off of the strong performance of Redblack QB Trevor Harris (44/54, 487 Yards, 1 TD, 1 INT). Manziel would throw a 1 yard dump off pass to William Stanback, who took it another fifteen yards prior to being brought down.

And, that's it so far. Manziel has six quarters of CFL Football under his belt and is:

Again, though, he was at least semi-competent this game.

In a surprising move, the Roughriders released WR Duron Carter (he got to look at an NFL practice field once) after playing him on defense most recently as he has had an injury-prone season. Maybe the Alouettes will pick him up.

The Alouettes (1-7) will take on the Edmonton Eskimos one week from tonight, it remains to be seen who Montreal expects to start that game...I think one of their other quarterbacks might be healthy by then.

What's worse than a horrible team is a horrible team that has a close game until the very end. I had Alouettes ML and actually watched a stream of this game during the 4th quarter, when I could have been watching the Chargers vs Cardinals preseason!
"Man Babes" #AxelFabulous
lilredrooster