When to AVOID Promotions

Why Would I do That?

There are going to be any number of Advantage Players and recreational gamblers alike that feel the need to squeeze every dime they see out of what they deem to be an advantageous opportunity in the course of casino gambling.  While it is a positive to be able to recognize potentially lucrative situations for what they are and know how to take advantage of them, it is also important to be able to pick and choose one's spots and recognize that even a positive promotion can be a net negative for a player in the long run.

There are many types of promotions that fall into this general category, some of which include:

What many people do not realize about promotions such as these is that they may be losing more expected value by way of playing these promotions than they are gaining as a result of playing the promotions.  For example, let's say that a player can play a 99% Video Poker game and only have to earn fifty points (let's say $250) to pick a box on the kiosk with a guaranteed minimum of $10 Free Play and an unknown Expected Free Play average value.  Personally, I like to assume the average value is in the neighborhood of $15, but this might not be the sort of promotion that an AP or recreational player would want to do if that is ALL he or she plans to do. 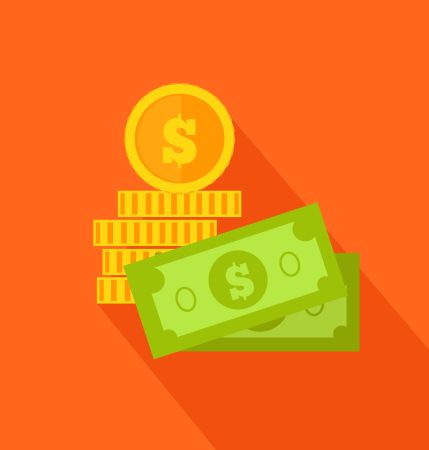 Consider that you play through the $250 and you win a theoretical $15 on the pick a box game: In this case, you have made +$12.50 in theoretical which, on a quarters VP game, probably took 20-30 minutes including the time it takes to go up to the kiosk, return to your seat and then download and play off the Free Play.  Essentially, this is a play that made you $25-$37.50 in that hour, (assuming you only have one card) so that obviously seems like a very good hour for the player.

One thing to consider is the fact that when it comes to your, 'Regular Offers,' casinos almost invariably take some form of theoretical loss into consideration.  That theoretical loss is perhaps not always in line with what the player is theoretically actually losing, (and shouldn't be, if one is an AP) but the casino does calculate a theoretical loss based on whatever percentage they use for the general game in question.  The theoretical loss is often calculated in the form of ADT (Average Daily Theoretical) in which the casino attempts to calculate how much a player is worth on a, 'Per visit,' basis.  Personally, I would devise a system by which I would use ADT for a guest's first visit, but after that, I'd be more inclined to switch to an ATT, (Average Trip Theoretical) or AMT (Average Monthly Theoretical) especially in the event that I was running the slot club at a more local casino.

However, ADT remains the de facto industry standard for computing a player's value to the casino.

The second thing that a player needs to realize is that the, 'Regular Offers,' are fairly generic for all except the highest tier players for whom a host is assigned, and additionally, such players also get generic offers that are on a more specific basis than players club tiers, but are still not on a terribly specific basis.  These tiers are almost invariably determined by what the house perceives as a player's theoretical, and if you are APing a casino in one way or another, these tiers make a HUGE difference.

For example, let's say that a casino awards something like 10% of ADT on a basis of six monthly visits, (commonly known as, 'Cycles,') less the average Free Play received on the cycles for the previous month.  Let's also say that the casino has horrendous Video Poker paytables for most games and denominations and also factors in player mistakes to determine a flat theoretical hold of 3% of every player's overall action on Video Poker.

What this means is that a player who puts through an average of $10,000 coin-in on a given visit will be calculated as having an ADT of $300.  Let us also say that such an ADT would result in offers of $30 per Free Play cycle, so even with our 99% VP machine, the player is likely not playing at an advantage.

However, for certain tiers, there is a points multiplier day that essentially makes the Video Poker game a near 100% game before factoring in these, 'Regular Offers,' 'Supplemental Offers,' or other discretionary comps.  In many cases, but not all, playing on the points multiplier day does not actually have an impact on what the casino considers to be that player's ADT.

Okay, so now the player essentially puts through $60,000 coin-in per month with an expected positive return of the $180 in Free Play as well as whatever the points themselves are worth, in cash value.  Along with the other comps (and value assigned) the player gets, it is not inconceivable that a savvy player may find himself/herself playing at a consistent advantage of 1% or greater.

On the other hand, let's say that the next tier level below only receives, 'Regular Offers,' of $20 in Free Play per cycle as well as lesser discretionary offers.  Perhaps the play level, in terms of ADT, is also the difference between having a host and not having a host.  While it is true that the player makes the same $12.50 in EV off of the promotion, even if the player plays $10,000 coin-in on the other six days, those four days at only $250 coin-in are seriously going to hurt the ADT.  The player drops from a perceived theoretical of $300 to a perceived theoretical of $183, which is going to be a huge difference in offers.

In fact, the player might even be lucky to receive as much as $20/cycle in Free Play, though different casinos have different tiers that work in different ways and I'm not going to pretend to know the specifics of any one.  Just on the face, assuming the player gets $20/cycle, the player has traded the EV of $60 in Free Play over that month for the EV of the $50 expected Free Play from the Pick a Box game.  When it comes to even bigger players, the potential for a detrimental effect can be even more pronounced, not to mention the potential differences in discretionary comps!

The worst part is that the player is making four visits to a casino in a month that require extra time and are ultimately costing the player money for a promotion that is, on its face, positive!

The best advice I can offer any player, whether an AP or a recreational player, is to simply pick the best promotion day during each individual, 'Cycle,' and to play on that day.  If there are multiple promotions that are hours apart and one of them is one of the, 'Smaller,' type promotions, then by all means, go for both if you like because that won't hurt your ADT!  It's the same gaming day!

I described the difference in $10 over the course of a month (and the extra time) as well as, 'Discretionary comps,' which I chose not to specify.  These other comps could potentially be worth hundreds of dollars a month, and for bigger players, the difference in Free Play could result in hundreds of dollars a month with the discretionary comps potentially turning the whole thing into a thousand, or more, dollars in lost value.  All of this comes about simply because a player wanted to extract every drop possible from a small promotion.

This obviously isn't going to be true for everyone.  For people of very small playing levels, if a given promotion EXCEEDS what you are getting in value on your Free Play cycles anyway, then by all means, hit up as many of these little promotions as you like!  The worst case scenario is that your, 'Regular offers,' get reduced to nothing, but you're getting better theoretical on the Promotions anyway.

Whether or not small promotions are worth playing or are best avoided is going to be on a case-by-case and player-by-player basis.  However, for those hoping to get the most value out of their play, whether it be Advantage Play or purely recreational play, I can only hope that this article will help people be cognizant of how low value promotions can potentially have an adverse effect on offers.

This is a useful article for someone like me. Thanks for your effort.

You're welcome, thanks for the compliment!