How NOT to Play Promotions

I have written a good many Articles about various Promotions and the different ways that they can be played, but I thought it might be prudent to write an Article geared toward recreational players about the worst ways to play Promotions that may seem like a good strategy at the time.  In this Article, we're going to take a look at a few different theoretical Promotions and discuss, if not the worst, then poor ways to play them that I think might initially spring to a player's mind.

The most interesting aspect of Loss Rebate Promotions is that you technically only realize the value of the Promotion by losing, right?  While that may be a mathematically true statement, the real value of a Loss Rebate stems from the fact that a player can bet high dollar amounts with relative impunity because the player will be able to grind back the majority of the losses on a lower denomination game.  Therefore, here are a few poor ways to play Loss Rebates:

Playing How You Would Normally Play

Many players simply do not put a lot of thought into game selection and denomination when going after a Loss Rebate Promotion.  There are some players who I have seen attempt to take advantage of a first day Loss Rebate by setting a certain win goal, but then just playing one of the games that he/she would normally play at the stakes that he or she normally would. 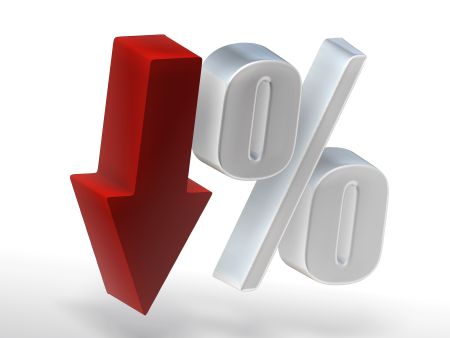 While losing is how a player actually realizes the value of a Loss Rebate, that doesn't actually make losing a worthwhile goal, and if a player sets a win goal of x at lower denominations, (while he or she may actually still be at an advantage) it is much more likely that a player will reach the win goal at higher stakes.

For example, let's assume there was a 9/6 Jacks or Better game at the quarters denomination for a $1.25 bet and a player on a $1,000 Loss Rebate wanted to either win $1,000 or lose $1,000.  The problem with playing this particular game is the fact that, in order to hit the win goal, the player is essentially going to need to hit a Royal Flush and be ahead while doing it.

Furthermore, 'The Drop,' between Royals (assuming everything else hits as Expected) is about 2.4368%, which means that a player will lose about 3.046 cents per bet until hitting the Royal.  Granted, this means that a player is expected to be able to go 32829.94 hands without a Royal before losing the entire $1,000.  The probability of not hitting a Royal AT ALL in those 32830 hands is approximately 44.36%, and even if the Royal does hit, that certainly doesn't mean the player will already be ahead at the time.  Chances are, the player won't.

Another example is slot machine or Video Keno players who simply look for their games of choice and decide to go after them.  Essentially, the same concept applies: these players simply are not playing games in which hitting the win goal is as likely as it would be playing the same game (or a different game) at a higher denomination.

The only possible exception to this Rule is if the casino in question is one that the player thinks that he/she will play at a good many times in the future.  In that case, a more conservative approach will be more likely to generate more coin-in which adds to a player's ADT...

But, that still kind of only works if you win.  The thing about the Average Daily Theoretical calculations for most casinos when deciding how much Free Play to award a player is the fact that they have also taken Free Play the player has already received into consideration.  The result of that is that a player doing a Loss Rebate who then receives the Free Play on a loss incurred will often take some time to get any other Free Play offers regardless of play because receiving the Free Play from the Loss Rebate thereby destroys the ADT.

For a player who wins on the first-day Loss Rebate, however, that player is actually going to end up receiving even greater benefits than the win itself.  Because the player did not receive the Loss Rebate, the ADT for that player is going to look really good if that player ran a ton of coin-in and there will be no rebate Free Play to offset the ADT.  As a result, someone who would normally be a low-roller can play way over his/her head for the day and receive comps generally reserved for higher level players.

Another possible reason to keep the bets small is if a player wants to have a greater probability of achieving a certain tier-status with the casino, but I imagine that is very rarely worth it, and if it is, that would probably only be so on a case-by-case basis.

To put it simply, if you really don't want to do any homework on the best way to approach a Loss Rebate and just want to play your favorite game, I suggest doing it for the highest bet amount available at that casino.

The reason for that is simply the Variance of the game.  When it comes to pays that return a fraction of the overall bet, you really want to avoid those when pursuing a Loss Rebate.  The reason is (assuming same overall bet amount) that such a machine will generally be less likely to hit an amount that corresponds to whatever the player wants his/her win goal to be.

If a player is not going to do any kind of advanced homework, then generally speaking, a player should look for a machine upon which as many single results as possible meet or exceed the player's win goal.  In fact, Bold Play would be a fantastic tactic, if achievable.

Imagine a Bubble Craps machine that allows for a Max Bet of $1,000, and that is also the amount of the Rebate.  The first thing that I would do is  make sure that the Bubble Craps game qualifies for the Rebate (because they are often excluded from Promotions such as this) and then do something like slap all $1,000 on the Pass Line.

Again, the vast majority of Loss Rebates would not allow Bubble Craps, so this is a mute point.  However, there were a few different casinos (in multiple states) this year that allowed a Loss Rebate to be used on either Table Games or Machines with the Table Games Loss Rebate being awarded in the form of Match Plays.

Therefore, the overall advantage is reduced to 22.86%, but that's still going to be a far cry better than the guy who just sits at his usual low denomination machine and plays until all of his money disappears.

Forgetting that the Value of the Loss Rebate is Always Changing

The interesting thing about this concept of, 'Win Goal,' that occurs to me is that everyone seems to look at win goals as a fixed and immovable thing.  That notion could not be further from the truth!

When you are doing a 100% Loss Rebate, it is important to remember that a $1,000 (for example) Loss Rebate is only a 100% Loss Rebate before you start playing, or at any time at which you are exactly even.  Given that a player can take the money and run at any given time, or alternatively, take a lesser Rebate than the $1,000 (awful!) the player needs to consider that the money that he/she is getting back on the Rebate is a percentage that continuously fluctuates.

For example, if you look at a player who is ahead $700, that would mean that the player would have to lose $1,700 in order to take full advantage of the Rebate.  However, it has ceased to be a 100% Loss Rebate at this time and has instead become a 58.824% Loss Rebate.  Granted, there is still an advantage to be had there, but it has been diminished somewhat.  To illustrate this, let's go back to our Craps example:

We see that the Expected Return is still close, but now that Expected Return only shows an advantage of 27.99% on the $1700 bet.  This may actually be something of an extreme example, but I am using it simply to illustrate that the Advantage changes relative to the ACTUAL Rebate percentage which changes according to how much the player has already won or lost that day.

With that said, though, if you are going to lose, you certainly want to lose the full $1,000 if you can afford to wait to get most of it back and know that you will return when you are supposed to.  Anyone can make a $1,000 Pass Line bet at Craps and win, such a player will still be playing at a disadvantage without something like this, which is why the value is actually realized when a player loses.  What would most diminish the value of the play is to be down but not go all the way with it!

Great article!! Hopefully everyone can read this and grasp the concepts.

Thank you! If they don't, I at least hope they will ask questions here.

I am having trouble with this. The EV of $1000 bet is the same, whether it is one bet or many bets [right?]. I am ready to believe betting the $1000 in one or just a few bets is a good move, but I am also ready to discount this example.

Do I just need more explanation? Sometimes I can be pretty dense.

That's why the Expected profit is just under $500.

I forgot I posted a comment. I get it now. I'm sure you're relieved LOL.