How NOT to Play Promotions Part 2

Please note that this Article is in the process of being Edited, therefore, some parts are redacted for the time being.

The first thing that we should do is differentiate between a Jackpot Bonus promotion and other similar Promotions such as Four-of-a-Kind Bonus or Top Line Pay Bonus, or Limited Jackpot Bonus.  For the purposes of this Article, a Jackpot Bonus refers only to a hand pay Bonus (sometimes double when these things are ran) or perhaps a Bonus of a reasonably high amount, such as $500.

There are some outstanding, awesome, epic and ridiculously TREMENDOUS ways to pursue a Jackpot Bonus of this nature, but I'm not going to share them here because I think I already might have a bounty of my head for publicly discussing an on-going Promotion at the Deep Red Precious Gem Casino down South somewhere...

Oh, right, they are also doing an offer match Bonus at that casino until December 30th, but I digress...

However, I will take this time and tell you how NOT to do it!

One of the most amusing things that I have seen and heard of regarding a Promotion like this is the first thing that the guys in Marketing want to do is say, "But, not on Video Poker!" and not permit Video Poker games to be played for a Jackpot Match Promotion.  In the meantime, I'm thinking, "That's great, don't allow the player to play the last game that he or she would ever want to play!" 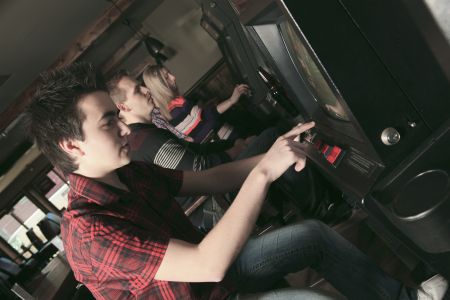 You don't believe me?

Okay check it out:

I'm going to pick a game that most casinos have at a denomination that most casinos have the game for, so we are going to look at Double Double Bonus.  We are also going to assume that the Promotion is such that it doubles any Jackpot of $500 or more, so let's see how that affects the return for $1.00 denomination DDB.  The relevant hands are going to be any Four Aces (kicker or not) as well as any 2's, 3's 4's with a Kicker and the Royal Flush, naturally.

Actually, that reminds me, one important thing to take into consideration is that many of these Promotions have an, "Up to," or, "Up to a Total of," proviso, so if you're going to get your Math on, please make sure that you take that into consideration.  I'm actually going to pretend that this Promotion has an, "Up to a Total Pay of $5,000," proviso for the purposes of an example, so the Royal Flush shall only be worth $5000, total.

The Return that I get based on these parameters is a very, 'Meh,' 107.3272%.  I scoff.  I could do better than that without even pulling out a calculator.

Maybe if we switch to the $5.00 denomination that will help...

The first thing that we are going to notice is that neither the Royal Flush nor the Aces with a Kicker are worth any extra now because of that $5,000 limit.  We shall also take notice that the Four Aces (no Kicker) and other premium Quads with a Kicker only go from 160-FOR-1 to 200-FOR-1 because we run into that $5,000 total pay limit.  Fortunately, all other Quads still get doubled.

There are many other types of games in which a player could do better than this, a random high denomination slot machine is likely better.  There are even some better ways than that which won't be discussed at this time.

Not this time.  This time, Video Poker sucks.

It is true that anytime the casino is giving you additional money for a certain result, provided that result is actually possible, that the player is getting a better return on the game, but I could easily name fifty slot machines (without even doing the Math) upon which I know a player could bet up to $2.00 total and still fail to be at any kind of advantage with a double jackpot promotion, even as low as doubling $500, or more.

Simply put, most low denomination games simply do not have very many results that yield a pay of 250-FOR-1 and those results actually tend to comprise a somewhat low percentage of the return of the overall game.  Again, to maximize the return of a promotion such as this, a player wants to get as much of the Expected Return of the Base Game to be in that jackpot range.

It truly is that simple.