How NOT to Play Promotions Part 3

The second installment of this series of Articles explored Double Jackpot Promotions and the worst ways to play those while the first installment took a look at Loss Rebate Promotions.  This Article is going to take a look at some other types of Promotions that do not necessarily warrant their own Article because they are lower value, although more common.

The vast majority of Four-of-a-Kind Bonus Promotions tend to invoke natural Quads as opposed to Quads with any kind of a Wild.  Therefore, a player simply wants to do everything that he or she can to increase the probability of natural Quads while still playing an Optimal Strategy based on the increases to the Quad Pay(s).

In other words, DO NOT play a Wild Card game of any kind.  I know this should go without saying, but I actually saw someone do a Four-of-a-Kind Bonus Promotion on Deuces Wild that was a flat Credit Promotion as opposed to a Double Quads Promotion.  Not only is it very difficult to achieve a strategy for doing this while playing Deuces Wild, (there is no way, even on the Wizard of Odds site, to even get it to differentiate between Natural Quads and other Quads with Deuces) but playing such a game dramatically decreases the probability of hitting Natural Quads because of how frequently you hold the Wild Cards with a Pair or Trips of something else.

And, Joker Poker?  A Joker can't even turn into any kind of Natural Quads, at least you could end up with Four Deuces on DW.

Casinos will often run a promotion such as this, and there are also coupons for many Boyd properties (play $10 get $10 in Free Play) in the American Casino Guide for 2016.

Are you ready for what NOT to do?

This is really simple.

DO NOT play any game other than the best returning game!!! 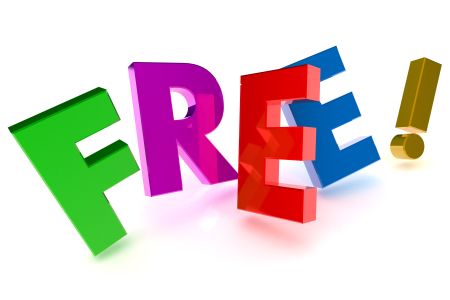 All you need to do is play the best returning game.  This is not a Loss Rebate.  There is a certain Expected Return on the initial $10 and there is a certain Expected Return on the $10 Free Play, and those two numbers should be the same because you should be playing everything on the best returning game.  The only possible exception is if you are absolutely determined to show some kind of profit and simply want to grind through the entire thing at a very low denomination on a game with low Variance.

Whatever the Maximum bet allowed with the coupon is, that is what you should be betting.  If you are not prepared to bet that, then see if you can sell the coupon for more than the Expected Value of the coupon based on whatever it is you are planning to bet.  If you play these things for less (especially the Free Ace) you must just really hate money.

I have spoken to so many people who have a crazy notion that they should bet huge amounts and simply try to earn the points as quickly as possible for something like this.  Their apparent reasoning is, "If I get one decent hit on this kind of bet, then I can't lose and will easily earn the points."

My response, you guessed it, "Play the best returning game."

Actually, that's not entirely true, if the y in question has a known value and you do not want the Variance, then there is always Video Blackjack as well as ways of playing certain other electronic games (not VBJ) in which the amount that can possibly be lost can certainly be fairly limited.

The most important thing to realize about playing casino promotions is that doing what you would normally do any other time is probably wrong.  In fact, when the Marketing guys are sitting around imagining what promotions they can potentially offer, they often go into it with the assumption that the players will, by and large, play the way that they would usually play which is still going to result in some kind of a loss for the player.

For example, we'll start with Loss Rebates.  Obviously, the first way that a casino makes money on Loss Rebates is that they are not exactly heartbroken if a given player does not return to collect the Rebate, because then the casino simply gets to retain the money that it already won.  An even better scenario for the casino, however, is if a player comes to claim the Rebate, loses all of that back, and then proceeds to lose even more money.

However, let's consider a player who is not completely stupid and at least loses some amount of money and then returns and plays off the Free Play and simply leaves.  Even in a scenario such as this, assuming the person is a slot player, the person is still going to end up with a loss of around 10% to the casino as compared to the original amount lost.  That's not to say that the player was not at an advantage as there are very few ways to play a 100% Loss Rebate that do not yield an advantage of some kind, but that advantage is certainly lessened by playing the way a player would normally play.

The same thing is true with double jackpot Promotions, in fact, many players play these potentially very lucrative Promotions still at a disadvantage by doing what they would normally do and playing the machines they would normally play.  By paying no attention whatsoever to the percent of the return of the base game ACTUALLY BEING DOUBLED a player can very easily still find himself or herself at a not negligible disadvantage.  It is certainly better to be playing with this promotion than without it, (as it does add value for any game for which the jackpot is possible) but that in and of itself does not necessarily put the player at an advantage.

An even more ridiculous example is a player that typically plays Deuces Wild (assuming it is a negative base expectation DW game) playing that on a Quads promotion that necessitates getting natural Quads.  Despite this stipulation, some players might choose to play such a game simply because that is what they are used to playing.

The thing is that you do not have to be at all advanced at Math to take advantage of these and other types of promotions, you simply have to think outside of your own self-constructed paradigm a little bit and do something other than what you would normally do.  Again, I can not spoon-feed anyone the absolute best way to play these types of promotions because I am starting to fear that I will be silenced. (I'm kidding, I think)  However, I certainly hope this series of Articles will help everyone out there avoid the worst ways to play these types of Promotions.