This Week in Gaming

Eventually this will stop being repeated, but I am going to reiterate that my (hopefully weekly) News & Notes is going to be an Article to go over the Week in gaming that consists of items that do not necessarily warrant their own Articles.

A Promotion on Top of a Promotion

Last week I wrote about a Promotion that is taking place at a casino that shall not be renamed at this time.  Both that Promotion and the one I am writing about today are scheduled to continue until 1230/2015, so I recommend getting in on it while you still can. 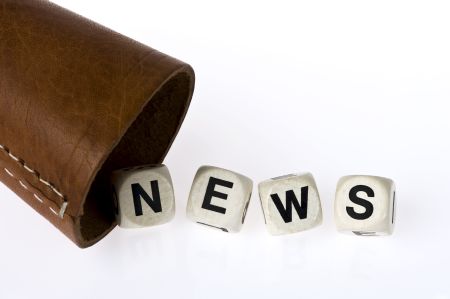 The second Promotion is an offer match for any Free Play or Table Games offer that is allegedly from any casino in the country.  I spoke to a Player's Club Representative who will remain unnamed who said, "As far as I know it is any casino in the country.  I have personally matched offers from California, I actually asked about that one because I wasn't sure, but my supervisor said, 'from anywhere.'"

Keep an Eye on January, Locals!

As a general tip, one thing that I have noticed about local casinos is that they tend to roll out reasonably strong (as compared to their other promotions on an intra-casino basis) in January.  The reason for this, I believe, is that January is a slow month for just about everything with it being just after Christmas and before tax return season.  In fact, the biggest offer I have ever seen in my area took place between January and March of this year, so I wouldn't be completely surprised to see another major roll-out at many other casinos around the country.

Make sure to pay attention to your mailers and take a look at the websites of the casinos nearest you.  While there were some TV/Radio spots done in the target area of the Major Promotion earlier this year, they did not do any such advertising in my TV/Radio market, and I only live forty miles away from that casino.

And, yes, this promotion was ABSOLUTELY worth a forty mile drive.  It was worth a one-hundred mile drive, if need be.

This is Dead Week in Vegas, folks!  If there was ever a great time to schedule an impromptu trip to Vegas, I would suggest these few days before Christmas are that time depending on the kind of flight deals you can get.  It is true that some of the shows go dark in the days leading up to Christmas, and a few restaurants are not open during this time, but that is more than compensated for by the fact that you will encounter almost no lines anywhere!  The first trip I ever took to Vegas was during Dead Week, and I am glad that I ended up going then.  There's plenty of time to take everything in and not deal with the hustle and bustle that generally accompanies a Vegas trip.

For the month of November as compared to last year, the Garden State experienced a gain of 51% in online gaming revenues.  It sure took awhile for them to get to this point, and one reason I suspect is the fact that the competition is essentially limited by the State, so the casinos do not necessarily have to offer as strong of promotions as one would expect from online casinos around the world.

It's actually unfortunate that the numbers for, 'Unregulated,' online gambling are not reported, (because they aren't tracked) it would certainly be interesting to see if more...um...New Jerseyians (?) are gambling at their State regulated and sanctioned casinos than elsewhere.

While you go to Las Vegas for Dead Week, you should certainly take advantage of a $500 Loss Rebate at one of the Las Vegas Casinos, do your homework to figure out which one.  If it works the same way as it did when I did it, then you will get 50% of your losses in the form of Free Play on the day immediately following the loss and the other 50% the day after that.  Those terms may have changed, however, so please make sure you call the casino or visit the players club for more details.

I have seen the coupon list for the American Casino Guide for next year and, perhaps predictably, it is not as good as it was last year.  One of the biggest differences is that the Slot Play Matched with Free Play coupons at the Boyd Casinos are now for new BConnected Members at the majority of those casinos, with The Orleans appearing to be one of the only exceptions.  I've not yet taken a look at the LVA, but at the top of next year I plan to look at both, determine what may be available elsewhere, and do an updated Article on the Expected Value for a Vegas newbie who wants to go around and collect the offers.

Next week's News & Notes may come out after Christmas, so if it does, make it a Merry one, everybody!

Alternatively, Happy Hanukkah/Festivus/Holidays, whatever your preferred way of taking December 25th off is, really.