Boyd Gaming Corporation is betting hard on Locals as it was mentioned in our previous News and Notes that they had agreed to purchase Aliante Station.  Less than a week later, it has been announced in sources such as the Wall Street Journal:

That Boyd is now buying the Cannery Casino (North Las Vegas) and Eastside Cannery (Boulder Highway) for 230 million dollars total.  As the WSJ reports, and as has been reported in various places on this site, Cannery Casino Resorts entered into a sale of its Pennsylvania property, The Meadows Racetrack and Casino to Gaming and Leisure Properties and that deal will close later this year.

I was neutral when it came to Aliante Station, but I hope that, while one can assume that the Cannery Casinos will be integrated into the BConnected Players Club Program, that Boyd chooses to retain the Cannery and Eastside Cannery brand as well as to continue with many of the promotions that were attractive to low-rollers.  WebPass was also another little thing that the Cannery Casinos had going on that was similar in concept (play games to earn points for comps) to MyVegas on Facebook.

What about the parent company of these two casinos, Cannery Casino Resorts, and its future?  Don't look to their website for answers, despite having sold the three properties they own since 2014, they have nothing in their, "Press Release," section since that date.  After selling the Rampart, they did manage it for a while before the company that owns it opted not to renew that agreement and took over the gambling operations themselves, so Cannery might get into management, acquire another property or fold up entirely...it's hard to say.

Again, this might be good for the LVA/ACG travelers that like to take advantage of those coupon books, Boyd seems to generally have an individual coupon for most if not all of its properties. 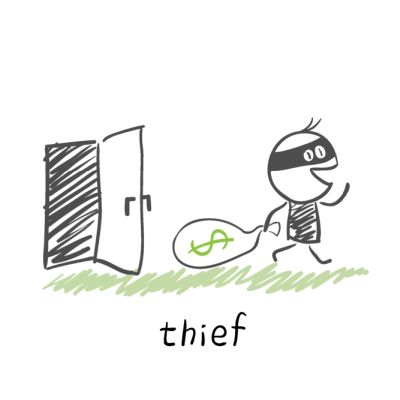 Armed Robbery at a Casino

In a robbery that is somewhat reminiscent of the, 'Motorcycle Bandit,' except this guy took off in a Mercedes, a masked robber armed with a semi-automatic rifle is reported to have entered the California Grand Casino in Pacheco at 4:45a.m. Monday Morning.  Nobody was harmed in this robbery and the robber got away (thus far) with an unknown dollar amount in casino chips.  Perhaps he will be smart enough not to have stolen huge denominations and then go online to sell them having announced that he stole them.

In any event, the perpetrator as of the time of this writing has not been caught and the exact amount in chips stolen has not been verified or reported.

Another Armed Robbery at a Casino

According to the Guyana Daily News, another casino armed robbery, this one involving four armed men at the Princess Hotel Casino in Providence, East Bank Demarara, is reported to have been an inside job.  This robbery was a little more violent featuring a polcie officer getting shot in the abdomen while a casino employee was shot in the hand.  It would appear that one of the perpetrators was caught while three escaped, however, the identities of the three perpetrators to escape are known.  All of the perpetrators were reportedly injured in one way or another during the escape.

Do you like some good BBQ?  You should.  The nation has many good BBQ towns, you should check one of them out.

Not Good Enough for Brockton?

Highlighting that they were essentially underwhelmed at Rush Street Gaming's proposal to build a 677 million dollar casino in Southeastern Massachusetts, the Massachusetts Gaming Commission has hereby voted 4-1 against the proposal.  In addition to being underwhelmed by the scope of the proposal, another factor may have been that the casino would encroach upon the one billion dollar First Light Resort and Casino which is to be a tribal property that has already broken ground.  One of the problems with a Mass. regulated casino being so close to the casino being built in Taunton is that the tribal casino would no longer be required to pay a 17% tax on its gross gaming revenue to the State.

If the State is to award another license, certainly they will want to avoid taking tax dollars from themselves in the process.

This decision was a bit telegraphed as, just a day before the official vote, the Chairman of the Gaming Commission lambasted the project as not having a, 'Wow factor,' and essentially dismissed it as a, 'Convenience casino.'

Casino Over Under Gets Placement

I want to take this opportunity to congratulate Forum Member KobalJ (Jason Kobal) and to announce that his proprietary Table Game Casino Over Under has been placed and is up and running at Magnolia Bluffs Casino in Natchez, MS.  As many Game Inventors will attest, simply getting a placement is difficult enough, but getting new placements can be even tougher, so as a result, many new games only have one shot at performing well.

With that said, I certainly hope that WoVers will join me in wishing Mr. Kobal the best of success with his game, while it will be a long journey ahead, it is undoubtedly impressive that he made it this far.

If You Are in Indiana Please Vote for Trump!

Granted, this is not gambling-related, but I really want Trump to win the Republican Nomination on the first ballot.  The reason why is because I want a Democrat (presumably Hillary Clinton) to win in the General Election and I think she has a better chance of beating Trump than anyone else...especially since he seems absolutely determined to somehow get his favorability rating with women to -100%!

However, I also have a non-selfish reason for wanting Trump to be the nominee and that is that he deserves it.  When Cruz and Kasich are openly making (and announcing) a consensus plan to deny Trump the nomination in a situation in which neither of them can mathematically win, I'm sorry, but that behavior should be considered patently ridiculous.  Trump appears to be the choice of the Republican Party pretty clearly, so he deserves to be Nominated on that basis.

I always enjoy and appreciate your articles, but please keep the politics out when not related to gaming.

Trump is testing my own vow, which is "anybody but Hillary". But I think it will hold, Bill Clinton back in the White House is beyond the pale for me. My money would be on the return of the Clintons, though, if I was to bet on it, which I won't.

I agree that you are best served by leaving politics out of your articles.

I'll bite. What does BBQ have to do with not having a casino in Brockton?