Preview of the 2019 NHL Stanley Cup Finals: The Saint Louis Blues vs. The Boston Bruins

First Round: The Saint Louis Blues defeated the Winnipeg Jets 4 – 2

Second Round: The Saint Louis Blues defeated the Dallas Stars 4 – 3

First Round: The Boston Bruins defeated the Toronto Maple Leafs 4 – 3

Second Round: The Boston Bruins defeated the Columbus Blue Jackets 4 – 2

Third Round: The Boston Bruins defeated the Carolina Hurricanes 4 – 0 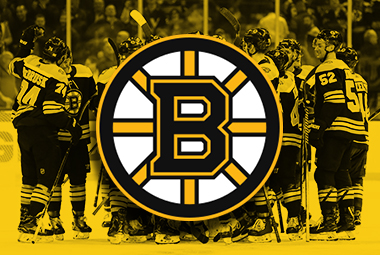 Statements from Players and Coaches

"It's just unbelievable where we were the beginning of the year to where we are now," says Patrick Maroon. "This team is relentless and will continue to be relentless."

"After having the start we did, it's amazing how we've been able to come back and now compete for a Stanley Cup," says Ryan O'Reilly. "I can't really describe how excited I am."

"It's awesome," says Tuukka Rask. "We've played great so far. It's not easy to make it this far, so super proud of the guys that we're here."

"We need to use [the time off] the right way," says Patrice Bergeron. "Obviously, healing the body, it's a lot of hockey, and we all know playoff hockey is a grind. A lot of work in front of us."

"It's going to be a tough challenge. That's a very good hockey team over there. They've played very well," added O'Reilly. "They just swept the Hurricanes, which is extremely tough to do. It's going to be tough, but we're a great team and I have confidence that we can do this."

"I think the big one was having [Binnington] come in. He brought some swagger to us, he won some games by himself. That gave us some confidence. Once we started to feel good about ourselves, we just really came together, and he was a big reason, sparking us like he did,” O’Reilly concluded.

"It would be a lot of emotion, no question," says David Backes. "It's a place that's near and dear to my heart, still got a lot of friends on that team, wish them the best, but I'm more concentrated on the Boston Bruins winning a Stanley Cup."

"They have a hard team, a hard team to play against, a really skilled team," says Vladimir Tarasenko. "We have a hard team too. It's going to be interesting games. I always told you we were going for the Cup. Just have a couple days to recharge and go for more games."

"We've earned the right to be where we are, to go to the Stanley Cup Final," says Bruce Cassidy. "We've beaten three good teams. There is some unfinished business, so that's part of the emotion you want to keep in check. You want to enjoy it, but I think our guys understand there are still four more steps to take."

The 2019 NHL playoffs have been alright so far, but I wish the series had gone longer than they have. I believe the Bruins will win this series in 6 games. If you are into sports betting the Bruins are currently the favorite to win game 1 of the series. I hope it goes to a game 7, and that the 2019 NHL Finals series is a close and exciting event.