The ten-part documentary following Michael Jordan and the 90’s Chicago Bulls was appropriately named “The Last Dance” by the Bulls former head coach Phil Jackson. He knew the dynasty was going to be broken up by the Chicago Bulls ownership and front office management following the 1997 – 1998 NBA season.

One of the major storylines stemming from the first two episodes that were aired last Sunday, April 19th, 2020 on ESPN was the feud between Scottie Pippen and the Chicago Bulls general manager at that time, Jerry Krause. Pippen signed a long-term contract extension after the Bulls won their first NBA championship title following the 1990 – 1991 NBA season. 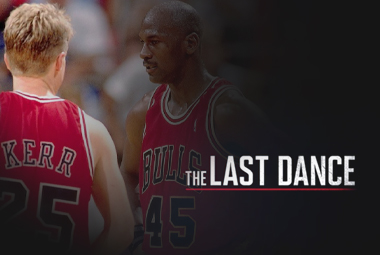 This $18 million contract extension was what Pippen wanted at the time in order to provide him and his large as well as poor family some security. Even the Chicago Bulls owner Jerry Reinsdorf told Pippen the deal was not in his best interest prior to Scottie signing the agreement.

Towards the tail end of the contract extension Pippen was the sixth highest paid player on the Chicago Bulls roster, and he was the 122nd highest paid player out of the entire National Basketball Association. This did not even come close to correlating with him being the second-best player on the Chicago Bulls and a top five player overall league wide in the NBA.

Pippen attempted to convince the Bulls front office management including the Chicago Bulls general manager at that time, Jerry Krause. Not only did Krause refuse to work with Pippen on restructuring his under appreciative and insulting contract, but he was working on offers with other NBA franchises to possibly trade Scottie before his current contract expired.

During the 1996 - 1997 NBA playoffs Pippen suffered a ruptured tendon in his ankle. Although Pippen struggled to make it through the remainder of the postseason run which ultimately led to the Chicago Bulls 5th NBA championship, his injury required surgery before he could play in the 1997 – 1998 NBA season. Instead of having the surgery performed during the NBA offseason the highly frustrated Pippen decided to put off having the operation on his foot until the 1997 – 1998 regular began. This caused him to miss a great deal of time during the first half of the last season together for the Chicago Bulls dynasty throughout the 90’s.

Teammates Respond to the Situation

Jordan stated in newly released documentary, “The Last Dance”, that Pippen was wrong to put their team in that situation as the Chicago Bulls struggled mightily without Scottie in the line up for the first half of the 1997 – 1998 NBA season. The Chicago Bulls sharp shooter, Steve Kerr, contradicted Jordan’s statement by claiming that none of the players on that team resented Pippen for intentionally holding off on having his surgery.

In my opinion I believe that both of them were correct. I don’t think that any players on that amazing Chicago Bulls 1997 – 1998 roster resented Pippen for sticking it to Krause, Reinsdorf, and the rest of the Bulls front office. They understood and backed up Pippen as they felt his frustration, and they all agreed that he was not treated right by the Bull’s ownership and management.

I also believe that Michael Jordan was fine with Pippen’s decision at first, but he was pissed off that the recently incredibly dominant Chicago Bulls began to struggle and lose games due to Scottie not being on the court. Jordan’s extreme competitive nature most likely got the best of him as he started to snap and lash out on his teammates for not playing harder. Either way everything worked out as Pippen eventually returned to the team at full strength, and the Chicago Bulls won their 6th NBA championship over eight years in 1998. 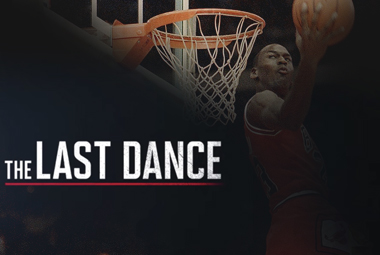 "Scottie was wrong in that scenario," Jordan stated in the episode, which debuted Sunday night on ESPN and Netflix. "He could've got his surgery done as soon as the season was over and be ready for the season. What Scottie was trying to do was trying to force management to change his contract. And [owner Jerry Reinsdorf] was never going to do that."

When Steve Kerr was asked if Pippen was resented by other player on the Chicago Bulls team that season Kerr responded by saying, "No, not at all."

"Everyone respected Scottie so much," says Kerr. "We felt his frustration. He probably should have been the second-highest-paid guy in the NBA or definitely top-five. So we all felt for him, nobody resented him for having that surgery. Later, we all understood, let's give him his space, and he's going to be there for the second stretch of the season for us."

"I decided to have surgery late because I was like, 'You know what, I'm not going to fuck my summer up,'" Pippen expressed in the documentary, “The Last Dance.”

"I think [Jordan] would have acted differently," Kerr explained. "I think he would have adapted to the scrutiny that he was facing."

"I always will maintain that the reason he went and played baseball was because he was fried emotionally from the scrutiny that really only he felt," Kerr proclaimed. "Watching him, by the time that I got there, and the life compared to everyone else. ... It was insane. So I think he had had enough and just stepped away for a little while, came back and was ready to roll."