Harry Glickman was a journalist, promoter, sports executive, and author, but he was most well known for founding the Portland Trail Blazers NBA franchise. He served as the owner, general manager, and the president of the Portland Trail Blazers throughout his executive career with the Western Conference basketball organization. Unfortunately, Glickman passed away on Wednesday, June 10th, 2020 at the age of 96. Although the cause of his death was not disclosed, he lived an accomplished, fruitful, and long life. 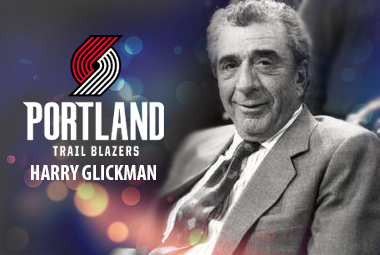 Glickman was born on May 13th, 1924 in Portland, Oregon. He was a survivor of an extremely rough childhood in which he endured the struggles of the Great Depression as well as his family members being sent to the Treblinka extermination camp when Nazi Germany invaded Poland in 1939. His mother, Bessie, worked in the lady’s garment industry, and Harry helped provide by working a paper route as a child. Glickman attended Lincoln High School located in the Goose Hollow neighborhood of Portland, Oregon where he played basketball and graduated high school in 1941.

The former manager of the Trail Blazers enrolled at the University of Oregon following high school, but left college to enlist in the armed forces to fight in World War II for three years. Upon returning he graduated from Oregon in 1948 with a degree in journalism as he aspired to become a sports writer. Harry was the campus correspondent for The Oregonian, the director of the university’s athletic bureau, and he contributed by writing for The Register – Guard which was the school paper.

He was busy as the president of his fraternity his senior year as well as serving as the editor of the alumni magazine named the Old Oregon. He pursued a job position at The Oregonian, but once that opportunity didn’t pan out for Harry, he decided to begin promoting sports events.

Later, Glickman formed an organization named Oregon Attractions, and that company primarily focused on promoting boxing matches early on eventually moving into show business. Harry was able to promote a Pacific Northwest tour for Judy Garland in 1955, but Garland refused to take the stage for the final concert of the tour in Spokane, Washington. Glickman became frustrated with that situation so he moved forward by only promoting sporting events.

His company was responsible for preseason NFL football games at the Multnomah Stadium located in Portland, Oregon. They were also accountable for Harlem Globetrotters games and post season NBA All Star games at the recently opened Memorial Coliseum in Portland.

The former manager had always set his sights on bringing a professional basketball team to Portland, OR. Harry proposed a bond for the Memorial Coliseum, but the National Basketball Association passed on that deal in 1954. Glickman was able to negotiate a deal with the American Basketball League to bring a franchise to Portland, but unfortunately the ABL shut down prior to his team was able to be founded and integrated into the ABL.

Glickman finally was granted his opportunity to bring a basketball team to Portland when he won an expansion franchise from the National Basketball Association, but he would have to come up with $3.8 million in only several days. Determined to not be deterred Glickman swiftly convinced three wealthy real estate developers to invest in this NBA expansion team forming in Portland. Those 3 investors were Herman Sarkowsky from Seattle, Larry Weinberg hailing from Los Angeles, and Robert Schmertz out of Boston. In 1970 the Portland Trail Blazers were founded as an expansion franchise of the NBA.

Harry held that position as well as a variety of other roles with the Trail Blazers until 1994 when he retired. Glickman stayed on as the Trail Blazer’s president emeritus following his retirement as their GM. In 1988 the team was sold to Paul Allen, and Glickman’s son Marshall was granted the promotion to Senior Vice President of the Portland Trail Blazers.

Glickman laid the groundwork and managed the ball club well enough for the Portland Trail Blazers to win their one and only NBA championship in 1977. That team featured the superstar center Bill Walton who was awarded the NBA Finals MVP in 1977 and the NBA MVP in 1978. Harry was responsible for helping the Portland Trail Blazers winning two other Western Conference championships in 1990 and 1992, but unfortunately those teams had to deal with Isiah Thomas and the “Bad Boy” Detroit Pistons in the 1990 NBA Finals followed by Michael Jordan and the Chicago Bulls dynasty in the 1992 NBA Finals.

Under the leadership of Glickman, the Portland Trail Blazers set the American sports record for most consecutive home sell outs with 814. This record was eventually broken by the Boston Red Sox. He was inducted into the Oregon Sports Hall of Fame in 1986 for all his tremendous contributions to sports in the state of Oregon.

In 1992 Glickman was honored as Portland, Oregon's First Citizen of the Year. He was awarded the John Bunn Lifetime Achievement Award in 2019 by the Naismith Memorial Basketball Hall of Fame. This was earned by Harry’s significant contributions to the sport of basketball. Harry Glickman was a great man that lived a wonderful and long life. He will be remembered for his passion and love for sports specifically basketball. Glickman will be greatly missed by all that knew him well. 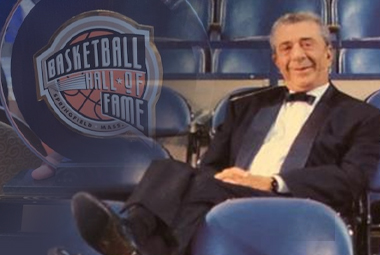 The Portland Trail Blazers Tweeted: “The father of professional sports in Oregon, a true Trail Blazer.

We will miss you, Harry”

"Harry Glickman laid the foundation and established the benchmark for small-market success in the NBA," says Neil Olshey who is the president of basketball operations for the Portland Trail Blazers. "He was the driving force that set the stage for the 1977 NBA championship, a seminal moment that elevated Portland and allowed it to join the elite of professional sports franchises."

"He built a remarkable, impeccable, magnificent empire. When talking about Harry Glickman, you can empty the thesaurus in terms of nice things to say.''

"The Trail Blazers have long been the beneficiary of Harry's vision, generosity and inspiration," exclaimed the chair of the Portland Trail Blazers, Jody Allen. "As the team's founder and first general manager, his leadership was instrumental in igniting our city's pride and passion for sports. ... He will be missed by many."

"Harry was the definition of a true Trail Blazer," the president and CEO of the Portland Trail Blazers as well as the Rose Quarter Chris McGowan explained. "Through his dedication and persistence, Harry not only created a successful sports franchise in a small Western market but has united hundreds of thousands of people around the world through a shared love of basketball."

I did not know much about Harry Glickman, but those people that worked with and for him with the Portland Trail Blazers organization seemed to love him quite a bit. He lived a nice long and fruitful life, and Glickman will be greatly missed by all that knew him well.