On Saturday, August 29th, 2020 the former superstar of the Portland Trail Blazers, Cliff Robinson, tragically passed away at the young age of 53. His death came after a year long tough battle with lymphoma. Robinson will be greatly missed by many, and he will be forever remembered for his tenacity on the basketball court especially in the National Basketball Association.

Lymphoma is a form of cancer that attacks the lymphatic system, which is part of the human body's germ fighting network. The lymphatic system consists of the lymph nodes (lymph glands), spleen, thymus gland, and bone marrow. Lymphoma may affect all those areas mentioned above as well as some other organs throughout the body. 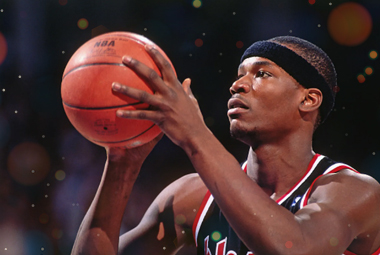 Robinson was born and raised in Buffalo, New York. He attended Riverside High School in Buffalo, NY, where he excelled at the great game of basketball. In 1985 Cliff decided to enroll at the University of Connecticut also known as UConn. He played all four years of his college basketball eligibility with the Huskies where he was named to UConn’s All Century Men’s Basketball Team.

On February 5, 2007, his number "00" was eventually retired at Gampel Pavilion during the halftime break of a UConn ball game against Syracuse. That night Cliff became a member of the "Huskies of Honor" including a ceremony which recognized the personal achievements of 13 former players and 3 coaches.

The 6 foot 10 inch 225 pound power forward / center helped lead the Portland Trail Blazers to 2 NBA Finals appearances. Unfortunately, they lost both of their NBA Finals manifestations to the Detroit Pistons in 1990 and the Michael Jordan led powerhouse Chicago Bulls in 1992.

“His streak of 461 consecutive games played with the Trail Blazers still stands as a franchise record, and Robinson ranks among the team's all-time leaders in blocks (2nd), points (5th), games played (5th), steals (6th), 3-pointers (7th) and rebounds (10th),” according to the analysts of ESPN.

Robinson was a great basketball player, and he was an extremely fun contributor to watch while with the Portland Trail Blazers of the late 80’s and the early 90’s. He definitely left his mark on the National Basketball Association, and he will be sorely missed by all those that knew him well. 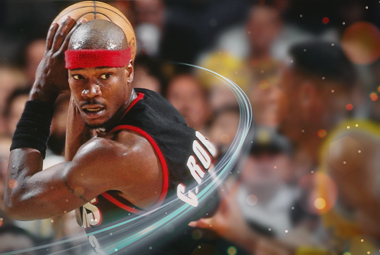 "It's really sad to hear of this, because he was one of my kids, my players, a guy I watched grow into a man," Jim Calhoun expressed. "It's not an easy thing."

“The Trail Blazers organization is deeply saddened by the passing of Trail Blazers great Cliff Robinson. We extend our heartfelt condolences to Cliff’s family & loved ones. Uncle Cliffy will be greatly missed by the Trail Blazers & all of Rip City.”

"The Trail Blazers organization is deeply saddened by the passing of Trail Blazers great Cliff Robinson," the Portland Trail Blazers said in a recently released statement. "... His personality and energy were unmatched, and his contributions on the court were unmistakable, helping the Trail Blazers into the playoffs each of his eight seasons with the team. ... We extend our heartfelt condolences to Cliff's family and loved ones. Uncle Cliffy will be greatly missed by the Trail Blazers and all of Rip City."

"Clifford was the consummate professional who loved the game and played with an incredible sense of both joy and intensity during his outstanding 18-year career,'' the Golden State Warriors stated.

"I can't believe it," says Erik Spoelstra. "It's shocking to me because I was in college and just right after college, so I'm not that much younger than the players on the Portland Trail Blazer team. And if you just look at that team, there's four players that are not with us anymore. Starting with Drazen Petrovic, [Jerome] Kersey, [Kevin] Duckworth, and now Cliff Robinson. I'm shocked, I'm stunned, all you can do is send your prayers and condolences to the Robinson family."

“The UConn Basketball family mourns the loss of a legendary player and person, Clifford Robinson. Our thoughts and prayers are with Cliff’s family at this difficult time

"He averaged five points as a freshman and I remember I told him, 'You have two choices: I can kick you out if you keep doing what you do, or I'm going to watch you play a lot of years in the NBA,'" Calhoun said. "He chose the latter, which was good."

"He was our first great player," Calhoun proclaimed. "He gave legitimacy to the program. As a player coming in, here's this guy playing on TV for the Trail Blazers, watching him play, watching UConn being mentioned. You could not pay for the exposure that he gave us."