Here is a off topic question. Can caer be used to mean "like." In particular, how would you translate this:

A Rachel le caía bien Howard. This is supposed to be a translation of "Rachel liked Howard," but I've never seen caer used in that way.

I can't say for other countries, but in Mexico that would be perfectly well understood to mean just that.

If you said "Me cae bien," you mean "I like her."
Donald Trump is a fucking criminal
Nareed

Why don't you pick an easy word, like "magnetohidrodinámica"? :P (That's, naturally, magnetohydrodinamycs in English; the study of plasma).

The conjugation yuo used is in third person, when on the example I assume the teacher is addressing the students, which she'd do in second person.

A desk in a classroom where the students sit is usually called a "banca." The word should mean "bench" or "bank," but somehow it also mens "small desk where the srudent sits at in a classroom." The real formal word for sucha thing is "pupitre," which I see why it isn't used; it sounds too clumsy.
Donald Trump is a fucking criminal
pacomartin

In this article about relative pronouns of which "que" is the most common the author points out that the usage is different than in English.

While "that" is the most common English word used to translate "que", sometimes "which" or "who" or another relative pronoun is more appropriate. These three examples are proposed:

Why does "le" refer to me? I thought the "voy" already established I was talking about myself.

I've been mulling this over. You could also have said "entonces voy a darLE un ratón...." but you see the "LE" remains stubbornly there. I can't say for sure it refers to you, though that made sense when I first said it. I would suggest asking someone who know the rules of grammar explicitly rather than implicitly. I think "le" in these cases refers to you performing an action, giving in this case, on the snake. Whereas "LA voy a alimentar..." means on what or whom your'e performing the action on.

Me, you could use me for this joke:

Q Why is it important to have good grammar?
A Because she's nice to you even when your parent's ain't.
Donald Trump is a fucking criminal
Wizard
Administrator 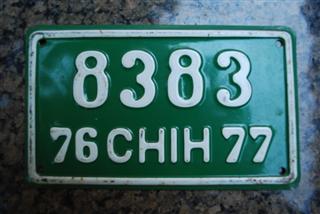 Note: Philadelphia Eagles colors! Or is it closer to the Jets?

Today's estado is Chihuahua, the largest by area in Mexico. The largest city, Juarez, is known for both economic prosperity, as well as having one of the highest homicide rates in the world in a country not at war.

Personally, I have been Chihuahua, having spent about a few hours in Juarez once.

Another question for the advanced readers is what is the difference between cumbre and cima?

Estoy orgulloso que llevé la cumbre de la montaña. = I am proud that I reached the summit of the mountain.
It's not whether you win or lose; it's whether or not you had a good bet.
pacomartin

The ancient history of the breed is in dispute. Botticelli described a dog that sounds very similar in 1480.

A progenitor of the modern breed was reputedly found in 1850 in old ruins near Casas Grandes in the Mexican state of Chihuahua from which the breed gets its name, although most artifacts relating to its existence are found around Mexico City.

The breed originally became popular in Texas, Arizona and New Mexico and the breed was first recognized by the American Kennel Club in 1904.

I believe that "cima" specifically refers to the highest point, while "cumbre" can refer to not just the "cima" but the major portion of the mountain (i.e. not the foothills).
Nareed

Fancy that. I touched off an Ubran Legend... That's a motorcycle plate. car paltes ahd thsoe colors, or near enough, if memory serves, around 80-82.

as well as having one of the highest homicide rates in the world in a country not at war.

That last clause is debatable.

Most likely not. There are many things here named for palces they ahve no relation to. Off hand, did you ever see or taste "cacahuates Japoneses" while in Mexico? They're very popular, but there's nothing Japanese about them. they're sold under Oriental sounding brands, like Nishikawa, Karate and so on. They're plain peanuts, roasted, covered with a crunchy shell.

Another question for the advanced readers is what is the difference between cumbre and cima?

As words to refer to the top of a mountain, none that I'm aware of. However, a high-level meeting of the top officials of different countries is called a "cumbre" which means "summit," and that word is used or ws used in English as well.

Estoy orgulloso que llevé la cumbre de la montaña. = I am proud that I reached the summit of the mountain.

I believe that "cima" specifically refers to the highest point, while "cumbre" can refer to not just the "cima" but the major portion of the mountain (i.e. not the foothills).

I can't contribute to the Spanish discussion, but perhaps I can add to the confusion on highest parts of a mountain. On my recent visit to Lake Tahoe, I drove several times between the lake and Carson City, along route 50. At the highest point of the road, there is a sign saying "Spooner Summit, Elev. 7141 ft." (if memory serves correctly on the elevation.) I thought it was interesting that this point was labeled a "summit" since the land clearly went higher on both sides of the road. I considered it more of a pass or a saddle in the mountain. I have done a quick check on line and found a trail map and a reference to Spooner Summit as having an elevation of 7150 ft. I would be very surprised if the land on the sides of route 50 does not extend more than 9 feet above the roadway.

So what is the "summit" of a mountain and where should its elevation be measured? Does this have any relation to a "cima"?
pacomartin

If my Spanish isn't improving, at least I'm learning some good trivia about Mexico.

If you have $1600-$2000 for a couple, the Mayan Express is train ride that will take you on a tour through the ruins in Mexico

You can rent a car and do the same trip for a fraction of the price. If you are looking to do something that none of your friends have ever done, the car ride is about 3-4 hours from Palenque to the small town on the river dividing Mexico and Guatemala. The next morning you do the 50 minute boat ride to the hidden city of Yaxchilan which is just on the Mexican side of the border. You can cross into Guatemala with papers and go to Tikal, but that takes considerably more time and money.

The border with Guatemala is a nasty one. Chiapas is "considered one of the worst places in the world in terms of child prostitution", where young girls can be bought for $100 to $200. But you should be OK if you follow simple precautions.

The majority of American tourists have only seen Tulum and Chichen Itza.

If you are not as ambitious to spend that much time on an adventure, you can rent a car and see Coba ruins inland from Playa del Carmen area. That is safe enough that you can bring your children. It is one thing to see ruins covered with tourists surrounded by neat lawns, and another to see them just being uncovered from the jungle where you can rent an old beat up bicycle to navigate through the jungle paths. That should be worth an afternoon.
pacomartin

I wouldn't eat green eggs, either. BTW it's "No me gustan LOS huevos verdes..."

I caught this video from the Food Network about eating "Tacos de Cabeza" from a stand in Oaxaca Mexico. For those of you who were squeamish about eating animal organs, they give you an idea of how many parts of the head you can make into a taco.

Susan Trilling (who is in the video) lives on a ranch in Etla (just north of Oaxaca city) where she runs a very expensive cooking school. She is not 100% Mexican, but I think her husband is. She is probably the best known person on the international food circuit who lives in Oaxaca.