I thought Close Encounters was outstanding,

I was bored out of my skull.

but E.T. was overly cute and campy but still a good flick.

I'll buy overly cute and campy, even with the ugly alien. Still a good flick, no. I don't mind sentimentality. In the right context I even like it. I'll come clean, I weep, in a good way, everytime I hear Ego's review of Gusteau's in Ratatouille. I get goosebumps at the mention of "a great artist can come from anywhere." There.

I dind't see Avatar. The reviews and previews struck me as eye-candy-coated viro preaching.
Donald Trump is a fucking criminal
pacomartin

The one thing I remember from Close Encounters that really bugged me (and Nareed, you will appreciate this) is a throwaway line from the beginning where one of the scientists talks about just coming in from "Villahermosa."

Villahermosa is the capital of Tabasco State. Surely they meant Hermosillo, the capital of Sonora. Just sets the tone for the rest of the crappy movie.

There was a prominent UFO sighting on 22 Dec 1975 in Hermosillo, right around the time they would have been writing the script. They shot the movie in Querétaro, Mexico which is south of Hermosillo. Devil's tower is in Wyoming (nowhere near Mexico).

I am not sure why they put Villahermosa in the script. Maybe they thought it sounded more exotic. It could be something simple like one of the writers had relatives there.

It's not like I remember much of it, but did they even say they were in Sonora or anywhere in the North of Mexico?

Just sets the tone for the rest of the crappy movie.

Maybe. Then again Nareed's first law of movie-making is "Nothing is so simple that Hollywood can't FUBAR it"
Donald Trump is a fucking criminal
Wizard
Administrator

Today's SWD has various meanings: spring (the kind where water comes out), source, fountain, or dish (like a plate). These all seem to be based on something that emits something else. Perhaps dish is a stretch, but it presents the food on it.

La cena será servida en una fuente de plata. = Dinner will be served on a silver platter.
It's not whether you win or lose; it's whether or not you had a good bet.
pacomartin

Today's SWD has various meanings: spring (the kind where water comes out, source, fountain, or dish (like a plate).

Like the English cognates: <<font>> and <<fount>> , the word is more about origins , and not so much about aesthetics.

Un definicion de fuente : Plato grande, más o menos hondo, que se usa para servir los alimentos.
So the definition which translates as "Large plate, more or less deep, which is used to serve food", implies that the plate is the source of the food.
Nareed

Today's SWD has various meanings: spring (the kind where water comes out, source, fountain, or dish (like a plate).

The most common meaning is "fountain." as in a decoration that spews water. The next most common is spring, but even then other words are used instead, like "manantial." A a kind of dish, not just any dish, it's used seldom, and mostly by people showing off they know an obscure definition for a common word.

Nothing wrong with the sentence. But it wouldn't make sense to many native speakers. The phrase "on a silver platter" isn't really used in Spanish. There's a similar one: "servido en charola de plata," meaning "served or delivered on a silver tray." I'm not entirely certain what it means, but it refers, for example, to using a silver tray to present something to someone.
Donald Trump is a fucking criminal
Nareed

Nothing wrong with the sentence. But it wouldn't make sense to many native speakers. The phrase "on a silver platter" isn't really used in Spanish.

If it's any consolation, I kept tripping up this way when learning English. There was the time when at a stake house in NYC I ordered a steak cooked "three quarters." Or the time I wrote this sentence "The pillow behind her head felt like a hard stone." I forget what it was for, but I recall writing it.

It might be useful if you made a list of common idiomatic expressions in English, and I tried to provide equivalents in Spanish. Some simply won't exists, of course. Here's an example:

"Don't look at a gift horse in the mouth." A literal translation would be "No le veas la boca a un caballo regalado." Which sounds wrong if not outright nonsensical, even though there is a similar phrase used in Spanish: "A caballo regalado no se le ve colmillo." The intended meaning is the same, but the literal meanings vary. The Spanish phrase literally translates as "you don't look at a gift horse's fang." If I said that you'd probably think "What the f***?"
Donald Trump is a fucking criminal
pacomartin

It might be useful if you made a list of common idiomatic expressions in English, and I tried to provide equivalents in Spanish. Some simply won't exists, of course.

Here are a couple of common idioms.

Son of a Gun:
Between A Rock And A Hard Place:
Curiosity Killed The Cat:
Excuse my French:
Cock and Bull Story:
Funny Farm:
Knock On Wood:
No Dice:
A Chip On Your Shoulder:
A Bird In The Hand Is Worth Two In The Bush:
Cross Your Fingers:
Peeping Tom:
Raining Cats and Dogs:
When Pigs Fly :

More literal idioms
A Slap on the Wrist:
Drink like a fish:
Back Seat Driver:
Your Guess Is As Good As Mine:
Great Minds Think Alike: 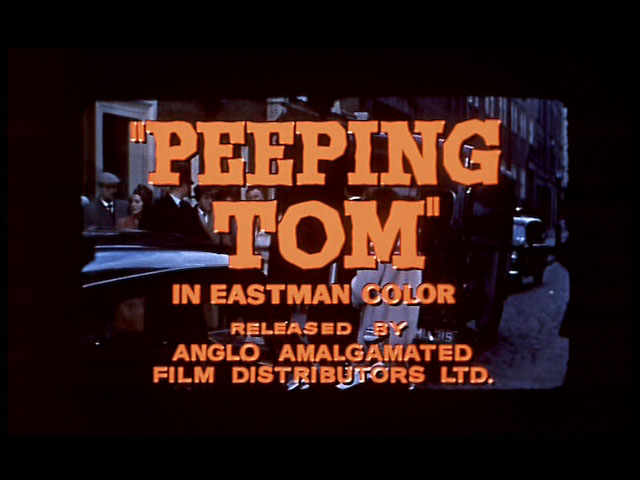 Most of them have been around for a while and people use them without knowing their origin. One of the better known origins is "Peeping Tom" which comes from the story of Lady Godiva which is a thousand year old tale of a noblewoman who rode naked through the town to protest something her husband did as governor. All the townspeople agreed not to look at her out of respect except Tom .

Google Translate seems to deal with this idiom as a complete phrase, suggesting that the idiom exists in Spanish as well.
A Bird In The Hand Is Worth Two In The Bush
Más vale pájaro en mano que ciento volando
Wizard
Administrator

It might be useful if you made a list of common idiomatic expressions in English, and I tried to provide equivalents in Spanish. Some simply won't exists, of course. Here's an example:

That's enough for now. I'm sure Paco can help shed light on the origin of some of these.
It's not whether you win or lose; it's whether or not you had a good bet.
pacomartin

From memory, I only remember a few.

This was a phrase that went back to buying bolts of cloth. One of the standards was 9 yards, so you were buying the whole bolt.
Probably obvious
We discussed this in an earlier post. Someone else supplied the answer. It's actually uncertain origin but the belief is the old french word for a supporting beam was "boqet" (or something similar). When you strung an animal up by his legs to slaughter him, he would kick the beam in his death throes.


Obvious reference to Wagnerian operas. They went on for hours- I think the entire Ring cycle is over 20 hours long. The image of Brunhilde singing her final chorus is probably the most pervasive vision people have of opera, even though most operas that are performed are Italian style, and not Germanic. For instance if you ask someone to sing an operatic line, they will most often say Figaro-Figaro-Figaro.
' rel='nofollow' target='_blank'>http://hmunro.files.wordpress.com/2011/05/brunhilde.jpg]

I would have to google the other ones.
RSS Feed