Wizard
Joined: Oct 14, 2009
Bonus question -- Who was on the cover of Frank's missing TV Guide?
It's not whether you win or lose; it's whether or not you had a good bet.
TigerWu

Bonus question -- Who was on the cover of Frank's missing TV Guide?
link to original post

Correct!
It's not whether you win or lose; it's whether or not you had a good bet.
Gialmere 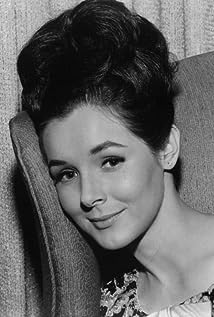 Soap opera star Kathryn Hays died in Fairfield, Connecticut, on March 25. She was 87. Cause of death was not released.

Hays played the role of Kim Sullivan Hughes on “As the World Turns” for 38 years. She began her career with TV roles in the early 1960s. She appeared in “Bonanza” and “Route 66,” in addition to the spy series “The Man from U.N.C.L.E” and other shows. She also appeared in the television film “Yuma” in 1971. She might, however, be best remembered for playing the titular mute hero, Gem, in the Star Trek episode “The Empath.” 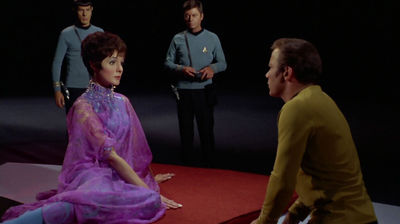 Prolific character actor, Nehemiah Persoff, died last Tuesday in San Luis Obispo, California. He was 102. He had been in a rehabilitation facility for many years due to a stroke and other health issues.

Persoff’s is well know for TV roles in the ’60s, ’70s, ’80s and even into the ’90s including appearances on “The Untouchables,” “Gilligan's Island,” “The Wild Wild West,” “Mission: Impossible,” “Gunsmoke,” “Marcus Welby, M.D.,” “Baretta,” “The Six Million Dollar Man,” “Little House on the Prairie,” “Hawaii Five-0” and “Star Trek: The Next Generation." He was also in such films as “Some Like It Hot,” “The Greatest Story Ever Told” and “Yentl,” in which he portrayed Mendel, the father of Barbra Streisand’s character.

He's probably best remembered for his role in the The Twilight Zone episode “Judgment Night" where he played a man on a transport ship traversing the u-boat infested waters of the North Atlantic during WWII. 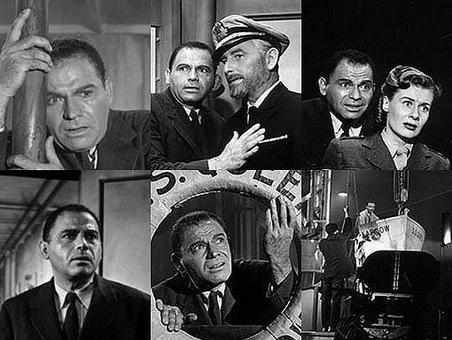 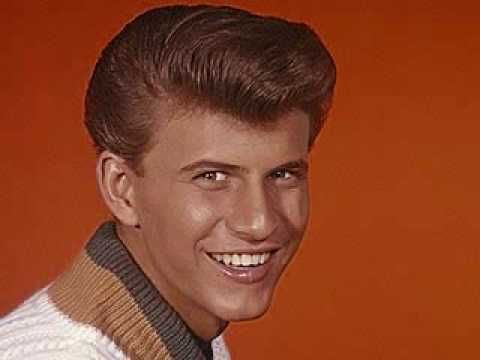 Bobby Rydell, the 1960s teen heartthrob died on April 5 at Abington Township, PA. He was 79. Cause of death was pneumonia.

Rydell grew up in the same Philly neighborhoods as Frankie Avalon and Fabian, other iconic singers of the era. He had many hits, but most people know him for his cover of “Volare,” which he called “my walk-in music and my walk-off music.” He also acted, most notably in the movie version of “Bye Bye Birdie." 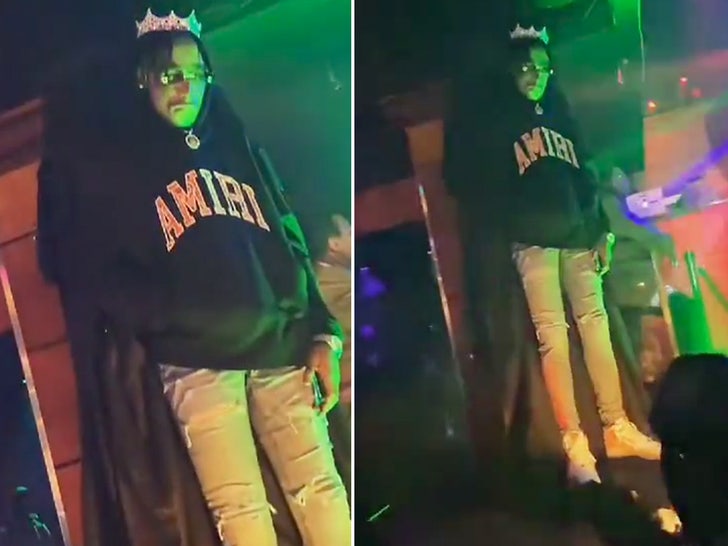 A 24 year old rapper called Goonew (real name Markelle Morrow) was shot and killed in District Heights, Maryland, on March 18. A memorial concert was held at a nightclub in Washington D.C. and oh boy did the attendees get more than they bargained for when they paid their $40 cover charge. There stood Goonew himself on the side of the stage, or at least his mortal remains. The corpse was dressed in a hoodie and wearing a blingy watch and a crown. Some thought the sight was very gangsta. Most, however, felt the spectacle was very disturbing and horrifying.

Welcome to the world of extreme funerals. Despite the hullabaloo, this had been an actual thing for many years. While the practice is considered to be at the fringe of the funeral business, there is a certain logic to it. Why (the thinking goes) should the dearly departed simply be placed in boxes and looked at? Why not pose the corpses doing things that the deceased enjoyed doing in life? The result is ceremonies like these... 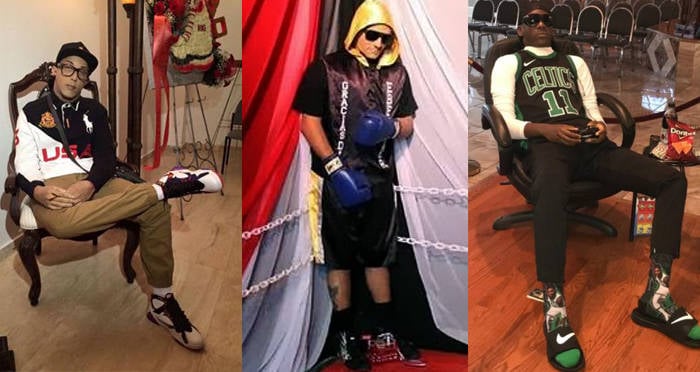 (Left) A young man enjoys a cigar at his own funeral.
(Center) A boxer's family wanted him to lace up the gloves one last time.
(Right) Before he was shot to death, this young man enjoyed playing video games. 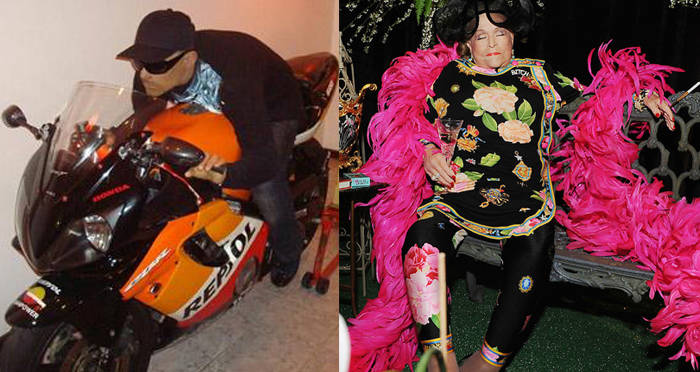 (Left) He's taking one last ride up the highway to heaven.
(Right) This New Orleans socialite enjoys a cigarette and some champagne. 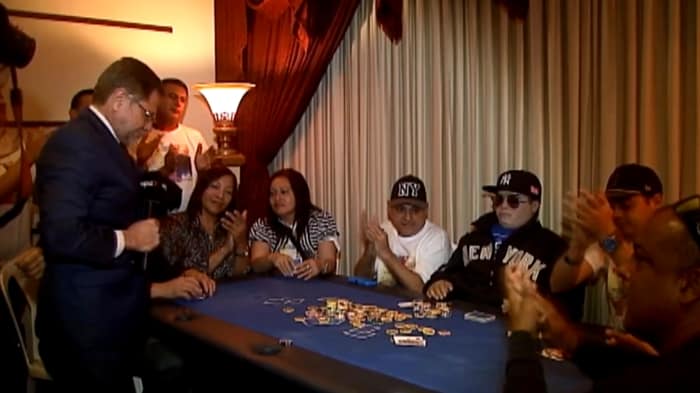 One of the players at this poker game is holding aces and eights. Have a seat and get your picture taken.


If you think this is something out of the Twilight Zone, well, you'd be correct since there actually was a TZ episode that dealt with this topic. The point is, I suppose, that if this type of "out of the box" thinking (pun intended) helps alleviate the pain of the deceased's family and friends, it's probably a good thing. (They just need to warn attendees about what to expect.)


P.S. If you think I post some weird "manure" on a gambling website, you have a point. The good news is, I'll be back in Vegas next month for my daughter's wedding. Unfortunately, the whole dog-and-pony show will cost me $25k. So, even if I get lucky and win a few grand at the tables, it would alleviate my pain about as much as a posed corpse would.
Have you tried 22 tonight? I said 22.
TigerWu

TigerWu
Joined: May 23, 2016
Setting up embalmed relatives in "everyday" scenarios for the funeral is a big thing in parts of Africa.
Gialmere 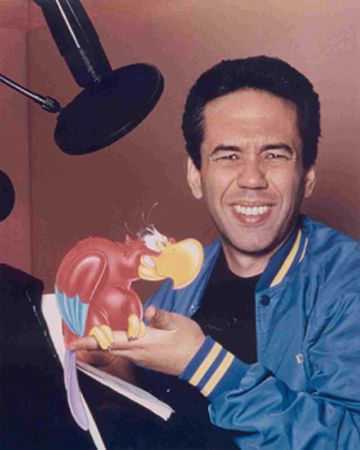 Actor and stand-up comic Gilbert Gottfried died today in Manhattan. He was 67. Cause of death was from a rare genetic muscle disease that can trigger a dangerously abnormal heartbeat.

Gottfried was born Feb. 28, 1955 and was doing stand-up comedy in New York City by age 15. His wisecracks about taboo topics sometimes got him hot water. He appeared in many films and TV shows including a cast member stint on "Saturday Night Live." He's probably best known for voicing the wisecracking parrot Iago in the Disney film “Aladdin.” Gottfried also voiced a talking duck in a series of commercials for Aflac insurance, until he was fired in 2011 over controversial jokes about the Fukushima disaster in Japan.

I just split up with my girlfriend, but like the Japanese say, ‘They’ll be another one floating by any minute now.'

Heh. The man had a politically incorrect sense of humor.

Have you tried 22 tonight? I said 22.
ChumpChange 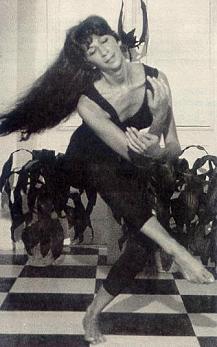 Actress and dancer Liz Sheridan died yesterday in Manhattan. She was 93. According to family, she went peacefully in her sleep from natural causes.

Sheridan was a Broadway dancer and a Hollywood character actor. She appeared on many TV shows including such hits as “St. Elsewhere,” “Moonlighting” and “Who’s The Boss.” From 1986 – 1990, she appeared in 34 episodes of “ALF.” Her most famous role, however, was playing Jerry's overprotective mom Helen Seinfeld in 21 episodes of “Seinfeld” from 1990 to 1998. She was the only “Seinfeld” star — apart from the four main leads — to be featured in all nine seasons of the hit sitcom.

Sheridan also claims to have had a serious romance with Hollywood legend James Dean. They dated back in the early 50s when both were working the theaters in New York. Dean's move to Hollywood and skyrocket career success ended the relationship. According to Sheridan, they were actually engaged for a short period of time. 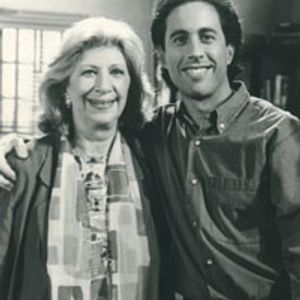 Have you tried 22 tonight? I said 22.
Wizard
Administrator

The Reaper revisits the cast of "Seinfeld"...

The two big Seinfeld moms go within days, what are the odds? Sheridan played Jerry's mother the way I think a lot of mothers are -- very firm in their opinions, with no compunction to share them, and fiercely protective of their sons.
It's not whether you win or lose; it's whether or not you had a good bet.
Gialmere 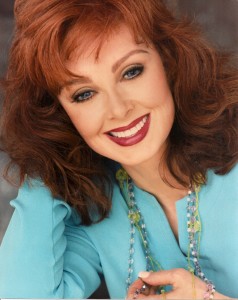 Country music legend Naomi Judd died today near Nashville. She was 76. No cause of death was immediately given, although in a statement daughters Wynonna Judd and Ashley Judd attributed their mother’s death to “the disease of mental illness.”

Judd was just 17 when she gave birth to her eldest daughter, Christina Ciminella, bearing the surname of her father, Michael. The daughter would later change her name to Wynonna Judd after Naomi and her husband divorced in 1972. The two famously learned to play music together while struggling to make ends meet. In the 1980s, the Judds had an unbroken string of eight straight No. 1 country singles, including “Why Not Me” and “Mama He's Crazy” as their breakout smashes in 1983, followed by such hits as “Girls’ Night Out,” “Grandpa (Tell Me ‘Bout the Good Old Days)” and “Rockin’ With the Rhythm of the Rain.” Their last charting single was “Stuck in Love” in 2000.

In 2016, Naomi revealed that she battled severe depression and anxiety since she and Wynonna stopped touring as The Judds in 2011. The Judds were to be inducted into the Country Music Hall of Fame on Sunday and they had just announced an arena tour to begin in the fall, their first tour together in over a decade. 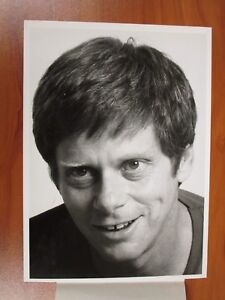 The gap-toothed actor Robert Morse died in Los Angelas on April 20th. He was 90. Cause of death was not released.

Morse earned five Tony Award nominations in his career, most notably a win for his role as J. Pierrepont Finch in the 1961 Broadway production of “How to Succeed in Business Without Really Trying," the role that would make him a star. He appeared in many films and TV shows. His amicable personality usually had him playing good guys or family fare such as the lead role in Disney's "The Boatnics" (1970) or the voice of "Jack Frost" (1979) for Rankin/Bass. He's best known, however, for his performance as Bertram Cooper on the AMC series “Mad Men” where he garnered five Emmy nominations.