mcallister3200
Joined: Dec 29, 2013
Two more former NFL players went out in their 20’s-30’s now. Recent first round pick CB Jeff Gladney at 25 in a likely Darwin award, clipped another vehicle from behind while speeding and died also killing his girlfriend in the crash.

And former Cowboys and Bears RB Marion Barber III at 38, I’d guess we’ll find he has CTE issues the way his life had spiraled after his playing career and the nature of some of his post playing career issues.
DRich

And former Cowboys and Bears RB Marion Barber III at 38, I’d guess we’ll find he has CTE issues the way his life had spiraled after his playing career and the nature of some of his post playing career issues.
link to original post

Wow, I can't believe he was 38 already. I may be getting old.
Order from chaos
Gialmere 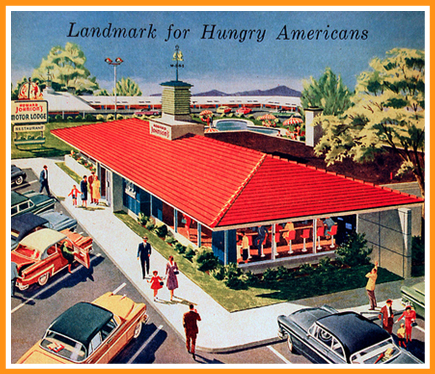 It's been revealed that Howard Johnson's restaurants has died. The chain was 97. Cause of death was a mixture of bad luck, outdatedness, corporate greed, bad management, and that most lethal of restaurant killers: loss of customer base.

HoJo began in 1925 when Howard Deering Johnson opened a small corner pharmacy in Quincy, Massachusetts. Noticing that his new soda fountain was a big money draw, he decided to introduce new flavors of ice cream to keep customer interest up. This led to concession stands (selling soda, hot dogs and ice cream), then restaurants, then motor lodges, then hotels, then empire. With its iconic orange roofs and cupola weather vanes, by the 1960's HoJo had become the largest restaurant chain in the US. At its mid-seventies high water mark, the chain boasted more than 1,000 roadside locations all selling the trademark fried clams and (of course) 28 flavors of ice cream.

Things started going downhill when the gas shortages of the late 70's hit. Traveling in the US plummeted affecting the lodging side of the business and, since 80% of its restaurant customers were travelers, the food side as well. It also suffered from increased competition from the expanding fast food industry with their trendy new menu ideas that could feed a family on the go cheaper than a HoJo with its higher quality food items. The trendiness also made HoJo look dated, the type of place you'd take your grandparents to when they visited.

So HoJo was sold, eventually ending up owned by Marriott who split the lodge and food sides into separate entities. Corporate owned restaurants were demolished and converted into Marriott owned brands (such as Bob's Big Boy). Franchise restaurant owners banded together in an attempt at survival. They decided that to compete they needed to lower costs and so downgraded the quality of their food along with running things with fewer employees. This infuriated their remaining customer base who had grown up with the HoJo standard over the decades. From then on it was a slow death march as restaurant after restaurant closed.

Does anyone care? I'll give you a hint. The last Howard Johnson's restaurant, in Lake George, New York, closed back in March and the press is only now picking up on the story and will no doubt forget about it by tomorrow. 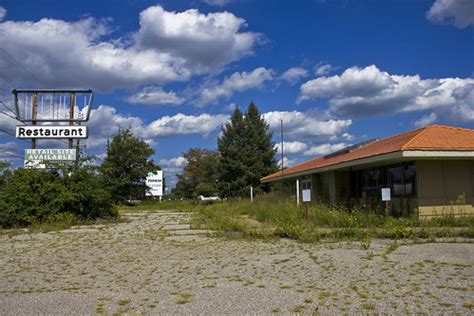 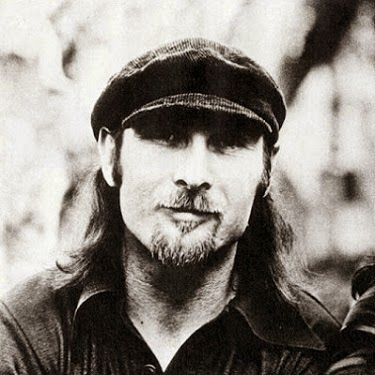 Musician Jim Seals died last Monday at his home in Nashville. He was 80. Cause of death was not released although he did have a stroke in 2017 and is known to have been ill for a long time.

Seals came from a musical family, winning many music competitions when he was a kid. As a young man he was in various bands meeting Darrell Crofts somewhere along the line in the local music scene. The two joined the Champs, a band best known for their hit "Tequila." They then bounced around a few more bands before becoming the soft rock duo Seals and Crofts. Although they never had a #1 hit, they did have many songs hit the Billboard Top Ten most notably “Summer Breeze" and “Diamond Girl.” Seals and Croft broke up in 1980 but they would reunite on occasion for concerts and once for a final album in 2004. 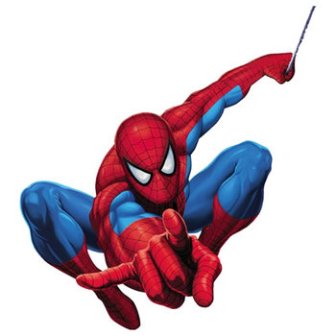 It's being reported that superhero Spider-Man died earlier this week in Anaheim. Born in 1962, he was 18 years old. Cause of death was severe skull and body fracturing from crashing into the side of a building while showing off to a crowd at a Disney theme park.

After witnessing the fatal tragedy, parents tried to comfort their traumatized children while Disney executives huddled to discuss reboot potential. It's been decided that Daredevil will be flown in from New York to keep Anaheim safe from the Green Goblin until Disney shareholders can vote on a proxy Peter Parker. Spidey's superhero friends have asked that instead of sending flowers mourners donate money to their friendly neighborhood head trauma unit. 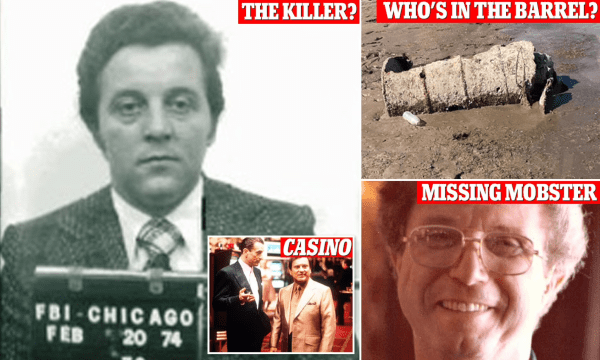 In the continuing Barrel Body story, it's being reported that the FBI is now involved in the investigation. While it's not uncommon for the G-men to help out local authorities in difficult cases, it certainly fans the flames of the mob hit theory. Not surprisingly, the Mob Museum is running with the thought. They published a story (essay really) in the Daily Mail that was reprinted in the Las Vegas Review Journal detailing three possible suspects.

The first is George 'Jay' Vandermark who was hired by Frank 'Lefty' Rosenthal (who inspired the Robert De Niro character in "Casino") to oversee the slot machines at the Stardust and other mob run casinos, but he was really there to run the skimming operation. The second is drug runner William Crespo, who was arrested by federal agents in Las Vegas in 1982 after he was caught flying in from Miami with $400,000 worth of cocaine. He is thought to have had knowledge of the casino skimming operations and was willing to rat in court.

The third, and most likely suspect, is Johnny Pappas. Pappas worked in the casino industry at the Castaways, Las Vegas Hilton and Caesars Palace. By the mid-1970s, Pappas was managing Lake Mead's Echo Bay Resort, a Teamsters Central States Pension Fund-financed project. He also owned a boat on Lake Mead. On August 18, 1976, the day he disappeared, Pappas told his wife he was going to Jojo's restaurant at 1531 Las Vegas Blvd. South, near downtown Las Vegas, to meet someone interested in buying his boat. Four days later, his empty car was spotted in the parking lot of the Circus Circus casino on the Strip. The connected Pappas is the favorite due to his location. While the mob favored burying bodies in the desert, if you whacked someone near a lake, what would you do?

If Barrel Body is one of these three men, the article speculates that the killer is notorious mob enforcer Tony "The Ant" Spilotro (who inspired the Joe Pesci character in "Casino") or one of his men. Spilotro's weapon of choice was a .22-caliber pistol, equipped with a suppressor, and fired into the back of the victim's head. The article insinuates that this matches up with the wounds found on Barrel Body.

I should reiterate that this is all speculation. Barrel Body might have nothing to do with the mob. For example, one person claimed that it could be his father who drowned in Lake Mead when his boat hit a large wake and he fell overboard. (Oddly enough, the man had mob ties.) As evidence, the son points to the missing teeth in the skull noting that his father got a false teeth dental implant after a car accident. Fair enough. But what are the odds that the corpse of a drowning victim ends up floating into an oil drum at the bottom of the lake while some how receiving gunshot wounds during its watery odyssey?

Anyways, authorities are extracting DNA from the skeleton and will seek out the various potential victim's closest relatives to see if they get a match. Stay tuned...

Meanwhile, since we are perusing the bizarre deaths folder... Have you seen this murderer? 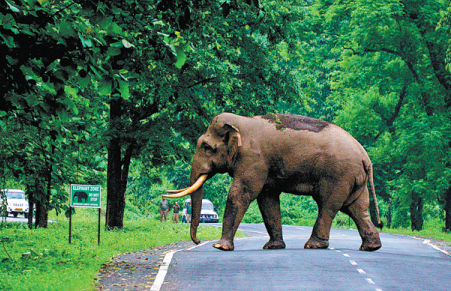 Maya Murmu died on June 9 at her village in eastern India’s Odisha state. She was 70. Cause of death was elephant trampling.

Murmu had gone to the well at the edge of her village. While there a wild elephant burst onto the scene. It knocked Murmu to the ground and began to stomp and trample the helpless woman while her astonished neighbors watched in horror. The elephant then ran off allowing Murmu to be rushed to a hospital where she died off her injuries a few hours later.

Authorities believe that the elephant wandered out of a wildlife sanctuary. And this isn't as rare as you might think. According to Indian government data, over 3,000 people have been killed in attacks by wild elephants in the country over the last seven years. What makes this particular death unusual, however, is what happened at the funeral.

Murmu's body was laid out on a pyre awaiting the traditional last rites to begin when, suddenly, the very same elephant burst onto the scene. It grabbed the corpse off the pyre, flung it to the ground and began to stomp and trample it while astonished family members and mourners (again) watched in horror. The elephant then (again) ran from the scene (perhaps back to the wildlife sanctuary). Last rites were held a few hours later over what remained of Murmu's remains.

How did this happen? Random chance? A freak of nature? Or did Murma maybe participate in some cruel act against the pachyderm or its family several decades earlier and the elephant, well, never forgot.
Last edited by: Gialmere on Jun 22, 2022
Have you tried 22 tonight? I said 22.
Gialmere 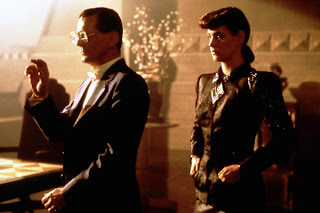 It's been confirmed that Joe Turkel died last Monday in Santa Monica. He was 94. No cause of death was announced.

Turkel was one of those prolific character actors, credited with over 140 movie and TV roles across the decades. He has the distinction of being one of only two actors to appear in three Stanley Kubrick films. He's best known for playing Lloyd the bartender in "The Shining" (1980), and as eccentric replicant creator Eldon Tyrell in “Blade Runner" (1982). In fact, Turkel retired from acting after lending his voice to the “Blade Runner” video game spinoff in 1997.

Have you tried 22 tonight? I said 22.
Wizard
Administrator

It's been confirmed that Joe Turkel died last Monday in Santa Monica. He was 94. No cause of death was announced.
link to original post

Thank you. I didn't know that. What a great scene that was. I'm still not sure I entirely understand it, but that doesn't stop me from enjoying it.

Did you see the follow-up scene from Dr. Sleep?


Direct: https://www.youtube.com/watch?v=2UweD_ZDZik
It's not whether you win or lose; it's whether or not you had a good bet.
RSS Feed