Does the Possibility of Paying Taxes Change EV?

There are a number of players out there who will avoid pursuing plays upon which they could potentially hit a taxable jackpot of $1200, or more.  Their reason for doing so, as many of them will state, is that the possibility of paying taxes detracts from the value of the play.  Today's question is: Is that actually true?

The first aspect of this question that should be pointed out is that gambling wins can be offset (on a same year basis) by gambling losses, though to do so properly is a rather arduous process that requires extensive record keeping.  One possible exception to this might be an individual whose tax offsets are otherwise so low that the Standard Deduction is still a greater amount than the amount earned in W2G's plus other deductions.  However, even for an individual so situated, if that individual gambles extensively, there is probably a great enough amount of money (considering ALL wins, not just those subject to automatic reporting) that the Standard Deduction would be exceeded.

With that said, many people would prefer to avoid that headache entirely and would just as soon not go for plays that are likely to result in any automatic reporting believing that the taxes detract from the EV. 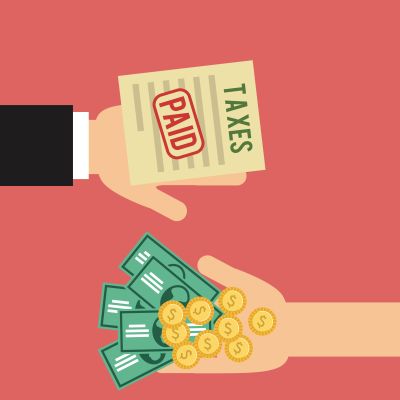 The problem is that the IRS ignores the most fishy method of reporting, because it is advantageous for them to do so!  Let's take a look at the relevant components of a standard W2G form, and you'll see what I mean:

Naturally this W2G effectively assumes the worst possible (tax) scenario for the player!  It essentially says, "You made one bet on Slots (or Video Poker, which is also termed Slots for those purposes) and with that bet you hit a jackpot!"

The relevant question a player should be asking is, "Is that my actual income, given that I'm filing this on my income taxes?" The answer is, "Probably not."

It is highly unlikely, and depending on the amount bet becomes increasingly less likely, for a player to stick money in a machine and hit a hand pay on the very first play!  Prior to hitting the hand pay, many other wagers will generally take place and the result is that the player will either be ahead or down prior to the hand pay being hit.

Ignoring anything else Joe does for the rest of the year, let's imagine that Joe sticks $300 into a DB VP Progressive machine that he thinks is positive with the Royal at $1230.  Joe's running fairly badly this session and puts in another $100, but with $20 left on the machine, he hits the Royal Flush for $1230.

The difference between Joe and players who record all of their sessions is that Joe will quite likely pay taxes as though his income on the play were $1228.75, but he doesn't have to.  Joe can actually deduct what happened previously as losses which would offset the tax obligation demanded by the W2G.

The point of this Article is that people are expected to pay taxes on income, and those taxes do not change the expectation of a positive play.  If they did, then they would change the Expectation of EVERY positive play, because technically, any income derived from gambling is supposed to be reported.

The prospect of having to pay taxes has no bearing whatsoever on whether or not a player is at an advantage on a particular play.  These are two completely separate entities.  If a play has a positive expectation, and you run exactly at that expectation, then you would pay taxes precisely on the Expected win amount.  While that almost never happens in practice, it does represent the theoretical value of every play.

The point is, with solid record-keeping, a player will come closer to only paying taxes on his or her Expected Profit, and if the player plays at an Expected Loss overall, then there is a good chance that the player will not pay any taxes whatsoever unless he or she ran well on a negative expectation game.

In the end, if the player profited exactly pursuant to the expectation of the sum of the player's plays, then the player would pay taxes on that profit.  By the way, I personally think everything so related should just fall under general income and be taxed the same way (or get rid of gambling tax income altogether) but that's just me.

Let's look at having a job: Does the fact that a person pays taxes detract from that person's salary?  Of course not!  You have income, so you're expected to pay taxes!

Damn, a progressive with a 0% meter rate?!

I thought about that, but since I'm not making a point about the actual play, I figured it would suffice just to say that's where it hits.