75% of a Reduced Jackpot

Congratulations, Here Is 75% of a Reduced Jackpot!

As has been discussed on the Forums of this site:

The IRS is considering the possibility of reducing the minimum threshold for reporting Slot Machine and Bingo Jackpots from $1200 to $600, for the purposes of this measure, Video Poker and Video Keno are similarly regulated as a slot machine. 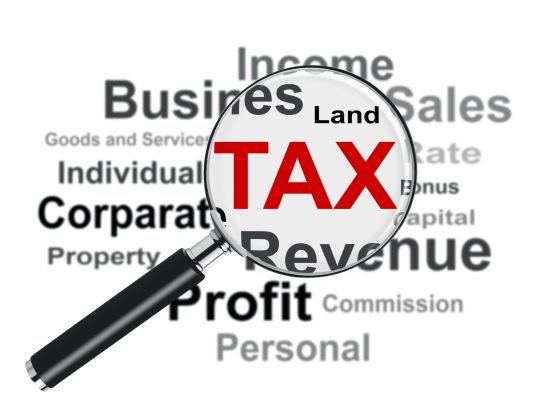 This measure is obviously a blatant cash grab by the IRS over what some (I agree) would consider a requirement that constitutes illegal double-taxation in the first place for all except professional gamblers. Think about it: Most gamblers go to work (or invest) and generate income in so doing, in the event that such people file their taxes honestly, they have already paid income taxes of one kind or another on the money they are gambling. It is true that casino winnings are technically an increase in income, but then, how are losses to the casinos not a decrease to income?

We guess they are not, because if you go to the IRS website and try to see how much you can deduct in losses without a win:

"You cannot deduct your gambling losses. Gambling losses can only be deducted up to the amount of gambling winnings reported on your federal tax return."

We guess one can only INCREASE one's income by gambling.

Unfortunately, if we are to be blunt, the current law already sucks. The only possible result, even with the $1200 threshold, is for a gambler to pay more taxes than those based upon his non-gambling income. It is true that gambling losses can be used to offset winnings, but for anyone who is not a professional gambler, those losses must occur in the same tax year as the win. Losses from previous years may not be carried forward into subsequent years, and obviously, losses in future years cannot be retroactively used to offset winnings from previous years.

Will This Benefit Uncle Sam?

It is also highly debatable whether or not the IRS will even generate that much additional revenue as a result of this action. For one thing, if all else remains equal, the winnings can still be offset. The winnings are typically offset either using Win/Loss statements that the casino makes available to players who have their play tracked with a Player's Club Card, alternatively, a player can also keep a log of his/her play throughout the year. Generally, we would probably recommend keeping a play log of the play throughout the year because the win/loss statements are not necessarily going to be correct.

Many players dodge paying the taxes on winnings, even if they have gambled profitably for the year, by fudging an incorrect win/loss report to submit with the tax paperwork. We are obviously not going to advise that anyone do something illegal, as such an action would essentially amount to tax evasion, but it has certainly been done before.

The reason that we suggest that the IRS may not even do well on this is because it is possible that more people will be inclined to offset the gambling winnings with (real or fabricated) losses as people are more likely to hit $600+ Jackpots than $1200+ Jackpots. For instance, if someone hit a single jackpot in a given year for $1500, they might decide it is not worth the time or effort to deal with all of the paperwork that would have to be done in order to offset the taxes on that one jackpot. However, if someone hits a $1500 jackpot, as well as many other, "Jackpots," between $600-$1199, then the person is going to see increased time value by offsetting the losses from the wins and is probably more likely to do so.

Who Definitely Loses as a Result if this is Implemented?

It remains questionable, then, especially when we factor in the extra work that the IRS will have to do that the IRS is going to benefit from this proposed regulation. Even if we assume that they do benefit, though, at whose cost is the IRS benefitting?

The casino industry is going to be irreparably harmed by this measure because the lower jackpot threshold, by necessity, is going to result in more jackpots if all else remains equal. While the casinos will still have the House Edge built into their games, the additional, "Jackpots," are going to result in a greater amount of work needing to be done by slot attendants which may cause the casinos to need to hire more slot attendants to cover the floor. In addition to the potential cost of these slot attendants is the time cost of the machines not being played due to being, "Locked Up," until the paperwork is completed.

People who visit casinos do not tend to do so with an infinite amount of time, so any time that is not spent playing the machine is money out of the casino's pocket because not as many (and, therefore, not as much $$$) action is going to be had on those machines. In this case, the situation has the casino losing on two fronts, then, potentially having to pay more employees to cover the floor while the floor simultaneously gets less play.

This measure is also a negative for casinos because, one can assume, that some people are going to avoid playing machines where there is a reasonable likelihood of hitting a jackpot over $600. In other words, many of the high-limit players may be disinclined to play the machines they would have once played, (or to visit the casino at all because playing lower stakes holds no excitement for them) so the casino is going to lose money on that end, too.

Casinos often assign a slot attendant to, "Track," the results of a player playing a high limit slot machine in order to facilitate faster play and take care of all of the taxes when the player is done playing. To this point, we would imagine the minimum total bet being played is the determining factor in whether or not the casino decides that the player needs a dedicated slot attendant. Whatever that total minimum bet is, we can assume that the amount will be reduced, which may also create a need for more slot attendants.

Okay, okay, perhaps the plight of the poor casinos is going to be a non-mover for some of our readers, so let's switch trajectories and talk about the player for the moment:

There are many games that exist that are predicated upon this $1200 jackpot threshold for mandatory reporting. Amongst the obvious single-line slot machines with top pays of $1199 with Max Bet, or those machines with a top pay of $1199 on two credits bet, (as opposed to three) there are a number of other games with paytables designed to fall just below this limit. For example, if you don't want any tax forms, all $0.25 denomination ($1.25 Max Bet) Video Poker is now unplayable as the top prize is $1,000, or slightly more in the case of Progressive machines, or games such as Joker Poker (Kings or Better) which have some paytables that pay $1,175 on a Royal Flush with no Jokers.

Will we soon see the $0.14 Video Poker Denomination (Royal Flush at 4000 coins will pay $560) or will we see a $0.15 denomination with a Royal Flush that is shorted by one unit to pay $599.85? It is not terribly unusual for a player to be playing a Progressive Video Poker machine (at a real or assumed advantage) and stop when the Royal Flush exceeds $1200 because taking the handpay, "Isn't worth the headache." 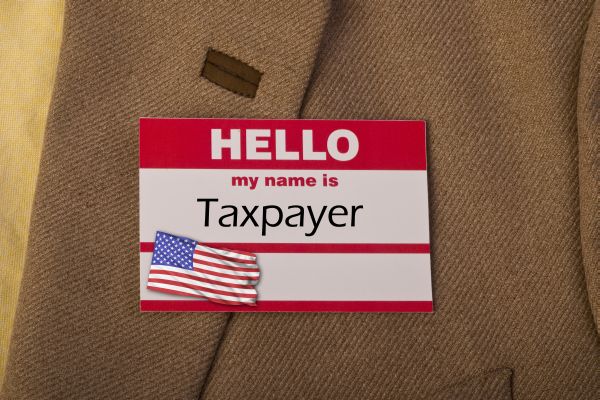 Who Loses the Most?

The players that are going to get hit the hardest are those that take the Standard Deduction when they file their taxes. For example, using the IRS tax calculator based on a single head-of-household:

It returns a Standard Deduction of $9100.

Most people who would take the Standard Deduction, it's fair to say, are lower-income people. However, there are some people who may have a greater income and simply just don't have that many deductions.

The reason these players are hit the hardest is because they effectively can not offset their gambling wins with gambling losses as gambling wins constitute an itemized deduction.

There is no way for Johnny Q. Public to offset that $270 if his total itemized deductions do not exceed the standard deduction even if, in actuality, he had a sum of $6,000 in gambling wins and $8,000 in gambling losses for a total result of losing $2,000 gambling that year.

Again, this proposal by the IRS simply would take a law that positively sucks and makes it even worse.

It's fundamentally an unfair law to begin with, the apparent position of the IRS being that one can only WIN gambling.

Of course, we do see why the IRS would not allow an individual to file gambling losses absent any record of gambling wins, that's an easy way to duck regular income taxes, there.

The current win threshold was set in 1977, and using this inflation calculator:

Once again, this proposal sucks. One could (kind of, sort of, maybe...not really) understand why the IRS would tax a gambling win that is effectively $4,627.86, as that is a semi-significant amount of money. However, why should a jackpot that was effectively worth $155.58 at the time the law was enacted, or even $311.16, for that matter, be subject to automatic reporting?

The answer is: It shouldn't.

At a minimum, the current threshold should be adjusted upward to $4000 or $4500 to (mostly) account for inflation.

In reality, there are only three possible fair ways to tax gambling winnings for non-professional gamblers:

If gambling losses are not a loss of income, (and there is no way to reliably track those, at least, none that couldn't somehow be exploited) then gambling winnings are not an increase to income.

In conclusion, all that can be said is this proposal sucks, and what's worse, it probably sucks for everyone...even possibly including the IRS.

One would have to be a moron to declare non-digital gambling winnings.