Reading Between the Lines

The art of reading between the lines, when it comes to anything, is a particularly useful one.  In the case of Advantage Play, this art can be used as a means to quickly know that you might have positive Expected Value on a promotion.

This can apply both to online gambling as well as gambling in Brick & Mortar Casinos, sometimes, a casino is kind enough to explicitly tell you when you have the best of something.

One of the better examples of this that I have found was a Promotion by which, a player could earn 150 Player's Club Points at a casino that will not be specified, and the player got to put a code in the machine to win Free Play and/or cash prizes. 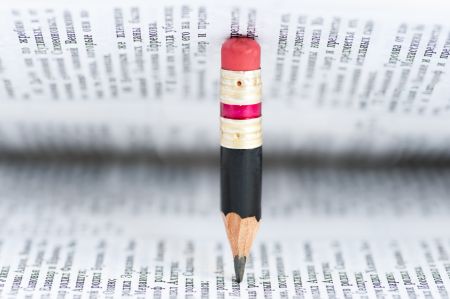 The catch of this Promotion, if it could really be called that, was that the player could only do this three times in one day.  This stipulation immediately struck me as curious because, if even a knowledgeable player is expected to be playing at a disadvantage with this Promotion in place, why not allow the player to earn the promotion an unlimited number of times?

Fortunately, I was somewhat friendly with the individual who was the Director of Marketing, at that time, and she told me the reason is because the least the player could earn was $25 Free Play (for $750 coin in) and that the average, even taking the top prize out of consideration, was about $45 in Free Play.

Given an expected loss of under $10 to earn the points playing the absolute best game available, and even my expected loss of $12 on a much lower Variance game, the expectation for the player, on an hourly basis, was to profit about $38.  Again, that was with very little Variance.

Of course, it could be played faster if a player wanted to bet a greater amount on a game with a slightly higher house edge.  The hourly expectation would have been even greater, though, because the player could have completed the promotion roughly every twenty minutes as opposed to every fifty.

That's the other thing about all of these online casinos that I write about who advertise on Wizard of Odds and Wizard of Vegas.  While some of the promotions may happen due to negligence or miscalculation, I think the majority of the time the casinos know they are offering something beatable, but they are secure in the knowledge that most players will play it wrong.

In fact, I think that the casino in my example was secure in the knowledge that most people would be playing slots and would, therefore, still be expected to lose money overall.  Otherwise, they probably wouldn't have offered that promotion.

Again, though, that's why these promotions for online casinos have limits in bonus amount allowed as well as how many times the player can try a Bonus.  Even then, some casinos still offer promotions that are either unbeatable or barely beatable, such as the Miami Club Casino Promotion I recently looked at and wrote a page about.

The point of the matter is, the more Terms & Conditions are attached to a promotion, the more likely it is to be beatable in one way or another.  Alternatively, the Terms & Conditions (like the $10 Max Bet with the Miami Club Promotion) might render it either unbeatable or not worth it.  The best thing to do is just to look at what the casino is offering, in terms of T's&C's, and ask, "Why would that be the case?"

There are other areas in which this theory is applicable in the world of casinos.  For instance, there are a good many promotions in which Video Poker is an excluded game, and this is even the case in many Brick and Mortar casinos, and I have certainly spoken to Video Poker players who have said that they would not play the promotion if that was the case.

There was recently a jackpot bonus promotion for which I did some Math for a friend of mine.  I'm not going to get into any specifics on what precisely the promotion entailed or where it was at, but let's just say that Video Poker was not a game permitted on the promotion, and even if it had been, it was FAR, FAR, FAR from being the best game to play.

It wasn't even close.

What, you want an example?

Let's say that a casino has a high-denomination Video Poker machine in which the denomination is $25 with a Max Bet of $125.  The best returning game on this machine, we'll say, is 9/5 Jacks or Better and there is a jackpot promotion such that a player will get an extra $200 (eight credits) on a Jackpot.

Before anyone says anything, in practical terms, I know that there would be some Bonus Variants with a lower return that would be better for this promotion than 9/5 Jacks or Better because of the higher probability of Four-of-a-Kinds.  That's not my point, besides, Video Poker is excluded, anyway.

And, under these conditions, 9/5 Jacks or Better is still not at an advantage.  In fact, it's not even better than 99%!!!

For example, only 8.4351% of the return in the base game of Jacks or Better even comes from hitting any kind of a jackpot at the $25 denomination.

There are a number of games that would be a better choice in this scenario, and some of them would surprise you, but I'm going to give a example that virtually anyone can figure out because I do not wish to disclose the specific game about which I was asked.

So, let's talk about good old fashioned 5.26% House Edge Double-Zero Roulette Machines.  Granted, these machines would likely be excluded from the promotion if Video Poker is, however, my main goal is to emphasize my point that the best paying Base Game does not necessarily equate to the best paying Promotion game.

Not surprisingly, if we take the added promotion dollars and divide it by the total amount bet while multiplying by the probability of success, or:

Which, added to the base return results in:

Which is our expected return with the promotion, with errors due to rounding.

As a result, losing is an impossibility and the player has an expected win of:

Which, of course, is the same as our Expected Return Percentage the other way because the Base Game still hasn't changed in terms of House Edge.  Only, in this case, it's guaranteed to happen.

Either way, don't be surprised if the Terms & Conditions say the player may only do that once a day.

thx for the article