Introduction to Advantage Play (YO!)

Don't worry about the title, I haven't made a sudden transition to Urban slang, or whatever that would be, "Yo," is just my second favorite slang gambling term meaning an, "Eleven," in Craps.  Thus, this is Introduction to Advantage Play, Part 11.

On that note, my favorite slang term is, "Midnight," for twelve, which is probably more popularly known as, "Boxcars," but my next Article in this vein will be, "Advantage Play Midnight."

With that out of the way, we need to discuss one of the most important things that a Recreational or Beginning Advantage Player can do that almost ALL professional Advantage Player's do, which is, using your resources.

In fact, you're already doing a great job, just by reading this right now you are using the first (and, possibly, most important) resource I am going to mention: 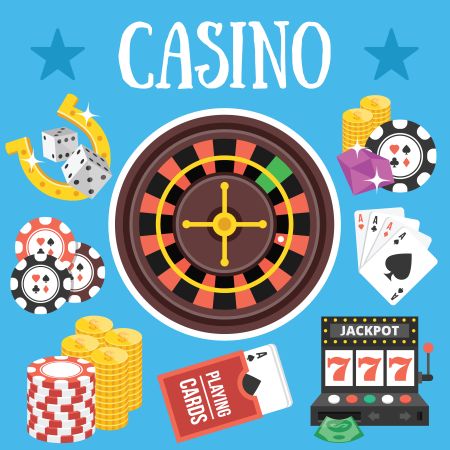 The Internet is an extremely important resource because the Internet is where you are going to find your casino promotions, including New Player's Club Member Promotions.  For example, the best promotion I have ever found in my life was at a casino where I had been a player for multiple years, at that point, and I found it mainly because I happen to check their website regularly.

It is also very important to spread out your search.  You may think that some casinos are too far, "Out of the way," to be worth going to, but trust me, some promotions are worth it.  I might have my facts wrong on this, but my understanding was that the Trump (I can just say, 'The Trump,' there's only one now) in Atlantic City had $150 Free Play for new Player's Club members.

If I had the time, I'd have taken my girlfriend and the two of us would have been all over that for $300.  It would have taken about 28 gallons of gas, so about $80, and obviously eating and spending the night somewhere.  In actuality, we'd have probably come out ahead $100 and the hourly would have sucked, but again, I'm a recreational Advantage Player, and that's a fun overnight trip with my girlfriend, and we come out ahead a couple bucks.

Let's talk about a casino fifty miles away that has a $100 Loss Rebate.  Let's go ahead and say that the best Video Poker at that casino returns 96%.  That means, playing that Video Poker game, my expected loss was about $4.

I played the loss rebate a little differently (not telling!) but, theoretically, if I stick that $100 in a $100 single-line slot machine and take one pull, provided that the machine has a return greater than 4%, I'm at an advantage.  If I was going to play it that way, by the way, I would try to find a machine with no break even result, no sense on wasting any return on something that doesn't get you anything.

If you walked up to some guy that had $96 in a $100 slot machine and he said, "Hey there, I've got a great deal for you, if you sit here and put $4 in this machine and make a pull, you get everything if it wins!"  I'd take that crazy cook up on that offer any day of the week.

Anyway, if you factor in about 200 total driving miles (the Free Play was $50 back immediately and the other $50 a week later) then you have $19.93 in gas expenses, but if both my girlfriend and I play, then our overall expectation is well north of $150.

Two people, six hours, $75 each, $12.50/hour.  Maybe a Professional AP doesn't make that drive for that money, but for us, sure we're just having fun.  It gives us a chance to check a new place out, and we enjoy going for car rides together, anyway.

Now, you might say, "I already have a player's club card at every casino that is within anything approaching a reasonable driving distance."  OK.  That's fine.  Does your brother have one?  Wife?  Girlfriend? Sister?

(You may want to research any applicable legalities involving playing on someone else's card depending on the State in which the casino is located, and yes, unless it is your wife at a small handful of casinos, you will almost certainly be violating the Player's Club Terms & Conditions.)

Anyway, broaden your search area to include....everywhere!  Will there ever be a New Member promotion in Las Vegas that, in and of itself, makes it worth it for one person or a couple to travel cross-country?  I doubt it.  However, there could be, and if there is, shouldn't you be there?

The telephone is an excellent resource, as well, though potentially not as strong as the Internet.  One thing that I want to know about casinos that have gone a number of years without any solid New Player promotions is what kind of offers do their regular players get?

In many situations, especially for bigger players (i.e. not me) hosts have some idea as to this information with respect to Free Play and Match Play offers, and a player can use this information to his/her advantage.

For example, consider a casino that is too far away from you to ever be your, "Home casino," the negatives about this casino are also compounded by the fact that their new player offers have never been any good.  Anyway, you might call the host and ask, "I usually play Craps at x Casino, but I was thinking about trying out your place.  What kind of Match Play offers would someone who averages about $20,000 in total action every visit get?"

Hypothetically, the host might reply, "Oh, for a first time visitor?  Players like that would usually get four Match Play offers of $25 each, per week, the following month."

Okay, so that might not be worth doing, because the sum ends up being $400 in total Match Play which is about $191.52 in value.

However, what if that actually exceeded your Expected Loss on the $20,000?

You could call the Craps Table and ask if action on the Odds Bet is rated, and if so, you also want to know what the Odds are.  Let's say your answer is that it is a 10x Odds table and that the action is rated.

At this point, you could play $50 on the Pass Line and $500 in Odds which would result in $50 bet when the bet is resolved on the Come Out roll and $550 bet when the bet results in a point being established.  This would represent an average total bet of:

I don't think that this would be much of a play for a Professional Advantage Player due to the time and travel involved, but let's say that you usually play Craps at a negative expectation anyway, why wouldn't you want to have even a slight edge for a change?

The other thing that people don't understand is that Free Play is based on Expected Loss which is based on coin-in and the game being played, however, if you're talking about a casino that you don't plan to regularly go to, then that's actually a positive thing.

Casinos don't want to send you Marketing materials that are only going to cover a one-week period, so generally, they send you Marketing materials for a month that are going to have multiple offers.  Any offer pertaining to Free Play or Match Play is going to be based on what they think your Average Daily Theoretical loss is, but the thing is, they are also expecting you to generate a similar average daily theoretical loss every time you go in there.

It is for that reason that, you can sometimes find a positive situation by going to a casino, playing, and then just using whatever offers they give you and not playing a negative expectation game anymore.  Those hypothetical Match Play offers, for example, are based on $20,000 bet, but if you're not going to be betting $20,000 (or anything against a House Edge) anymore, then you sometimes have an advantageous situation.

There are many smart Advantage Players who are already doing this and are already scouring the websites of every casino in a wide area and making phone calls in an effort to get information.  Beating promotions at your home casino is well and good, of course, but it's essential to use the resources available to you to see what else may be out there.