In our last Introduction to Advantage Play, we discussed taking advantage of coupons and/or New Member Promotions, when and when not to sign up for a Player's Club Card at a new casino, and trying to get the most out of comps and/or hosts for our play.

In this article, as well as the next few installments, we're going to be taking a look at how to analyze slot machine Progressives to determine when a slot machine may be at an overall advantage.  This is a skill that may have applications in both Brick & Mortar Land Casinos as well as on-line casinos.  Furthermore, with some online promotions, (such as bonuses) it could be useful to be able to analyze the overall return of online slot machines to determine whether or not a player can play a bonus, successfully meet the wagering requirements and still have an expected profit. 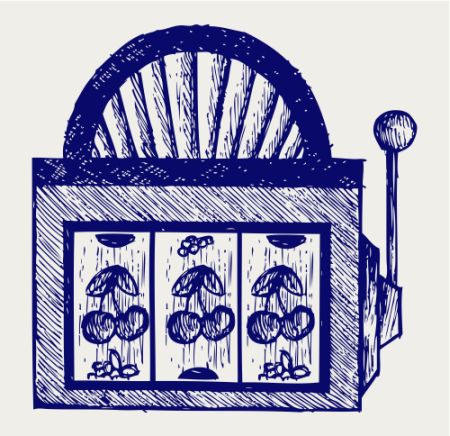 We're going to start with a very simple theoretical single-line slot machine called Golden Goose Eggs and we're going to compare two methods of attempting to analyze when the Progressive has a positive value.  Fortunately, since I'm completely making this machine up, we're going to have access to the PAR Sheets, which are below:

I told you I was going to keep this simple!

Pays are on a FOR ONE basis, therefore, since every bet is presumed to have lost, we simply subtract the return from 1 to get the House Edge, which is:

Therefore, if a player did not want to include the contribution to the Progressive as part of the Base Return, the House Edge would be .0889703407

We can use this information to determine a break-even point for the Progressive, and it is simple to do so.  You can use an Algebra Equation solver, and what you must do is have the probability of Three Golden Eggs * x = House Edge, we will calculate this both with and without the Progressive Increase:

By way of proof, one could simply take the difference between these two numbers, multiply that by the Progressive Probability, and see whether or not it equals approximately 2%.  (Spoiler: It will)

We can perform a number of other easy and useful functions with this information.  For example, to determine the advantage or disadvantage at any given time, we simply take where the Progressive is at, in terms of increase, multiply that by the probability of the Progressive hitting, and subtract the House Edge from the result.

Thus, we see that the probability, from base, of the Progressive reaching an advantageous point is only about 1 in 85.54, and this is hardly surprising, because the Progressive cycle is 1 in 5,832.

For a Progressive to have to go this many attempts, from base, to reach an advantageous point is hardly unusual, especially with slot machines.

Now that we have covered the actual Returns of the Golden Goose Eggs slot machine, let's take a look at two common methods for trying to determine when the Progressive is at an advantageous point:

The Coin-In Coin-Out Method is, generally, an extremely weak method for doing this, and the more simple the slot machine is, the weaker this method becomes.  Essentially, the player is only going to track the Golden Eggs landing on the payline and just base everything else on coin-in and coin-out to guesstimate a return for the overall game.

We're going to have our two players watch the same set of 2,000 spins which have yielded the Golden Egg appearing 96/2000 times on the first reel, 117/2000 times on the second reel and 104/2000 times on the third reel.  The expected number of appearances, per reel, is roughly 111.11 (the players don't know that, nor do they know that it is equally balanced) and the average reel saw it appear 105.67 times, which is pretty close to expectation.

This player comes up with a probability of:

For instance, using the binomial distribution, something that has a .0555555 probability of occurring should occur 111.111111 times within a sample size of 2,000 attempts, however, for it to only occur 96 times or less, such as the case of the first reel, still has a roughly 7.6358% chance of happening according to the Normal Distribution, which means that such a result is still within the second standard deviation.

If we take the average number of appearances, which is 105.67, then the probability of seeing 105, or less, according to the normal distribution is still 29.116%, which is just outside the first Standard Deviation.

In other words, due to the weakness of the sample size, this player watched 2,000 spins and does not really have anything useful...and this is on a top Jackpot with a not unreasonable probability of hitting.

Worse yet, someone actually DID hit a Jackpot while he was watching these spins, and the $2,000 coin in showed a return of $2779, which is a 138.95% return, without any increase to the Progressive!!!

Therefore, this player thinks the Progressive needs to be at $1,753.71895566, not including meter move as part of the return, in order to be at break-even.

Because of the weakness of this method combined with the limited sample size, this player is over seven times less likely to find this machine at what he thinks is break-even, or better.  Though, granted, when he does find it, he'll be at quite an advantage.  Unfortunately, this also works the other way, if he had a sample size based on someone who, "Ran well," in terms of getting Golden Eggs, he might play this machine long before it is ever good.

In fairness, there are times when the Coin-In Coin-Out Method might be reasonable.  For instance, many slot machines have Free Games that operate on a completely different reel set and the Free Games either play faster than can be reasonably tracked, or, are infrequent enough that make tracking them an expedition that is not nearly worth the time.

The main problem this player and our next player is going to have is a problem of sample size, though, but we will see that a player who tracks all the spins exactly is going to be closer to the Expected Return, though the probability of Progressive is going to remain the same.  While an Empirical Analysis of slot machines will remain an inexact process, even more so with slot machines that can have a plethora of different results, the greater the sample size, the greater the accuracy. 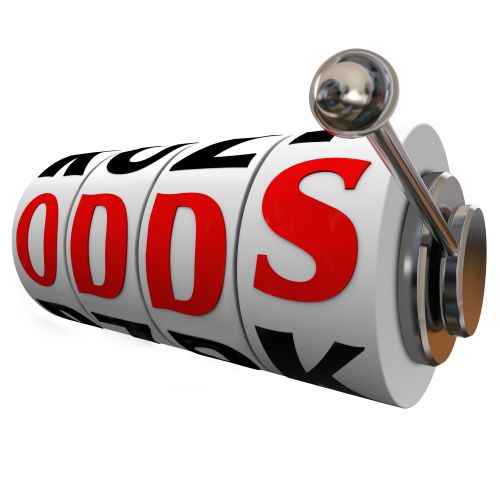 This method is really simple, since our player does not actually know that the results are evenly distributed amongst the reels, he assume that they are not, and he tracks his results for each individual reel.  In 2,000 spins, here's what he ended up with: