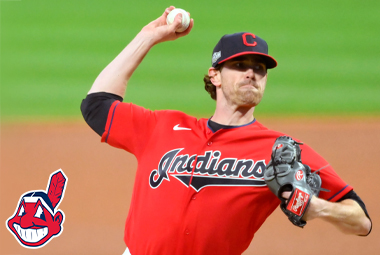 Shane Bieber of the Cleveland Indians unanimously wins the 2020 American League Cy Young Award. The 25 year old right handed starting pitcher dominated the American League and the entire MLB from the mound this past shortened season.

Bieber led the American League with a starting record of 8 and 1 during the crazy and unpredictable 2020 MLB season. Shane led the entire major leagues in ERA with a mark of 1.63 as well as strikeouts with 122 punch outs over the course of 77 1 / 3 innings pitched. The Biebs led the American League and tied Yu Darvish of the Chicago Cubs for the most wins in baseball this year.

“Votes had seven points for first place, four points for second place, three points for third place, two votes for fourth place and one point for fifth place,” according to ESPN.

It is rare for a pitcher in either the American or National League to win the Cy Young Award unanimously. The last time that happened in the American League was in 2011 when the dominant strong arm of Justin Verlander accomplished that feat with the Detroit Tigers. This was only the tenth time that an American League pitcher was listed first on every ballot which comes from the members of the Baseball Writers' Association of America. They are the ones who vote on awards such as the Cy Young. 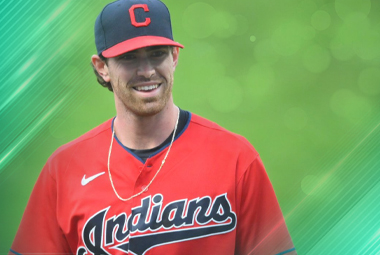 Future with the Indians

Due to the fact that arbitration is difficult to explain here is how mlb.com defines the salary arbitration process, “Players who have three or more years of Major League service but less than six years of Major League service become eligible for salary arbitration if they do not already have a contract for the next season. Players who have less than three but more than two years of service time can also become arbitration eligible if they meet certain criteria; these are known as "Super Two" players. Players and clubs negotiate over salaries, primarily based on comparable players who have signed contracts in recent seasons. A player's salary can indeed be reduced in arbitration -- with 20 percent being the maximum amount by which a salary can be cut.”

Bieber is under agreement for the 2021 Major League Baseball season, but he is eligible for three years of arbitration from 2022 to 2024 prior to becoming an unrestricted free agent beginning in 2025. I am sure the Cleveland Indians would love to keep an elite arm like Biebers in their starting pitcher rotation for years to come as long as he is able to remain healthy and effective. Especially because Shane seems to be hitting his prime at an early ripe age.

"Today's a good day regardless,'' Shane Bieber stated. "It just makes it that much better that we were able to take this thing home and that it was unanimous.''

"Nobody's more deserving of it than him, and he knows what he wants, and he knows how to go out and get it,'' says Bieber. "And we keep in touch. I was truly pulling for him, and you know, so is my family. And I know he feels the same way, so it's special.''