LCB.org, leading industry affiliate and one of the most popular gambling portals on the web, has nailed yet another online casino gone ROGUE.

As a massive network of gambling-related sites, LCB naturally has numerous tasks, duties and responsibilities to meet, all encompassed by a single mission statement: ''To bring more value to the player!'' 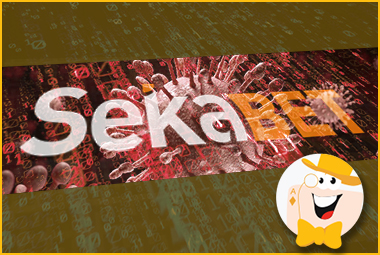 One of LCB's most important jobs, and also one that made the brand so popular among players, is the mediation service between casinos and players, or rather...

...intercession on behalf of customers of various gaming sites.

With a goal to improve communication between the two parties and reconcile misunderstandings, disagreements and conflicts arising from the very limited nature of internet support and correspondence via e-mails and live chatrooms....

...this undertaking has allowed the brand TWO things:

Belonging to the second group, there is a venue that has distinguished itself as an aloof and dishonest operator making players' lives miserable - Sekabet.

In what way are they doing this?

By refusing to pay-out legitimate winnings to their rightful owners!

When it comes to iGaming, it is the oldest story in the book:

Above is a dark triad by which black market groups are easily recognized. In the case of Sekabet - they are guilty of all three, and then some.

Thanks to the LCB Direct Casino Support board, players who have been disadvantaged by the site, can post a complaint and hope for a satisfying closure. Several members have been complaining of slow payments and pending withdrawals that never seem to process.

Sekabet customers could not reach support, and even when they did, the agents showed bad manners and dismissive behaviour. The same goes for the official manager of the site, registered at LCB as a representative.

LCB worked hard for months - since March 2018 - trying to resolve the situation and get players their earnings, or at the very least, their money back...

...and eventually reached a mutually beneficial agreement in multiple cases. There is still one complaint left pending since the end of February 2018.

Their Curacao license is expired and has not been renewed and...

As far as LCB is concerned, this is more than enough evidence to fully BLACKLIST Sekabet Casino. Players are advised NOT to deposit here and risk losing money, or getting fair wins cruelly denied. There are other sites to try your luck with, play fair and emerge victorious.

It is ALWAYS the same. Chain letters have the perpetrator's names near the top. Ponzi schemes always pay out big and promptly to the early participants. A bank teller may have been honest for twenty years but the bank doesn't care about that. A croupier does not get to wear a pair of pants that have pockets in them after serving the casino for twenty years, unless he retires. If he is a croupier, no pockets, no hand contact with his clothing at all. No scratching an itchy scalp. The casino doesn't care about twenty years of loyalty. Not one bit.

ALL online casinos have the ability to take the money and run. Most of their customers can't find them and those who can find them are not the types to "do their legs". Unless a mediator sits there sharpening his stiletto why should the casino give a whit about him?

>complaint unresolved since February of 2018.
This is darned close to October of 2018.... I do so hope the mediator's vocal cords are not sore from all that time of whistling Dixie.

I think the only solution that would be effective would be to inform each of the parties that the period of mediation will be two weeks. After that there is a one week period for definitive final action at the end of which the casino and the player learn their fate. That would be one way of letting casinos know that that floppy hat has some strength behind it.

If a casino want to avoid a graylist or blacklist they don't have to give in to 'shot takers' but they do have to respond in a fully informative and immediate manner.