Could They Cost More Than They Save?

I wouldn't call this week's Video Poker Article by Bob Dancer required reading for this Article, although, it is what inspired this Article to a certain extent.  In addition to that, I think that reading Dancer's weekly Article at LasVegasAdvisor.com is generally a good practice to begin with, so here's the link:

I'm not going to go into too much detail on the high points of that Article, but the Article essentially speaks of someone who created his own, 'Heat,' within an unnamed casino that definitely wore out his welcome.

This Article, however, is going to focus on the general idea of whether or not it is advisable to take countermeasures against machine players, in general.  For those of you who have followed our own Forum Member, "Teliot," (Eliot Jacobson, Ph.D.) on his own website, APHeat.net, you will know that Dr. Jacobson regularly works as a consultant for casinos and periodically offers, "Advanced Advantage Play," seminars to get casino staff hip onto the newest tricks in the bag of certain Advantage Players.

Another thing that you would know about Dr. Jacobson is that, unlike many individuals who work for the casinos, he recognizes that some countermeasures (these on table games) are often quite stupid and COST the casinos more money than they are likely saving. 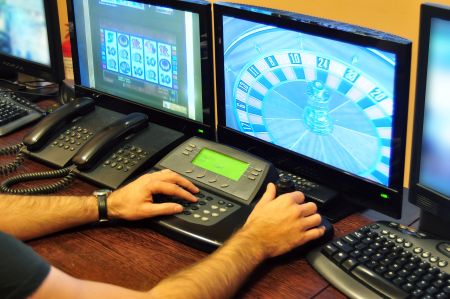 One example he has given is a casino offering ridiculously poor penetration at Blackjack out of fear of card-counters hitting up the joint.  Dr. Jacobson has pointed out, more than once, that the process of doing so effectively reduces the number of hands the house deals per hour (the majority of those being to non card-counters) and the casino loses revenue as a result.

While I have not heard of too many countermeasures being taken against machine AP's, (with exception to cutting people off certain promotions, or, "No-Mailing," people suspected of being AP's) it is possible that the machines will receive more scrutiny at some point in time.  In some cases, they already do.  Forum Member Tringlomane recently related a tale of being told by security not to vulture Ultimate X, for example.

In my opinion, taking countermeasures against any machine AP's, other than those who are absolutely crushing the house (usually by way of some promotion) is also a tactic that could cost the casino more money than they save by taking the measures.  You might ask, "But, Mission146, if the casino isn't actually changing the play of the machines like they do with some Table Games, that's not going to affect how much each machine makes per hour of operation, will it?"

My answer, hypothetical poser of questions, is, "They won't lose money like that."

The way that the casino could lose money by taking countermeasures against machine AP's is by way of word-of-mouth.  The AP in question might make a comment such as, "That casino kicked me out just for winning!"

Now, if I know I am talking to an AP by, 'Winning,' I know that the AP means, 'Playing at an advantage,' but non-AP's might simply take the statement to mean, "If you win too much at Casino X, you've got to go."

Furthermore, just as I am sure that somewhere, sometime, someone got the old heave-ho for card-counting at Blackjack when they were doing no such thing that there would come a time that non machine-AP's would eventually get tossed on the belief that they were AP'ing machines.

The other thing is that the casino has no idea who the machine AP would or could bring to the casino.  The fact is that not everyone is an AP, and not everyone an AP hangs out with are AP's.  AP's will occasionally use their comps and points on family and friends who might come into the casino, play slots and deliver the kind of Expected Loss in one visit that is double what the AP's Expected Win is for an entire week.

The other thing about counteracting machine AP is that, other than plays involving the machines themselves, (i.e. Progressives, Must-Hits, Vulturing) a casino does not necessarily have to be a place where AP is regularly possible.  The only thing a casino really needs to do is make the Video Poker so bad that, even with the combination of points multiplier days and the offers, the game simply can not be beaten.  If that's not good enough, then simply program the Video Poker machines such that Video Poker games do not qualify for points multiplier days.

You can also have Promotions that appear to be beatable to the average player while the AP knows that they are not beatable.  I mean, that's the entire casino illusion to a ploppy, right?  "Anyone can beat these games at any time."  Double Points, 5x points, 10x points, drawings, gift cards...I don't care.  I could come up with some Promotions that look AMAZING to the average player that an AP would not care about one bit.

Many casinos don't want to do that, though, because then they would have to sit down and actually do the math required to figure out how to keep an individual player below a 100% Expectation when combining any multipliers, mailers and games.  They want to have that illusion of beat-ability, that often results in actual beat-ability, but they don't want anyone to actually beat them.

My answer to casinos is that you simply have to be more creative than backing people off or no-mailing people.  There is a way to keep all of the guests (AP's included) happy, or to position your product such that no AP would ever be interested in it in there first place, but it still looks good to regular players.

But, backing people off and no-mailing them is just lazy.  It also makes your property look like a sweat joint and results in horrible word-of-mouth.

If you offer beatable games and promotions, then just let the players who know how to beat them do it.  It is hardly going to be a dent in your bottom line compared to the scores of ploppies that come into your establishment.  And, Hell, if you make the AP really happy, he'll probably bring some of those ploppies to you himself.

I just want to know how to find out who owns the getb8 gambling site. if you can show me how to find this, or just tell me who they are, id greatly appreciate it.

Don't know, but it seems like the same company is somehow involved in offering pirated movies and advertising for casinos during the movie:

I'd probably not go with a casino site that relies on pirated movies as a means of advertising.