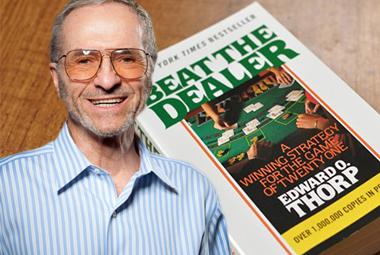 In 1962 professor Ed Thorp published the first widely distribute, mathematically sound way to beat the casino game of 21. His book Beat the Dealer terrified casinos so much that casino owners called a meeting and decided to change the rules of blackjack concurrently. This did not have the desired effect they had hoped for. In fact it nearly killed their business model. Player rates dried up because players decided that the casinos were not playing fair.

Several weeks after the change the casinos were forced to reinstate the original rules to try and get their players back. And it worked well. Casino profits surpassed the levels prior to the release of Thorp’s book and the revenues continued to increase over time. Casinos owe their initial revenue spikes to Ed Thorp and his first book. This is because just knowing the casino could be beaten was enough to reign in the masses. And with the declining revenues seen across the spectrum of gaming in today’s environment Advantage Players can once again save the casinos from themselves, if they only listen.

Many professional players have been playing for years and are intimately familiar with the operations of casinos and more importantly how specific changes will affect the playability of casino games over time. The most influential change on table games has been the introduction of the 6:5 payouts on naturals for the game of blackjack. This increases the casinos edge to almost 2%. For the slot games the switch from the standard 3 coin, 3 reels machines to the multi-line, multi-credit slot machines with a variety of highly recognizable themes are the new norm; they now dominate the casino floor and online domain.

The functionality of the multi-line, multi-credit differs from the traditional 3 coin variant. For example, Winkslots is a famous online slots website where a player can play slots of both variants. And where the functionality of the slot games are outlined so a player can see exactly how the games work. These are the two primary changes seen in casinos over the past 20 years. Other changes include the introduction of several side bets on casinos table games as well as reduced payout schedules. With these changes in place for almost 2 decades questions is how have they worked out? 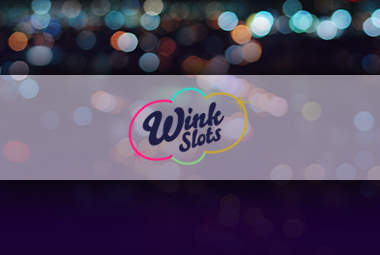 The short answer is not well, over the long term. Initially the changes had the objective of bringing in legions of lower denomination gambles. Casinos saw an initial spike in revenue, but as the tech bubble burst in the early 2000s and later the 2008 housing collapse these lower level gamblers did not have the disposable income they once had. When the 2008 financial crisis hit the casinos had made massive investments into the new approach, they were locked in. The casino industry lost 10s of billions of dollars from 2008 to 2016. The Las Vegas gaming industry just recently turned a profit after 8 years of massive losses, sort of. To do this casinos took on large amounts debts and restructured those debts. Also, the comps that were extended to players were cut dramatically, the casino resorts initiated a resort fee on top of the hotel cost; casino executives took a significant pay cuts, and lastly in perhaps the most egregious act of profit scalping was the casino charging for parking.

Any experienced player will tell you that gamblers want value for their gambling dollars. Value is defined in a couple of ways. The first is the time of play. When the rules of a table game are good then the player loses money at a slower rate than if the game had bad rules. Think of a 3:2 blackjack game as opposed to a 6:5 blackjack games. The 3:2 21game has approximately a 1.4% greater advantage for the player. Similarly, the traditional 3 real slot games have a 99.7% pay back, while the multi-line, multi-credit machines have a payback in area of 95-96%.

With these higher hold ratios the casinos are burning out players at a faster rate than before. So the same 100 dollars that would last 1hour on a machine or at a table is now only lasting 35 minutes. The value has been reduced by almost 1/2. This forces players to be transposed into customers. They search for value in other areas. That same 100 dollars used for gambling is now competing with a shopping spree at the forum shops, a 5 star dining or a 90 minute show, where the value is defined as opposed to estimated. 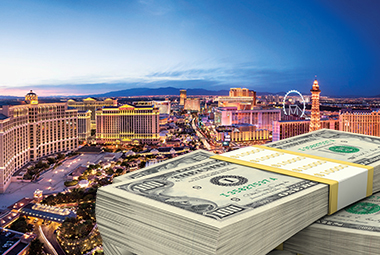 The objective of a casino is to keep a player happy and playing, even when they are losing casinos would do this with a variety of comps. Food, free rooms, free shows were among the freebees. This along with games with good rules would keep the player playing for extended periods of times. The turn and burn philosophy that the mega resort and casinos have decided to adhere focuses getting as much from player as quickly as possible with giving up as little as possible.

A branch of mathematics that deals with trade-offs is game theory. The most successful approach is tit for tat. This means when you get something when you give up something. Time after time it has yielded better results than the more complex theories. The casinos are trying a nothing for something strategy which leads to a non returning customer base. This is discernable by the traditional customer base 80/20 rule -- where 80% of revenue comes from 20% of your customer base, migrating to a 80/15 and sometimes 80/10 rule. Customers are not returning and the revenue is also not returning.

Better games, better comps and more value will not only bring players back it will bring better players back. Players with disposable income to expend on casino gaming. There must be a trade off of value for the gambling dollars spent. Returning to previous proven methods of success is the best method of attack. It’s the best way to make casinos great again.

Thorp first published in an obscure computing journal but it did not go unnoticed. Once his book hit the NY Times list, Vegas was (unwisely) livid. Thorp just happened to grow a beard and when he entered a casino one of the shift managers waid 'That's the guy who wrote the book'.

Zillions of people flocked to Vegas after practicing in their home rec rooms and Vegas started ripping out craps tables and putting in blackjack tables. Some casinos told their dealers, we will wait till your kids are graduated but if you send them to our dealer school, you get a bonus.

Now we all define 'value' differently. Some just want a place to smoke and get away from their spouse. Some want to bankrupt The Venetian in one roll of the dice. Expectations are not necessarily reasonable and some are utterly invalid, but once a general expectation exists, monkeying with it can be trouble. It took years to get rid of those 99 cent shrimp cocktails that cost the casino $2.50, but every time some MBA ended it, the drop plummeted.

Gamblers go by 'rough ideas' not precise measurements but they sure know how long a c-note used to last at a slot machine and how long it lasts now. That dump in Laughlin actually increased its craps hold after it posted a full, detailed map of the craps table and fully defined bet positioning and dealer terminology. Even the low rollers in Laughlin wanted to have knowledge along with their free geritol comps and I'm sure most of them had been playing craps since infancy. They appreciate the information and the informative attitude. Even if they are already 'experts' they liked a casino that was straight and informative.

Sure the casinos became too greedy and focused on 'bodies' thru the door rather than gamblers thru the door and treating them well. All those clubbers, all those gourmands, all those show going people walked in the door but not all were gambling any money. Six to Five, Slot 'deception', Party Pits.... all made things worse. MBAs ruled. Players could lump it. Now Vegas is reaping what they sowed.

The obvious answer is for us all to pitch in the couple hundred million and run the casino right making money hand over fist, buku money. Maybe Wink casino get in on it with us.

>pitch in the couple hundred million
Do you mean bail out the casino industry for the mistakes of the short sighted MBAs?
I think its similar to those themed slot machines: the casino has to pay an upfront royalty for using some Hollywood character, but in the end you all know its the players who pay that royalty fee thru lower payouts and fewer hits.

It would fail miserably because the big shots would copy most of your moves until you're bankrupt then follow each other's leads back to disrespect of gamblers and easy money only.

Disrespect of Gamblers?? If only we could bring back Benny Binion. He was a lifelong gambler, never fired his dealers for doing drugs and often staked losers to another stint at the craps tables. At a time when Markers had no validity outside of Nevada he had a payment rate darn near 100%. He always followed the square deal, square meal philosophy and always respected his customers.

Has anyone ever done a study of casinos owned by large corporations versus owned by smaller groups such as a family. Are the games better and the odds better when there are no stockholders or quarterly reports or wall street fund mangers to please?

I dont think for the reasons you think, I think smaller independent joints are fearful of backlashes. Big companies know they own so many in the area, the people don't have many options besides them. They basically can afford to bluff.

Casinos since the 2000 internet debacle have unwisely bet upon the Player. Every Casino I know of did this, and is breaking Rule #1, "Don't bet on the Player, its a losing wager". the House has the advantage. So the profits earned were not enough, and credit was extended. THAT is the reason Casinos are in trouble. Moreover, the painted picture of what Las Vegas is envisioned as, is merely watercolors on a rainy day. For all the glitz and glamor painted, the practical reality is that gaming is unsustainable as evidenced by the cost of upkeep and redesign. Financially unwise decisions were/are being made at large ratios of cost divided by income.

Now, Las Vegas is not alone, Atlantic City is not alone, or the myriad Native American Indian Lands. The States themselves want a piece of this action and there are now territorial competitions being held in the North East USA. Gaming is becoming spread thinly, with competition. As a whole, the Gaming Industry has lost its luster, and is greatly in need of State-run mobile gaming within said Jurisdiction. Sarcastically, the only Bright Shiny Object remaining is an iPhone or iPad.

Sorry for the double... but I fully agree with FleaStiff. Without a guy like Benny Binion, Vegas loses face. Gaming itself loses a little creedence.

And just as the rest of the casino owners in Vegas ganged up on Benny Binion, so too will the plethora of casinos (brick and cyberspace) gang up with the politicians to slice the margins thinner and thinner until its all nothing but a memory.

At the start of prohibition there were over 4,000 breweries by the end of it there were 8. It will be the same way with casinos: 8 good ones will emerge from the red-ink bath.