I recently found myself at my, ‘Home,’ casino playing off some free play on, ‘Ugly Ducks,’ Deuces Wild.  There is a slight advantage to be had by maintaining a consistent amount of coin-in on every visit to generate the same free play offers, a ‘Sweet spot,’ if I may.  This slight advantage actually becomes a moderately strong (in terms of percentage) advantage on multiplier days, and if some of that coin can be played on a positive expectation slot machine, then all the better.

In any case, the money that came from my free play was down to about $21.25, or something along those lines, and given the amount of coin-in I had played to that point, it was looking increasingly likely that I would have to pull out some actual cash in order to meet my coin-in goal.  Of course, that’s not an unusual situation because, even on winning days, it is not at all uncommon to first lose the free play and all money derived therefrom. 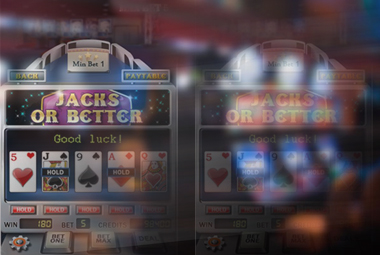 I held a lone deuce a few hands later and caught the other three for $250, “I’ll take that every time I can get it,” I say to nobody in particular.

Apparently, my statement caught the attention of the gentleman sitting next to me, I had noticed he had about $30-something on the machine when I first sat down, and he said, “I would too, if I could just get my $100 back, I would be done.”

He was playing video poker at the time, but when I first sat down, he had been playing a video keno game.  I looked over at his machine and noticed that he had almost $90 in credits on it and I couldn’t help but wonder what he had hit to get that.  For some reason, he was playing Jacks or Better, and short-coining, at $0.75/hand.

I didn’t feel like giving any speeches at the time highlighting that there was little difference between $80-something dollars and a hundred dollars, and if he felt like leaving or didn’t want to lose the $100, then he should just leave.  Instead, I replied, “You’re pretty close.”

He let out an exasperated sigh and replied, “Not close enough.  I was back up to $95 once, and then almost $90 another time and now this time.  It seems like every time I get close to getting it back, I hit a bad run.  Maybe I should quit switching games.”

Maybe you should quit short-coining, I thought, but I didn’t say anything.  I decided to take a five minute break for a cup of coffee and to walk around and see if a must-hit I had been looking at earlier had been vacated, “Good luck to you,” I said to him.

The concept of, ‘Getting it back,’ is something that keeps several players chasing losses and getting close but not quite such that they end up, ‘Giving it all back,’ in every casino every day.  I find it strange because most players know and would readily acknowledge that they are playing at a negative expectation, (though some would need to have the term explained to them) yet they seem to reach a point at which they believe that they will get their money back.  The usual pattern is that the player will go down by some amount, often after being up, and will then endeavor to break even.  Of course, the players who do eventually break even often still do not choose to stop there and then they instead pursue a win of some arbitrary amount.

...Only to generally lose the amount they put in in the first place, if not more.

If a player loses $200 on Tuesday, and then returns to the casino on Thursday and wins exactly $200, does that constitute the player, ‘Getting his money back?’  In the sense that we are all, positive and negative expectation players alike, engaged in a lifelong session, I suppose it could be construed that way.  However, from the perspective of most individual players, the answer will be, ‘No,’ as they would say, “I won $200 today.”

One might inquire, “Okay, so what happened on Tuesday?”

In my opinion, there are only two correct ways for an individual to look at his gambling wins or losses.  The first of the two, often employed by skilled advantage players, is to regard one’s entire life as a single, ‘Session,’ but those who do this tend to meticulously track results and could tell you precisely where they are compared to a few months or a year prior at any given time.  While I do not necessarily engage in record-keeping that is that stringent, I do recognize that if the balance of your action throughout your life has been played at a positive expectation, then you should be  a winning gambler, if at a negative expectation, then you should be a losing one. 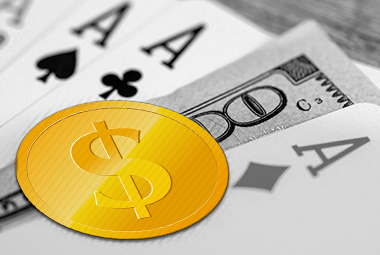 For this reason, many advantage players keep their scores in terms of EV gained or lost rather than in terms of day-to-day results.  That doesn’t mean they don’t keep track of where their bankroll is at, it simply means that their bankroll has nothing to do with how they are construing their score.  Of course, that is a positive attitude that will prevent an advantage player from ever chasing in order to, ‘Get it back.’  If there is no advantage to be had, then there is nothing to get.

For recreational players, what I would suggest is simply to look at every bet individually rather than looking at things in terms of a, ‘Day,’ or a, ‘Session.’  There are certainly practical concerns that come into play such as not wanting to lose more than $XX.xx or $XXX.xx in a given day, but aside from not losing more than the most that a player can tolerate, there is no reason to look at things in, ‘Day,’ terms or, ‘Session,’ terms.

The best way to look at the situation is on a basis of individual bets, you put in $100 and are down to $81.25, you play a hand, lose, and now you’re down to $80.  A situation such as that doesn’t mean that you have to, ‘Get back to $100,’ what is the point in that?  The player is not getting back to anything because the $20 no longer belongs to the player, it belongs to the casino.  At that given point in time, for a player to cash out at $100, would mean that the player won $20.

When mulling over the concept of, ‘Getting it back,’ negative expectation players should simply look at the amount of money they have against the bet they are about to make and ask, “Do I want to lose this bet?”  They have to realize that what is theirs is whatever amount they can walk away with at that moment, any monies lost simply do not belong to them anymore.

We win or lose with each individual bet.

You are wasting your time Mission. It is an age old concept. Sort of like playing with house money. We know once I have control of it, it is mine. But players love to bet big on house money. As for getting even, well, that's a win in their mind. And each time they get close and fall back, just reinforces then can get even shortly.
Players are not interested in an long run stats. They are playing for today and today only. Even when playing a low HE game, like 3/2 BJ, many see the only way to get even is to raise their bet. Often ensuring that a few losses in a row, will deplete their bankroll. WC said it long ago " Never smarten up a chump " I prefer never try and teach a pig to sing. It waste your time and irritates the pig

All I can do is try to help!