The one term that you'll see thrown around a good bit if you peruse Poker Forums or read through the old posts on Poker News related sites is that Full Tilt Poker was a, "Ponzi Scheme."  In deciding whether or not Full Tilt was engaged in a Ponzi scheme, I think there are some similarities and some differences that needs to be addressed:

The question is whether or not it was a simple matter of awful timing with respect to Black Friday and the Department of Justice's crackdown.  What we do know is that Full Tilt Poker had roughly 300 million in player accounts and they only had 60 million of that money in cash.  We know that they had roughly 130 million dollars in backlogged U.S, deposits, and that they had lost some money by way of account seizures and processor theft. 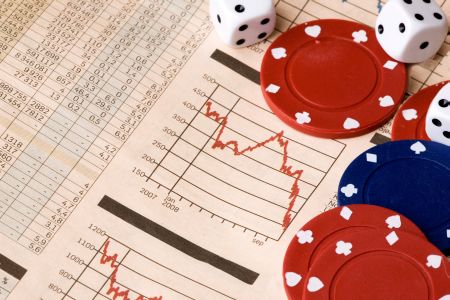 At the end of the day, though, this is similar to a Ponzi scheme in that they simply did not have the players' money.  The way a Ponzi scheme works is that earlier investors (or investors who want to withdraw) are essentially paid with the money of new investors until the whole thing collapses under its own weight.  In this case, the Poker Players themselves were basically investors.  I'm not saying that they weren't doing it for entertainment or were all good poker players, but the point is that they put their money in on something that had an uncertain result.  In effect, whether or not they would win.

Another commonality with a traditional Ponzi scheme is that the owners continued to get paid their disbursements.  At the end of the day, that's what a Ponzi scheme is, the guys at or near the top (i.e. original investors) tend to benefit tremendously while the newest people to come in lose their investments.  One can argue that this exact thing happened given that the owners of Full Tilt Poker collected (and retained) disbursements even after it was found that they could not cover their obligations to players.  Most of the owners made no efforts to return any disbursements that occurred after it became clear that they had insufficient cash to cover player accounts.

The main difference between FTP and a classic Ponzi Scheme is the fact that FTP had a successful business for many years that resulted in (legitimate) profits for the owners as well as a self-sustaining company.  Make no mistake about it, as the second-largest poker site on Earth, there was a time when FTP was nothing less than a resounding success.

Furthermore, had it not been for the events of Black Friday, the problem of the backlogs, and even the seized and stolen money that resulted in the cash shortfall could have been theoretically rectified simply by virtue of FTP continuing to do what it had always done.  Accept deposits and make rakes and tournament fees.  Even though, at one time, FTP's cash balance was only sufficient to cover roughly 20% of all player funds, as long as there was not a serious run of withdrawals, things could have balanced out.  I'm obviously not suggesting that it was a Lock, just that if their business had not been fundamentally decimated by the Department of Justice on Black Friday, they may have found a way out of the hole.

Is it not ironic that the most important entity that resulted in the players going so long without being paid is the Department of Justice?  An entity sworn to protecting the American peoples' rights essentially accomplished nothing more than destroying a wildly successful company and, unknowingly, making absolutely sure it would not be able to pay all of the players of its own accord.

Therefore, my conclusion is that to call FTP a Ponzi Scheme is fundamentally unfair.  While I suspect that Lederer may have had more of a role in the affair prior to April 7th, 2011 than he let on, I still must admit that he had been with FTP since its infancy and had contributed to making the company a remarkable success.  Furthermore, the company actually did have a history of doing business with integrity for several years.

The main problem is these Puritanical Laws that would suggest that people do not have the right to do what they want to do with their own money.  Can anyone really give me a good reason why American Banks processing gambling transactions is or should ever have been illegal?

Against the crushing burden of having to do run-around transactions and pay payment processors obscene percentages for several years, Full Tilt Poker had built a hugely successful company that was profitable for the owners and, most importantly, that most of the players absolutely loved.

While Full Tilt Poker should not have paid the owners any disbursements (possibly Ray Bitar simply trying to keep his job) when their available cash no longer exceeded player balances, they were, repeatedly, a victim of having to play a shady game when a reasonable set of laws, regulations and the fundamental appreciation of the freedom that Americans SHOULD HAVE would have kept everything above board.

In the end, everyone would have done better.  Except losing poker players, of course, they'd have lost their money either way.