Howard Lederer takes responsibility for the events leading up to April 7th, 2011 only to the extent that, as an owner of the company, he should have had a better grasp of what was going on.  However, he is very quick to point out that, at no point prior, were the financials anything that either himself or Chris Ferguson, (who is quiet on the subject to this day) something with which they were actively involved.  It does seem, however, that even the most cursory examination of player balances vs. what Full Tilt Poker had in its various accounts would have indicated that something was seriously amiss.

Unfortunately, it turns out that the nearly 130 million dollars in backlogged deposits was only the tip of the iceberg of Full Tilt Poker's insolvency.  Ultimately, it appears that Full Tilt Poker had a shortage of 250-300 million dollars as compared to liabilities to players.  However, the disbursements to owners continued despite the serious cash shortfall that SOMEBODY, namely CEO Ray Bitar, definitely knew about. 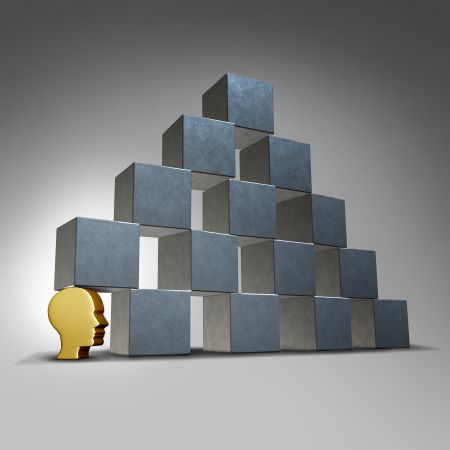 The only plausible explanation that gives Lederer any deniability whatsoever is that he and other owners erroneously assumed that the company was doing well and continued to be profitable as a result of continuing to receive disbursements.  To wit, the owners of Full Tilt Poker, collectively, received well over 400 million dollars in disbursements over the life of the site.  If, as an owner of a company, one is continuing to receive hundreds of thousands of dollars a month as a result of an overabundance of cash, then one would naturally assume that the company is doing well.

Or, alternatively, one might intentionally choose to stay in the dark about what is actually going on.  Why?  Obviously, to preserve some semblance of plausible deniability.  Obviously, I'm not going to extend that explanation to Owners of Full Tilt Poker who were not on the Board of Directors and had clearly never taken any sort of a role in the management of the company, but I will say that Howard Lederer and Chris Ferguson are either two of the most negligent Members of any Board of Directors in history or they had knowledge of what was going on the entire time...but managed to hide any knowledge of the facts from any official records.

It is obviously in the interest of the owners, and especially CEO Ray Bitar, to hide what is going on from the general public and some other owners that way they can continue to siphon the dwindling money available to be disbursed.  Even then, in the unlikely event that Bitar had acted without the knowledge of the Board of Directors, it would make sense for him to continue disbursements to convince the other owners that the company is doing well in order to not lose his CEO position and the $200,000/month salary that accompanied said position.

One matter of controversy is that Full Tilt Poker continued to accept deposits from non-US players after Black Friday when they knew full well that they didn't have the funds to play the players.  That was certainly not the right thing to do as they continued to describe such deposits as, "Safe and secure," when, in fact, they were anything but, however it is understandable in the course of trying to continue to operate while Lederer sought either a buyer or investors for the company.

The fact is that, to stop taking deposits from Non-US players is essentially the same as immediately shutting the company down completely and immediately telling the players that there is a strong possibility that they will not be paid.  The reason is that, whatever value Full Tilt Poker still had, it would be greatly diminished if they ceased to operate.  Furthermore, if they were to stop taking deposits, it is conceivable that players with money in their accounts would (rightfully) panic and try to withdraw their money from the site.  Obviously, a run on the limited (roughly sixty million dollars) that the site actually had in its possession would have ended the site as an operating entity almost immediately and would seriously diminish the value of the site and the brand.

In other words, the site was left in the position of choosing either a scenario where the problem DEFINITELY does not get rectified or one where the problem probably does not get rectified.  Further, there was an outside chance that, with enough deposits and via the rake, Full Tilt Poker would actually find its way back to financial stability.  After all, for the time being, they had a reasonable enough excuse in place for not immediately paying the US players.

With all of that out of the way, outside of attempting to find a buyer or an investor, let's talk about what Howard Lederer did as opposed to what Howard Lederer could have done.  For one thing, Lederer did have a loan with the company that he repaid (less his player account balance) until Chris Ferguson pointed out that Lederer was effectively still paying himself said player account balance before anybody else could possibly get paid.  At that point, Lederer then paid back the amount of his player account balance, as well.  In the meantime, Ferguson had received a five million dollar distribution and had another nine million pending, he returned the five million and essentially cancelled the nine million.

With little success, Lederer then set about recovering other loans that the company made to owners.  In addition to a two million dollar loan made to Erick Lindgren, for example, Lindgren had actually received the two million dollars twice, with the second two million being an erroneous transfer to his bank account.  Naturally, this money was not recovered despite Lederer's assertion that they might need that money to continue to operate in August of 2012, (if the July 2012 PokerStars buyout fell through) as they needed at least 1.5 million to operate.

Of course, with the lone exception of Chris Ferguson, that's not something that ever happened.  In fact, Howard Lederer is currently sitting pretty with a net worth of over sixty million dollars, from which forty million can be attributed to his ownership of Full Tilt Poker, and the only thing that he ever contributed was slightly over 2.5 million dollars...because his settlement with the Department of Justice required that he do so.  Ironically, while he was allegedly worried about operating through August of 2012, had he given the 2.5 million dollars of his own free will and accord, the site would have continued to operate for nearly two more months based on his 1.5 million per month figure needed!

Ultimately, Lederer would go on in the TwoPlusTwo interview to deny any further responsibility to players as a result of the fact that PokerStars agreed to assume the Full Tilt Poker liabilities to players in accordance with its agreement with the Department of Justice.  In effect, PokerStars was essentially required to buy Full Tilt Poker.  While it may legally be true that neither Lederer, nor any other owner of the former Full Tilt Poker, has any further obligations to players...that's a Hell of a way to get out of it!

The only corner Lederer was painted into in any of his interviews about the matter was in the TwoPlusTwo Podcast when they essentially forced him to admit that he kept disbursements that he absolutely knew came AFTER the company must have been financially insolvent.  However, to otherwise hear Lederer talk about it, getting, "Our customers paid," was his first priority.

To answer my question from the first Article in this series, I think it would ultimately be appropriate for Howard Lederer and Chris Ferguson to be banned from the Official Tournaments of organizations such as the WSOP and WPT.  While it is true, as Daniel Negreanu pointed out a few months ago, (he previously called for a lifetime ban for both) that neither of the two actually directly cheated at poker, I cannot help but come to the conclusion that Howard Lederer cheated the players of Full Tilt Poker.

As an owner of the company, he is directly responsible for the conveyances of the company such as, "Deposits are safe and secure."  Further, I think that he should also be responsible for finding out how much in disbursements was paid to him AFTER the company no longer had enough cash on hand to cover its obligations to players, and find some way of addressing returning those to players.  Howard Lederer is worth tens of millions of dollars while a wide assortment of Full Tilt Poker customers had to wait YEARS to receive amounts as low as a few hundred dollars.  A few hundred dollars that in part wasn't there, let's not forget, because it was paid in disbursements to Howard Lederer.

It's a shame, too, because there was a time that, if asked who my favorite Poker Pro to watch was, I'd have replied, "Howard Lederer," without even missing a beat.

I thought he was classy, calm, collected, calculating and, perhaps most importantly, he never went on tilt.