If there's one thing that people don't seem to fully recognize about the Unlawful Internet Gambling Enforcement Act (UIGEA), it is that its primary purpose seems to be to make it difficult for players to deposit to online casinos and for said casinos to receive said deposits.  As I noted in my extremely exhaustive series of Articles on the rise and fall of Full Tilt Poker, it is that the current laws are designed to prevent banks based in the United States from undertaking transactions (read: deposits) to online casinos. 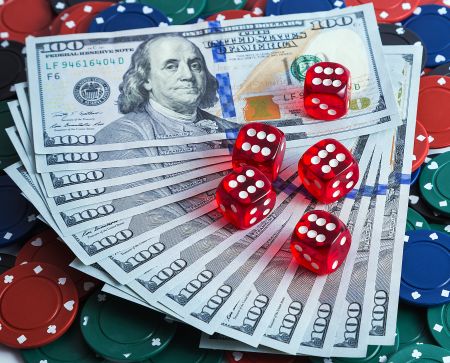 As we saw with the Full Tilt Poker Article, there have been interviews with various payment processors that have stated that the site was so desperate to successfully acquire some of the money that players deposited (and were credited on their accounts) that the offers were as high as 25% of the funds to go to the processors.  In many cases, the buck doesn't stop there as the processors also have what effectively amount to, "Merchants," through whom to push deposits who take a cut of the processor's cut.

There are many ways that online casinos attempt to accept the deposits that players choose and want to make, and among these methods are simply masking the transactions as something unrelated to online gambling.  If you have ever deposited to an online casino, you might notice that your credit card statement will come back showing a charge from something bizarre that you may not recognize yourself as having made, but before you pick up that phone to make a fraud claim, take a close look at the amount and see if you didn't deposit said amount into an online casino!

In addition to the tactic of merely disguising the transaction as something else, online casinos will also occasionally go to the effort of contracting (or creating) companies from which Gift Cards can be purchased, and then the Gift Card code can be redeemed at the online casino and such will complete the deposit.  There are also companies that essentially act as accounts for a player, such as NeTeller, into which a player may deposit funds and then, from there, transfer those funds to an online casino.

The most unfortunate aspect to all of this is that the Federal Government could simply allow the players, as legal adults, to make their own decisions as to what they wish to do with their own money.  For the Federal Government to do same (effectively 100% legalize online gambling for all parties involved, including banks) would actually benefit virtually all parties involved.

The players would benefit because they could make their deposits and withdrawals without there being any hassle whatsoever.  No delays, no signing up for this account, that account, or the other.  Just funds directly from their bank to the desired casino.

One thing that people often say about Internet Gambling Sites is that they can afford to give better odds than most land casinos because their costs are so low.  Unfortunately, that's only partially true.  When you have payment processors and the like shaving a percentage off of the deposit of every player, whether that player in fact wins or loses, those amounts can add up quickly.  Online casinos, as house-banked games, must be very careful that they have enough money at all times to cover all players funds as well as any possible losses to players...and that can occasionally be difficult when you don't actually get to receive all of the funds deposited by players.

Furthermore, even though there would be some kind of cost associated with being regulated and licensed by a United States regulatory agency, the trust that the gambling public (particularly those in the United States) would have in online casinos would absolutely shoot through the roof.  Gambling online, in all likelihood, would become even more commonplace in such a scenario than it is today.

Also, the sites would not have to worry about any middleman fraud with respect to the processors, they would process their own payments at all times and such payments would be received directly from the financial institution of the player in question.  Deposits would still be credited immediately, but the main difference is that's also when the casino would be receiving the funds.  Immediately.

What, wouldn't they have more work to do if they were to regulate?

The first benefit that the Federal Government would have is that the licensing of online casinos would, presumably, cost the casinos some money.  Money that is otherwise going to offshore payment processors (and the like) in order to facilitate the ability of the players to even be able to play online.  This money is going to create jobs in the regulatory field.

Furthermore, the IRS (and, by extension, the Federal Government) would also benefit because, as with land casinos, any profits generated by the operation of the online casinos would be taxed.  Furthermore, player wins would also be taxed based upon whatever standard and mechanism for taxation that the IRS would decide to implement.

By making everything above board and granting players and would-be players (as well as the banks) the unrestricted freedom to participate in whatever transactions they so desire, we see that everybody is a winner in the end.  The reason that everyone is a winner in the end, ultimately, is because money that is in (and would typically be spent) in the United States remains in the United States.  Is it a, "Can't Lose," system?  Perhaps not, but it's close.  Besides that, the country is already losing by not enacting the standards that many of our more liberal European friends have...and we claim to be the freest nation on Earth!