It Really Was a Gambling Company!

The thing to understand about running an online Poker company is that, at least fundamentally, it seems relatively easy provided you have enough players.  As with any other business, there are certain expenses that have to be met including employee expenses and overhead.  However, after we get past the start up money necessary to get the ball rolling, it seems that it would be a very simple matter of collecting enough money from the rakes, tournament fees and perhaps merchandising to a much smaller extent, to meet those expenses.

The key is that Full Tilt Poker did not offer any, "House Banked," games.  The result of that is that the money deposited by players into the casino was such that, as long as the casino did not spend in excess of the cash that they raked in, they should perpetually be fine.  There was no series of unforeseen jackpots or huge run-ups (and cash outs) by players that would ever give the company any liability in excess of what the players deposited.  At least, this was theoretically true. 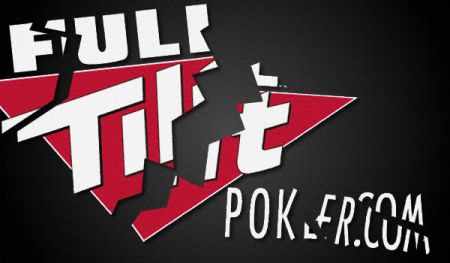 The first major gamble that Full Tilt Poker took was crediting Player Accounts with deposits that had not actually been collected because there was no way to process them.  In fact, the shutdown of the three major poker sites on Black Friday was due to the Department of Justice's decision to enforce its interpretation of the Unlawful Internet Gambling Enforcement Act, (UIGEA) which essentially resulted in civil charges for the primary Board of Directors for Full Tilt Poker, the company itself, and the potential for criminal charges for the parties involved.  Criminal charges, it should be mentioned, to which Ray Bitar pled guilty.

In any event, for the convenience of the players, the attempted deposits were credited immediately to player accounts.  To fully appreciate the scope of the Full Tilt Poker business, it is important to understand that uncollected deposits amounted to roughly 130 Million Dollars, so what you are looking at there is $130,000,000 that is in the accounts of various players which the company had not actually received.

In any event, Black Friday had made it all but impossible to collect any of these U.S. deposits, at this point, because that was one of the very reasons that the Department of Justice was going after the named parties, as well as the payment processors themselves.

The other thing that one has to realize is that the payment processing wasn't cheap.  Chad Elie was one such processor who stated in an interview with Pokernews.com that the fees he charged were typically 10%.  Further, in the months leading up to Black Friday, it had become so difficult to process payments that companies such as Full Tilt were calling and offering him as much as 25%, as an initial offer to process some payments for them.

The result, as we can clearly see, is that if Full Tilt Poker has a player deposit $1,000, then they would only typically receive $900 of that money in the first place.  If we imagine that the rake is 1%, then we can see that the $1,000 would have to have $10,000 worth of total action on the poker tables before it has even paid for its own processing fees.  The online poker industry, as well as any online gambling industry, is a business that succeeds by virtue of its volume.

To give a Variant of the example given by Lederer in, "The Lederer Files," let's say that three players deposit a total of $3000 ($1000 each) into the poker site.  For the sake of simplicity, we're going to say that the three of these players end up playing one another at a No-Limit table and it is winner-takes-all.  We're going to say that the online payment processor took 10% of the payments that were successfully processed, but we're not going to account for Rake for the sake of simplicity.

If Player 1 wins and has $3000 and attempts to cash out, the site could inform him that they did not receive his second $500 deposit, and therefore, they are only able to pay him in the amount of $2500 because effectively, that's all that he actually has.  The poker room, after fees, received $1350, so we see that they are actually out $1150 after fulfilling this obligation.

If Player 2 wins and has $3000 and attempts to cash out, his credits have actually been received by the casino, so as a result, the casino is paying back the deposit of $1000 as well as an additional $2000 of which they have only received $1350 in actual cash.  However, $900 of that $1350 actually came from the winning player, so as a result, the site is actually out $1550 after completing this transaction.

If Player 3 wins, then the site is off the hook for the first $1000 because it never received it.  Actually, this is the best possible result for the casino because the player gets paid out $2000 of which the site actually received $1350, so the site is only out $650.

Obviously, none of these situations are ideal for the site as they lose money in all cases.  Furthermore, on the money that they do actually manage to rake, a not insignificant portion of that money is money that they never actually possessed to begin with.  Effectively, it doesn't exist.

What the site hoped for after Ray Bitar allegedly told Lederer, (who told Ferguson) about this on April 7th, I say allegedly because it assumes Lederer was not aware before that, was that a significant portion of this uncollected money would still be in the accounts of players from whom it wasn't collected.  Unfortunately for Full Tilt Poker, they found that of the 130 million, only approximately 10 million was still in the accounts of the players in question.

Howard Lederer chalked it up to them being subpar poker players and losing all of the money to superior players.  However, I chalk it up to something much more simple and fundamental: The site worked exactly as it was supposed to.

Poker rakes are an interesting thing because huge hands (and players going broke) is not necessarily a positive for the casino.  If a player has a balance of $1,000 and loses it all in just one hand, with the house raking 1%, then the house has only received $10 in rake as a result of that player and that player is now busted.  Having already discussed the processing fees, what we see is that the site actually loses money on that player.

On the contrary, what the site is counting on is the, "Same," money being put in play multiple times.  This enables the site to take multiple rakes off of the same money, rinse and repeat, all about the volume, which is exactly how the site makes its money.  Therefore, I don't conclude that these players were all completely inferior and lost to more skilled players, (at least, that's not 100% of the cause) but also that the site accomplished the very fundamental thing it is supposed to accomplish and raked a not insubstantial portion of this money in via rakes and tournament buy-ins.

Of course, that's only a profitable endeavor when the site is raking in money that actually exists.

Furthermore, one almost has to conclude that there would have been a number of players who realized that they were essentially free-rolling at the site and sought out to free roll even more.  They might have even told their friends about it.  To that extent, and such players would actually owe the site (and, by extension, other affected players) some money.

In addition to the problem of this backlog, Full Tilt Poker also suffered from a few other problems which included outright theft from processors as well as having certain accounts seized.

Also, for players who occasionally wonder why it takes awhile to get paid out by online casinos, especially U.S. Players...yes, they have to go in and first make sure the actually received your money!

The combination of these problems was too much in the wake of Black Friday and U.S. accounts inevitably being blocked from the site.  Had Black Friday not happened, while there certainly is no consensus, the theory seems to be that Full Tilt Poker might have actually gotten through these issues.  It has been cited by multiple sources that the backlog of deposits had been going down, slowly but steadily.

Again, Lederer denies any knowledge of these things prior to April 7th of 2011.  Furthermore, while he remained on the Board of Directors, Lederer also maintains that he had, 'Retired,' from an active role in the management of the company and financials were not his department in the first place.  Lederer maintains that, prior to this date, neither the Board of Directors nor ownership at-large ever moved to conduct an independent financial audit because they didn't see the need to.

After all, another gamble that Full Tilt Poker took was paying its owners a plethora of, "Distributions/Disbursements," as well as a variety of other bonuses often related to public performance at poker tournaments and televised events.  As long as the disbursements remained steady and the general, "Balance sheet," looked good, it appeared to Lederer (and others) that the company was doing well.  That is one of the reasons, according to Lederer, that ownership never had an independent agency examine the financials, and moreover, why none of the Members of the Board of Directors took a closer look themselves prior to April 7th, 2011.

Is what Lederer is saying true?  What is his degree of responsibility if what he is saying is true?