As I said in my page about roulette, as a rule of thumb, the easier a casino game is to play, the worse the odds are for the player. Slot machines are a perfect example. Just put your money in, press a button, and see what you win. The objective of this page is to explain how slot machines work, debunk some common myths, and offer some advice on game selection.

Except for a few antiques still in use (there are some at Bonnie Springs), the outcome every time you play a slot machine is determined by random numbers and how those numbers are mapped to the positions on the reel strips. This is true for both 3-reel physical slot machines (called Stepper slots) and video slots. The games draw random numbers all the time, even when not in play. There is a separate random number generated for each reel. The last random numbers drawn when the player presses the "spin" button determines where the reels stop and what the player wins. In the case of single-line slot machines, each position on the reel strips has its own weighting, meaning that more outcomes of the random number will be assigned to one stop than another. It is common for the jackpot symbols to have a disproportionately low weighting, while the blanks above and below it will have high weightings.

Slot makers carefully create the pay table, reel strips, and rules pertaining to the bonuses to achieve certain desired average returns. For most games, they will make several different sets of reel stripping, each having its own house advantage. For 3-reel Stepper slots, the reel strips are always the same, so the weightings will vary. What is called an EPROM (Erasable Programmable Read Only Memory) chip contains the particular reel strips or weightings that vary from one return to another. The casino manager can decide which one to put into his machines. New technology at some properties allows the reel stripping or weightings to be changed from a computer elsewhere in the casino, with the mere push of a button.

Knowing all this doesn't help you lose less money at all. Your odds are still exactly the same as those of the president of IGT. However, knowing how slot machines work will explain why commonly held beliefs about slot machines are not true.

Myth: Slot machines are programmed to go through a cycle of payoffs. Although the cycle can span thousands of spins, once it reaches the end, the outcomes will repeat themselves in exactly the same order as the last cycle.

Fact: This myth is not true at all. A belief in this myth was central to some player lawsuits against casinos. Said players alleged that other players "stole their jackpots" while a casino employee was supposed to be guarding their machines. Justly so, the players have lost such lawsuits, because no event is ever "due" with a slot machine. The winning players just got lucky.

Myth: Slot machines are programmed to pay off a particular percentage of money bet; thus, after a jackpot is hit, the machine will tighten up to get back in balance, and when a jackpot has not been hit for a long time, the machine is overdue and, thus, more likely to hit a jackpot.

Fact: Players believe this one about every casino game. It is difficult for the mathematically challenged to understand that the more a game is played, the closer the actual return will approach the theoretical return, even with each outcome being completely independent of the past. At the same time, the actual monetary difference between expected and actual results gets larger the more a game is played. Briefly, the reason for this is that the gap between actual and expected results does not grow as fast as total money bet. It is a difficult concept to grasp without having studied statistics. If you don't get it, just take it on faith that nothing in gambling is ever "due."

Myth: Slots will be loose for the first several minutes when someone plays, to suck them in, and then they will tighten up.

Fact: Again, every play has the exact same odds. It does not matter how long it was since the game was last played. The above theory might be true of unregulated slots on the Internet; however, in Nevada, the casino has to file for approval with the Gaming Control Board to change the return of a slot machine.

Myth: Slot machines pay more if a player card is not used.

Fact: The mechanism that determines the outcome of each play does not consider whether a card is used or not. Not factoring in cash back and comps, the odds are the same with or without a player card.

Myth: Slot machines tease the player by giving two out of three jackpot symbols too often.

Fact: There is some teasing going on with slots, but not in this way. Each reel is independent, so the probability of any given reel stopping on the jackpot symbol is does not depend on where the other reels stopped. The way single-line slots can and do tease the player is in stopping above or below the jackpot symbol disproportionately often compared to how often the reels stop on the jackpot symbol itself. As I said above, each position on a slot machine’s reel strips has its own weighting, meaning that more outcomes of the random number will be assigned to one stop than another. It is common for the jackpot symbols to have a disproportionately low weighting, while the blanks above and below it will have high weightings.

Once you sit down at a slot machine, most of the time, there is no skill at all. An exception to this generality occurs in games like Top Dollar, where there is a bonus round in which decisions have to be made. In Top Dollar, if you watch the little screen, it will eventually give you advice, after about 20 seconds. It shows it quickly, so pay attention. You should follow this advice. It is my understanding that if skill is required in a bonus game, then the game must advise you on the best play.

However, the most important decisions to be made are which casino to play in and then which specific machine to play at. To help with casino selection, I refer you to a 2001 survey I did of nickel slot machines in Las Vegas. Granted, it has become somewhat dated, but I think it still makes for a rough guideline. The following list shows, from loosest to tightest, the return of nickel slots based on my small sampling.

More information can be found about the methodology of this survey at my companion site WizardOfOdds.com. 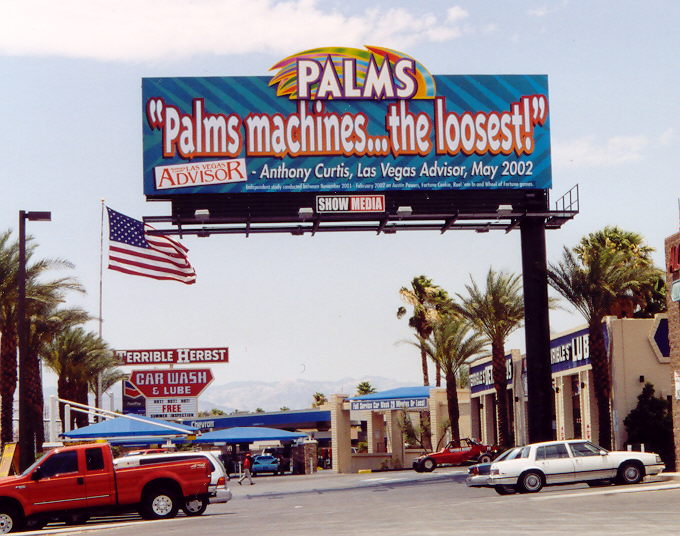 The above list is highly correlated to the looseness of video poker, which is easily quantifiable. My page on video poker explains how to gauge the return of a video poker machine from the pay table. That, in my opinion, is a much better estimator of slot machine looseness than my old survey.

As you go up in denomination, slot machines get looser. It is good strategy to play at as high of a denomination as you are comfortable with, and then to bet a minimal number of pay lines and bet per line. This, I believe, outweighs the economy of scale you get on some single-line games to make a maximum coin bet.

All gamblers should use a player card, but especially slot players. Slot players are the most lucrative for casinos, and they try to hard to keep them coming back. By using a slot club, not only do you earn immediate points, which can be exchanged for cash, free play, and comps, but the more you play, the harder the marketing department will try to incentivize you to come back. It is not unusual for a $1 slot player to be treated better than a $100 blackjack player.

Finally, if you remember just one piece of advice about slots, it should be to switch to video poker. Slot machines not only carry a high house advantage, but the rate of play is extremely high. Over the long run, slot machines are a vacuum cleaner to your wallet. Video poker requires some homework in terms of knowing the good pay table from the bad and how to play your cards. However, if you are a serious machine player, a little time spent learning video poker will save you hundreds, if not thousands, of dollars down the road.