$100 Says I Can Only Solve This Problem!

The thing is, the guys here that do this type of in-depth game analysis will usually charge $3000-$5000 for their services. Unless, of course, it's a new game actually in a casino and they're devising a strategy plus calculating the HE.
Have you tried 22 tonight? I said 22.
Joeman

I don't know. One hundred dollars?

The thing is, the guys here that do this type of in-depth game analysis will usually charge $3000-$5000 for their services. Unless, of course, it's a new game actually in a casino and they're devising a strategy plus calculating the HE.

In case this thread reopens, I do have a few questions about the list of hands:

1. Where does a "Painting" (1-color hand) or a "Rainbow" (5-color hand) rank? Remember that every hand that is not a straight has at least a pair.

As I noted in my earlier post, I think that "Painting" (1-color hand) and "Rainbow" (5-color hand) (as listed under Non-paired hands) must be empty sets because they duplicate Painted Straight and Rainbow Straight.

2. What, exactly, is a "Fool's Hand"? Does AKQQJ count as one?
3. Should the fifth card in a "two-tone flush" be the same suit as the other four?

Re: Fool's Hand: I really don't know but OP talks as if this table applies to scenarios where either 4 or 5 cards are drawn.

4: In a "suited two-tone" or a "two-tone," can one of the pairs be two cards one suit and the other pair two cards of another?

The phrase "suited" is said to describe 2-3 cards of the same suit and rank. So, my assumption is: NO.

6: Where is a 5 of a Kind that is neither a flush nor a rainbow?

I don't know. One hundred dollars?

The thing is, the guys here that do this type of in-depth game analysis will usually charge $3000-$5000 for their services. Unless, of course, it's a new game actually in a casino and they're devising a strategy plus calculating the HE.

He says he's invested a lot into this deck structure and game and raves about it, and has indeed patented it.

"If aliens came down.... They would think this was the greatest game in the world"

[edited, because I'd expressed opinions before watching the vids]
Last edited by: OnceDear on Aug 4, 2020
Take care out there. Spare a thought for the newly poor who were happy in their world just a few days ago, but whose whole way of life just collapsed..
darkoz

If this is a real life game that he's invented, I can save him a hundred bucks.
NO WAY it will be popular. Way Way Way too complex and incredibly badly explained. Familiar terms seem to be used in unfamiliar ways and unfamiliar terms are bandied about as if the player is to be glared at for not being psychic.
And using unfamiliar decks of cards. That's the final nail in its coffin.

Well if he gets the combinatorial math done for $100 it's still a low cost investment
For Whom the bus tolls; The bus tolls for thee
OnceDear
Administrator

Very probably. The guy seems to have invested so so much of himself in this brilliant game. He's so passionate. So engrossed in it. So invested.
He's asking for mathematical analysis. He maybe should have asked for the opinions of his target audience. But he didn't do that here.
I wonder, 'Who are the target audience for his game?'

Sorry USPaperGames for not sharing your passion. Let me explain 'why I'm one of the a-Holes that voted 'Easy':
It's 'easy' to walk past the game and the question. I'm too lazy to understand it, or to play it. I suspect I'm not alone. That's not disrespecting you or your game. You just failed to engage my attention.
Take care out there. Spare a thought for the newly poor who were happy in their world just a few days ago, but whose whole way of life just collapsed..
charliepatrick

charliepatrick
Joined: Jun 17, 2011
I think it's easier to think of four 5x5 bingo cards, one for each suit. Bingo cards typically have different colours for each column, so let's do it that way. The first column might be red, the second yellow etc. Reading downwards, each column contains A K Q J 2 (not sure why 10 isn't used).
Now I gave in trying to understand the hand order.

If you consider the four bingo cards stacked on top of each other...

Yes it would be easy, once one understood the hand rankings, to knock up a program to work through all the permutations. I've never done it but it's similar to working through the possible results for a fruit machine.

Sorry for the picture, it was hard finding a good picture of a US-style bingo card with the colours for the columns. 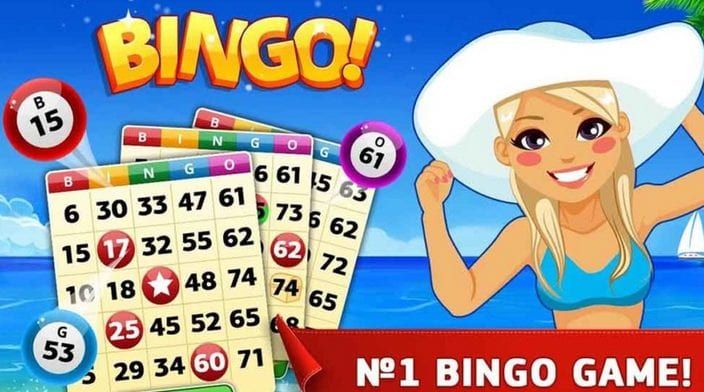 Or you can think of it as a tensor. Each card has three orthogonal properties.

Assign 1 to 4 to the suits and 1 to 5 to the colors. Then its simply a 3 dimensional grid with cards occupying integer nodes in 3-D space.

What I dislike is that he has re-defined words that conventionally have standard meanings.

His "flush" is either a 4-card flush or a 5-card flush. Except when "Flush" is used without any other modifiers such as "pairs" or "painted", then it means only a 5-card flush.

The combination math is straightforward for the hand categories once you get the definitions established. Its something like calculating the combinations for 7 card stud in which you seek to make the best 5 card poker hand.
So many better men, a few of them friends, are dead. And a thousand thousand slimy things live on, and so do I.
charliepatrick

I am guessing he's looking for 4-card hands for, while there are five Ace Spades, there are only four Green Aces. I can't see why not use special 5-card hands, four identical cards and then standard poker ones. I suspect the problem is Trips is fairly easy to make (NB 2-Pair is more difficult c.f. Four-card poker).

It you're looking for something that pays like Jacks or Better, then probably either 2-Pair or Trips would be a standoff and the higher hands paying out tasty sums. If you're only looking for difficult hands then something like Straight or better (paying at least 5/1) would work.
Gialmere

Gialmere
Joined: Nov 26, 2018
I don't doubt his integrity. From his writings and (now) videos, he comes across as an eccentric genius (with brassy overtones). I merely think what he's asking goes beyond entertainment and into tedium. A board game site might be a better venue to introduce his creation.

Unfortunately, we can't quote users currently sitting in WOV jail but, that first video was, I confess, entertaining.
Have you tried 22 tonight? I said 22.
RSS Feed