And trump picked him for his cabinet

So do you support trump and his choices or not?

Including today since the start of the last election, I haven't spent a total of 45 minutes altogether watching or listening to HRC and Trump put together. Last two times I voted, I wrote in Ron Paul, if it makes any difference.

I support America, America first, and Americans. Then labor, and anti war. I couldn't name his cabinet. I don't like kushner, Ivanka is smoking hot. Some of his sound bites attract me. But I don't follow that stuff. I couldn't tell a tweet from a cheese sandwich. I don't approve of his MENA stance. I couldn't care less about his sexual preferences or exploits. Don't want the country embarrassed, but like WJC I want every president to get some fellatio in the Oval office. I would. I don't care if he does or doesn't like golden showers, Russian hookers or a touch of blow. I want someone who puts America first, regardless of race, gender, national origin, or political party. That about covers it.

Been following the financial crises for a long time. One of your posts just coincidentally landed on a pet peave of mine, TBTF bankers and us getting screwed on every single trade treaty.

I think maybe I like him better than when I watched maybe 1 1/2 episodes of his Apprentice show. He seems to be making some pretty good points AFAICT. He is Americans president. Anybody that don't like that is free to move.
Last edited by: petroglyph on Mar 7, 2018
AZDuffman

Yeah, that way they will say he just gets $400 and tough if he doesn't like it. So he leaves medicine altogether and works in something more lucrative, possibly working on dogs not people. Then people get to wait weeks instead of days or hours for their "free" health care.
All animals are equal, but some are more equal than others
TomG

Right now Medicare and Medicaid set the exact prices I can charge a patient. No negotiating. I guess you are not for a free market for me?

That is definitely the system Trump and his supporters want. So long as it is Trump’s government setting the prices. As soon as anyone else tries to do it, they whine about it
TomG

I wonder why Trump won’t tweet that, even though it’s exactly what he wants
ams288

The President's schedule for today: 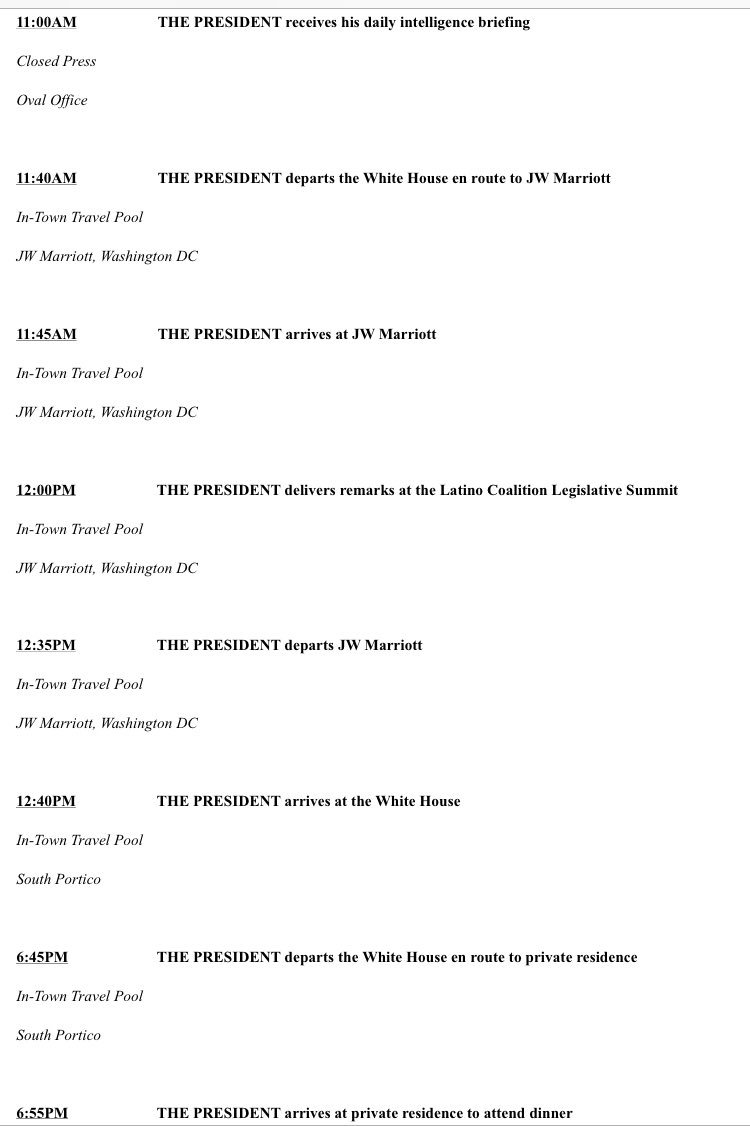 The President's schedule for today:

At 1140am they would have had to push Clinton into the ambulance had she been elected.😜🙃🙄😃
ams288

You know you've struck a nerve when a rightie has to randomly bring up Hillary. Love it.
Ding Dong the Witch is Dead
ams288

ams288
Joined: Sep 26, 2012
This is from the NDA agreement with Stormy Daniels (which Donald apparently forgot to sign). That first sentence is a doozy.

billryan
Joined: Nov 2, 2009
I'm not sure trumps failure to sign the agreement voids it. Her cashing the check should be enough.
The difference between fiction and reality is that fiction is supposed to make sense.
MrV
MrV
Joined: Feb 13, 2010
Has the trollop offered to return the dough as part of her grand plan to get fifteen minutes of fame?
"What, me worry?"
RSS Feed