CRAPS SYSTEM - WHAT'S WRONG WITH IT?

I saw your computer simulation, and it is close to what I do, but still there is one variant that, to me seems to be part of the program, which probably doesn't matter. If a shooter makes any of my don't numbers, I stop betting against that shooter, take all of the odds on all the numbers I have established don't bets with, and wait until another shooter turn arrives.

That reduces your average hourly loss, but only because you're betting less (putting less money on the table). The house edge isn't affected. It's still 0% on the Odds bets and ~1.4% on everything else.

Everyone hates sessions, but don't they deserve some merit, especially in a game of coin toss?

I address the significance of sessions in my article on betting systems.

What would happen if you played a coin toss game with four simple rules.

2 - If you lose three in a row starting out a session, stop the session.

The long-term average is dead even. Stopping based on results doesn't help or hurt you (besides that you're no longer putting money at risk). I cover this in detail in my article on the Gambler's Fallacy.

Is there any way that one could turn this into a winning game?

No. Again, I refer you to my article on betting systems, which provides four different pieces of evidence for why betting systems don't overcome the house edge.

The reason behind my question if the house odds can get down to .0004, isn't the game as close to a coin toss as possible? So if it is, then couldn't sessions be used to possibly obtain a possible (ever so slightly) advantage?

No. If you're playing a game with an expected result of -0.04%, then the game is negative, period. A negative number is not a positive number.

You're not the first person to have these ideas, but they're very old ideas. I mean literally centuries old. They've been studied for that long, and the conclusion is always the same: Changing the amount, frequency, or criteria of bets doesn't change the outcome. No one has ever shown otherwise.
7craps

If a shooter makes any of my don't numbers, I stop betting against that shooter, take all of the odds on all the numbers I have established don't bets with, and wait until another shooter turn arrives.

that is a 'feel good' play only and NO such math or
simulation results shows that it makes you WIN more money.

IF you bet less, on average, you lose less
PERIOD

The shooter that knocked down one of my don't numbers might roll for 30 minutes or more, but I don't dare make another bet.

LOL. Playing SCARED never wins.
OR the shooter might just 7 out on the very next roll. IF a point is established it is the single most probable outcome of any one roll - a 7.

There have been some craps gaming writers, Frank Scoblete, to name one, that says to lose only one bet against a random shooter...
He NEVER has shown ANY math or simulation data to back his FALSE claim and he is one that has used math guys - abortions to their work - to make his ideas, THAT ARE GARBAGE, smell sweeter.

IMO, play Craps to have fun as you really will not win over a lifetime of play.
You only get one lifetime session.

of course, believe what you want and 'flip the bird' to the rest IF that makes you feel even better while playing Craps.
winsome johnny (not Win some johnny)
lilredrooster 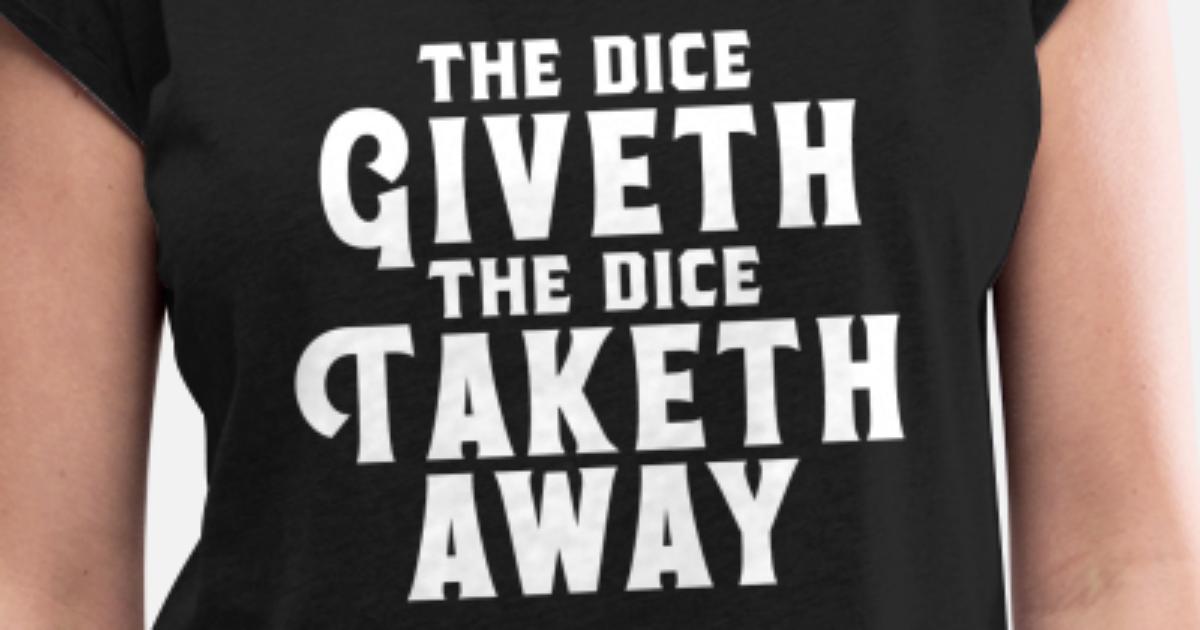 DeMango
Joined: Feb 2, 2010
So where can we get dice tee shirts?
When a rock is thrown into a pack of dogs, the one that yells the loudest is the one who got hit.
lilredrooster

So where can we get dice tee shirts?

you can get the one I posted at this link but I don't know anything about the company and can't vouch for them: 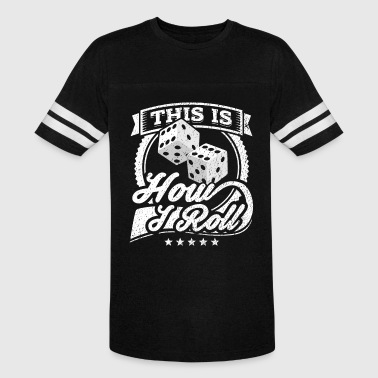 Everyone hates sessions, but don't they deserve some merit.

There it is, my cue that I can stop reading a system thread.
ThatDonGuy

Only if you have unlimited time and unlimited budget.

This has been discussed before here. Time to break out my "50/50 game analyzer" that counts the number of coin flips needed to end up ahead.

Another fun thought. The casino wins with their house edge over a bunch of bets over a long period of time. What if... You ONLY gamble 5 times in your life? Each time you go gambling you take $5000. You play games that offer as close to a 50/50 bet as possible. You bet it all at one time.

You have these outcomes.

Not a bad way to go at it. Losing $25,000 over a life-time of $1 bets is the same as the 5 shots described above, but the house advantage hardly comes into play with this way of betting. Will anyone try this? No, but this is probably the best way to gamble in one's life. Better than Martindales and Fibonacci systems, anyway.