Video blackjack was a great alternative for Las Vegas gamblers looking for a quality return on bets of $5 or less.  Most Strip casinos offered this product at one time.  In many cases, video blackjack games offered better rules than live tables.  Video blackjack dealers often stayed on soft 17s.  Surrender is available on nearly all of these devices.  That is no longer the case. 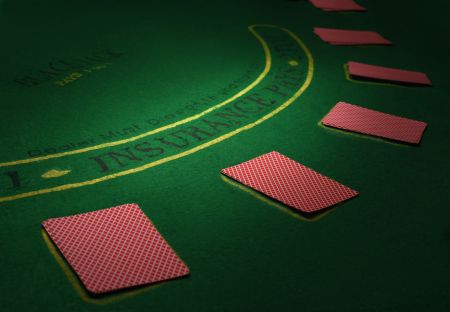 Video blackjack conditions deteriorated in 2014 and collapsed in 2015 along the Las Vegas Strip.  MGM started the trend in 2014 when some installs at MGM Grand and all machines at Mandalay Bay started paying 6-5 on a blackjack.  The situation at Mirage was worse.  The two Enchanted Blackjack games were dropped from 3-2 on a blackjack down to even money.  That made the house edge nearly 3% on a game with a $5 minimum bet.
Caesars quickly followed this movement in late 2014 and early 2015.  There were 3-2 blackjack machines at The Linq and Caesars Palace.  Those were dropped to 6-5.  Video blackjack at Harrah’s and Bally’s were installed with the 6-5 payout.

Other video blackjack machines in the MGM family paid 3-2 at the time.  These were located in Luxor, Excalibur, Monte Carlo and Slots A Fun.  The machines’ dealers stood on all 17s at these casinos.  They were the best game available at most of these casinos, including video poker and live tables.  MGM changed all of these games to a 6-5 payout in late 2015.  Some still stand on all 17s, an odd rule for a 6-5 blackjack game.

Cosmopolitan followed suit.  It once offered a 3-2 blackjack machine next to two that returned only 6-5 on a natural.  Now, two of those games pay even money on a blackjack, while the other pays 6-5.  The minimum bet on the 6-5 game is $10.  The even money machines require $5 to play.

The news is not all bad for Las Vegas video blackjack players.  Venetian and Palazzo host the last remaining 3-2 video blackjack games on the Strip.  These machines permit double down before and after splitting.  Surrender has a button on the machine, too.  The dealer hits soft 17, a change from standing on all 17s like it did in 2014.  Venetian and Palazzo allow players to use the Grazie card on these video blackjack machines.  Some gamblers report generating mailers for free rooms based on action on these games.

Downtown Grand, El Cortez and Palms also spread 3-2 video blackjack games.  El Cortez is the only one of these three that accepts a rewards card on these devices.  These have the same rules as the ones at Venetian and Palazzo.

No other Las Vegas casinos reviewed in our survey offer video blackjack.  It seems these games are falling out of favor for casinos, gamblers, or both.

Repeat after me: The strip is a tourist trap. I will not gamble there.

Along these lines: Just returned to Vegas after two year hiatus. Stayed at Encore and shocked to find out 3-4-5x odds on craps are out! This was because dealer turned down my odds bets and finally explained situation. Only double now allowed. I cashed out immediately. I guess life is tough for billionaires these days. Wife noticed change in video Blackjack. I noticed several years ago that Wynn also raised the minimum for 9:6 video poker to $5 making it impossible for someone with a small bankroll to play for any length of time. Goodbye Wynn/Encore - I love your hotels but your casinos are now crap (yes - pun intended). From now on I'm going next door to Palazzo. Or, maybe Aria, Bellagio, or Mandalay - I like them too. Good riddance Steve Wynn. Maybe I wasn't a whale, but I was a loyal customer until now.

>>>> Venetian/Palazzo allow the Grazie card on these.
>>>> Some gamblers report generating mailers for free rooms on these games.
Its difficult to know for certain why mailer adjustments are made. Often there is a time delay, memories of what a player's "action" on a particular trip often vary in quality inversely to the amount of free booze consumed. Spouses who wander off to play something different may inadvertantly contribute to the enhanced mailer. Very few gamblers sit glued to one game all the time, so receipt of an enhanced mailer may not be entirely due to player action at any particular game. Computers measure time also and that can be an enhancing factor of and in itself.

As to "loyalty" I think its pretty much agreed now that casinos just don't care if they destroy loyalty among anyone who is less than a whale.

I might take up video blackjack because I always feel so much 'table pressure' from players who consider my decision making to be far too slow. Will have to look into the situation in Florida and Misssissippi.

This survey shows it all. If true, Stratosphere has practically fair bet. I would appreciate if somebody could confirm that.
https://www.onlineunitedstatescasinos.com/las-vegas/blackjack/video-blackjack/

Fortunately for me, I have a small, local casino with good comps, live poker, and full pay Jacks Or Better in my home state.