The Sound of Silence

As with other animals, human beings have grown, changed and ultimately evolved over time.  This is true not only in the context of the human race taken as a whole, but also is the case in each of our individual lives.  With that in mind, I think one of the most substantial things that I have finally learned about Advantage Play (with exception to the Online Casino Bonus Articles I have written both here and at LatestCasinoBonuses.com) is how to occasionally be silent.

That leads me to ask, "What is the goal of publicly divulging AP information, or if not publicly, then sharing it with people who are not direct partners of yours?"  For anyone who does this, or really for anyone who disseminates information to anyone about anything really, I think there is a certain pride associated with being the, 'Teacher,' in the equation while whoever is listening to you is essentially the, 'Student.'  I would not go as far as to suggest that as a primary motivating factor, but it could certainly be one of the secondary ones. 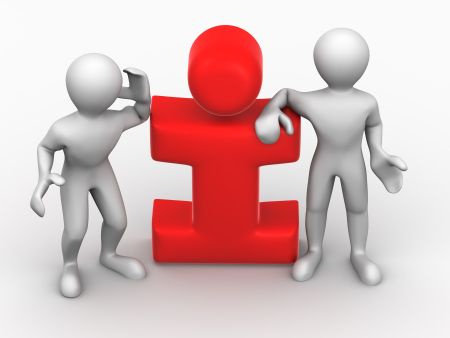 The Wizard has often disseminated information on Advantage Plays (including mathematical breakdowns) because he as well as Eliot Jacobson believe that the public has a fundamental right to be educated on the best way to gamble.  Essentially, a Philosophical opinion that knowledge should be shared for the sake of people simply knowing more.

While I certainly have a good deal of respect for that Philosophy, my Primary reasoning for sharing information related to Advantage Play is much more simple and can be described as, 'Winning is fun, I want people to have fun, therefore, I want people to win.'  I consider this Philosophy a largely Humanistic one, if I may, because I am seeing the benefits of winning through the eyes of the person doing the winning.  Even for individuals who may be largely negative expectation gamblers, it is always fun to win, and even more so, I would argue, when the person is mathematically supposed to win.

In fact, both of these Philosophical lines of thought are fundamentally Humanistic, the sharing of knowledge for the sake of sharing knowledge, and thereby, causing people to become more intelligent as well as wanting people to have a good time.  However, as noble as both of these Philosophies may be in the realm of sharing Advantage Play information, they do, as with most other things, come at a cost.

In my particular case, there are a number of Advantage Players out there, some of them Professional, that I consider to be good friends of mine.  Therefore, it has occurred to me that if I share too much information publicly which can then cause certain plays to be, 'Killed,' or certain Promotions not to be repeated, then the net result of the sharing of information can be less winning (in terms of pure dollars and cents) than there otherwise would have been.  What is perhaps worse than that is that any benefits that may or may not be enjoyed by the people to whom the information is publicly disseminated, (and very rarely does anyone reach out to say they used the information successfully) might absolutely pale in comparison to the loss of enjoyment (read: winning) by the people who already had some idea of what to do before I said anything.

These thoughts occurred to me recently as I grappled with the idea of publishing plays that could have been used for a recent Promotion that has been discussed, at-length, on these Forums.  While it is certainly true that I would not have discussed potential means of attacking the Promotion that I did not come to independently (or was relayed to me and I was specifically told I could share the information) there are a couple of potentially strong plays that I did come to thinking on my own that I could have published publicly without breaking any confidences.  That being said, I chose not to do so as a result of the fact that, if applicable, these potential plays could be, 'Killed,' by the casino hosting the Promotion in advance of the Promotion taking place.

The sharing of Advantage Plays, at least, of HUGE Advantage Plays seems to have a net negative effect rather than a net positive effect as the plays have a tendency of not being repeated by that casino (and some others) at a later date.  This is something that we hear all the time from some of the Advantage Players that frequent these Forums, especially with respect to plays that one might otherwise consider, 'Unusual,' or certain Promotions that are only rolled out once in a while.

There are accusations that some Advantage Players would have the information be suppressed for selfish reasons, but I do not necessarily believe that the reasons are selfish, more that the reasons are pragmatic.  If a particular play or Promotion is permanently killed, then nobody wins as a result of that happening.  While it just happens to be those same Advantage Players who will be doing the winning, it is certainly preferable to nobody doing the winning.

Well one positive outcome of discussing AP plays openly is it supplies you with some juicy and interesting topics for your articles, :)

I simply believe the world would be a better place if there were unfettered access to truthful information. For that reason, if somebody else posts an advantage play, I'm not going to silence that person.

I agree with not silencing anyone, the Article really speaks more to whether or not I'll say anything myself.

I'll only post something that has already been posted publicly. I won't tell you were we had a dealer flashing both 4th AND 5th street on Mississippi Stud :-X

I do have a question about MS. The only place where I have ever spent any real amount of time observing the game dealt it such that they, at no point, would flip over a player's folded cards. That seems like an odd decision to me for a few reasons, and I'm sure you can guess what they are. Is that a normal practice not to ever flip a folded hand?

It's not normal, nor is it helpful and it's a waste of time. Proper training and pit personnel "supervising" like they're supposed to is what's important.