Cleveland Against the Spread

DISCLAIMER: This article is for entertainment and research purposes only and should not be used to inform any actual betting decisions. Past performances are not necessarily an indicator of future results and all content within simply reflects past data. 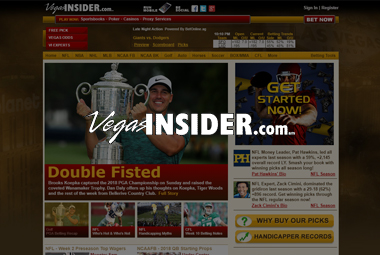 This is the first of this year’s, “Crossing the Line,” series, which is going to look at the performance of NFL teams relative to the point spread for the last several years.

Prior to last year, there was no doubt that the new incarnation of the Cleveland Browns is a historically bad football team. In order to silence all of the doubters, “The mistake by the lake,” decided to post up an 0-16 season, matched only by the 2008 Detroit Lions.

To their credit, they were arguably better than that year’s Lions, as I discussed in this article.

There can be no question that the Browns have been historically awful over a longer stretch of time, as we it upon late in the aforementioned article.

Vegas Insider is an incredible resource that bettors can use to research current lines going back to 2012 with relative ease.

The Browns would finish 9-5 against the spread for 2014 despite a net points differential of (21) which is 1.3125 PPG negative differential. As we can see, that is mainly attributable to the fact that they were completely blown out in Weeks 7, 11, 13 and 15 and only blew other teams out in weeks 6 and 10. Again, relative to the spread.

The Browns would finish 5-10 against the spread in their 2015 campaign with a net 62.5 points worse 3.90625 PPG worse than the spread. This trend would basically continue the following two years:

The Browns would go a net negative points differential against the spread of (73) for 2017, which comes out to 4.5625 points per game. We know from the above-referenced Browns retrospective article that they were expected to lose by a mean average of 6.5 points per game, in fact, here is that chart again:

In other words, Vegas couldn’t give the Browns enough points which had been a theme for the previous two seasons, as well. In fact, even going back to when the Browns had been beating the spread, Vegas still hadn’t been giving them enough points overall.

Did the Browns Become so Bad They Broke Vegas?

What we are now going to do is construct another chart that looks at the Browns overall Win/Loss record v. their performance against the spread for the last six years:

In other words, the Cleveland Browns have lost their average game by 7.5 points over the last six years, but Vegas has only had them losing by about 4.63 points, on average.

In the last three years, the Browns have lost by an average of 10.79 points, but they have missed the spread by an average of 4.65625 points which means that the average spread was Browns +6.13375, roughly.

Simply put, even knowing that the Browns are awful, Vegas/sports bettors have not been able to give the Browns enough points.

In fairness, maybe the 2015 campaign came as a complete surprise. After all, the Browns went from 7-9 with an actual points differential of (38) (2.375)/game to a flummoxing (154) (9.625)/game. It could be argued that there were no indicators going into the 2016 and 2017 seasons that the Browns had become any better, and in fact, their actual points differentials remained relatively consistent for the following two years.

After two years, one would think that people would not be so incredulous. After all, the Browns’ one 2016 win came in a meaningless Week 16 game against the San Diego Chargers, who were 5-9 entering the game and had no hope of Playoff contention. Going into the 2017 season, there was talk from the very beginning as to whether or not this would be the year that the Mistake by the Lake would pull off the perfectly imperfect season and roll 0-16.

The question then becomes: “Is there a certain point when a team becomes so bad that people can’t believe it?”

We can also look at the last three years:

In terms of actual results, let’s look at how a bettor would be doing at -110, +100 doing nothing but picking the team going against the Cleveland Browns for the last six years and three years against the spread:

In other words, the Browns have been so bad the last few years that it seems that Vegas and sports bettors simply do not know what to do with them. It seems like they can’t give the Browns enough points such that a sports bettor would have done well just to bet on whatever team is playing the Browns.

The Over/Under on the Browns win total for this season is 5.5, but if we look over the last few years:

We’ve seen the new quarterback song and dance from the Cleveland Browns before, it hasn’t mattered then, and with Tyrod Taylor at the helm to start the season, it probably won’t matter now. What we know about the Browns is that they have spent the last few seasons underperforming expectations. Browns quarterbacks, on the other hand, have done it for a decade and a half of woefulness. 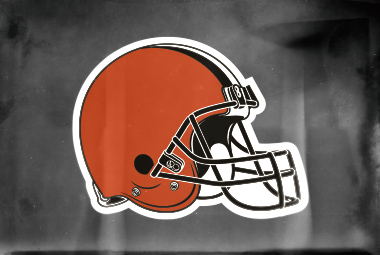 My opinion is that the Browns could not have improved that much. The Over/Unders have been wrong on season win totals for the last three years, and even knowing what they know, the Vegas Spreads have been almost unbelievably wrong for the past three years. The simple fact of the matter is that the opening lines and the bettors have not found a way to give the Browns enough points.

In other words, it seems that there has been some sort of inherent bias that says “No team could possibly be that bad,” but the Browns have spent the last three years proving that they will find a way to be worse than even the Vegas handicappers and sharp bettors could possibly believe. Regardless of how bad the Browns get, bettors simply cannot find a way to give them enough points such that the ATS even begins to approach 50/50.

I expect this year to be no different. The Browns will continue to get credit where credit is not due and that will be reflected in an advantage taking whatever team is playing the Browns against the spread.

we'd know what to do this year now except for the old problem ... the past may not repeat itself. Although the Browns sucking will repeat, no guarantee the spread will still be short of where it needs to be

I agree with you to a certain degree. Although, I think I'd know what I would do if the spread numbers were the same against highly common opponents like the Pittsburgh Steelers, who are basically bringing back all of the same players that played against the Browns twice last year.

It's the same as it always is, same question, does one think the past has enough predictive value for one's liking?

Oh this is the article. I didn't even know Tyrod Taylor was their QB until I saw the first game. That's probably the mistake, he is a difference maker. Made a difference last year benching him, for whatever dumb reason. Then they had to luck out to make the playoffs because of it. Buffalo could never be completely ignored last year, but they can be now. He is going to give the Browns hope this year and they're going to be winning some games.

Thanks, as always, for your research, Mission!