During the past year or two the MLB has tinkered with trying out new adaptations to big – league baseball in order to determine if they would eventually become permanent rule changes moving forward. Major League Baseball seems to be taking a step back in order to restore and preserve the old traditions and integrity of the game that is known as America’s past time for generation after generation dating back to the late 1800’s. 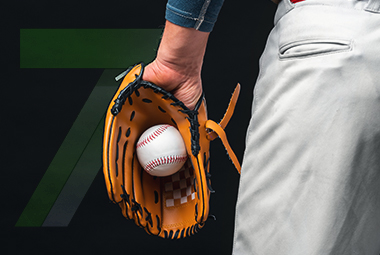 Extra Innings with Runner Starting at Second Base

I thought the new rule change of starting a runner at second base in extra innings was going to become to norm in Major League Baseball in order to speed up the conclusion of the many long and drawn – out extra inning affairs between two stubborn ball clubs fighting to the bone all night for that elusive win, but the MLB is apparently outlawing this new style of play during extra innings that they have been trying out over the last year of two of Major League Baseball. I am also a fan of returning to the old traditional way of breaking a tie after the conclusion of the originally scheduled 9 – innings of play in a highly contested MLB match – up.

I used to stay up all night if I had to watch the ever so exciting and intense back and for battles that would sometimes go in to 15 or 16 innings at times. That was always either so satisfying if your team won yet devastating if they lost, but it was how baseball was meant to be played and it involved a lot more strategy than the new system that the MLB was tinkering with recently that took away from the very exciting long nail bitters of the past. This rule change would also be greatly appreciated by baseball purists everywhere.

Banning the Shift on the Defensive Infield Alignment

The last significant rule change that is looking to most likely go into effect for the upcoming 2022 Major League Baseball is banning the shift on a ball club’s defensive alignment. It seems as if the shift has become so dominant that is all you tend to see when watching a team line up defensively is three guys to either the right or the left of second base depending on whether the batter is a right -handed hitter or a lefty. It was also strange to see infielders playing a swallow outfield position as well.

This was taking away from good old – fashioned offense and the art of getting base hits in order to bring runs around the bases to manufacture runs as they would hopefully cross home plate in a dramatic fashion. The banning of the shift will now require two infielders on each side of second base, and all four infielders must have their feet on dirt prior to the batter putting a ball into play.

Once again this is going to bring back baseball to the way it was designed to be played especially as teams have implemented the shift way too much these days. I like all of these Major League Baseball rule changes, and I hope they continue to keep the game the way it is instead of trying to make changes in attempt to bring in new fans that don’t want anything to do with baseball anyways.

"When we adopted seven – inning doubleheaders for this year, we didn't know the country was going to look like it does now," the commissioner of Major League Baseball, Rob Manfred, stated on Tuesday, July 13th, 2021 from the MLB All – Star Game in Denver, CO. "We were scared it was going to look very, very different. It was a COVID – related change. I don't think that seven – inning doubleheaders are going to be part of our future going forward."

"Let's just say you regulated the shift by requiring two infielders on each side of second base," Manfred goes on to say. "What does that do? It makes the game look like what it looked like when I was 12 years old ... It's not change, it's kind of restoration. That's why people are in favor of it. Front offices, in general, believe it will have a positive effect on the play of the game. ... I'm hopeful that we will have productive conversations with the MLBPA about non – radical changes to the game that will restore it to being played in a way that is closer to what many of us enjoy historically."

According to Bovada sportsbook below are the odds to win the MLB 2021 World Series as of Wednesday, July 14th, 2021.

I was reading that the average age of an MLB fan is now 57 years old. Should they go forward with these proposed changes they could probably get that number down to 60.