I first heard of the International Car Forest of the Last Church in the Atlas Obscura, which is an outstanding guide to free bizarre things around the world. I was rather surprised to see it is located in Goldfield Nevada, which is near the halfway point between Las Vegas and Reno, a road I had driven many times before and never seen it. 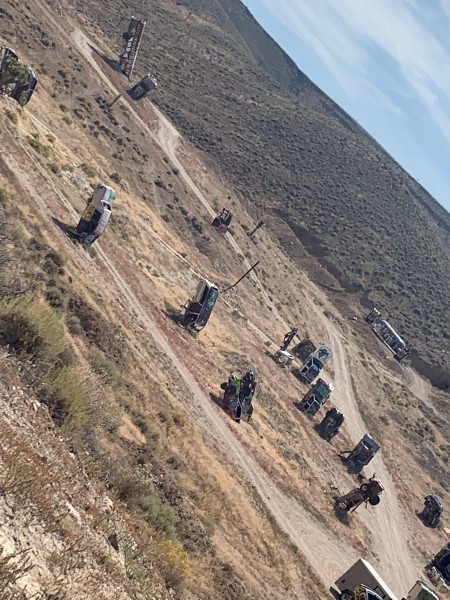 As the story goes, a local artist by the name of Mark Rippie stuck a car in the ground head first, much like the Cadillac Ranch in Texas. Later, another artist by the name of Chad Sorg happened was driving through Goldfield and noticed it. He was so inspired that he moved to Goldfield in 2011 to add to the project, which he did. 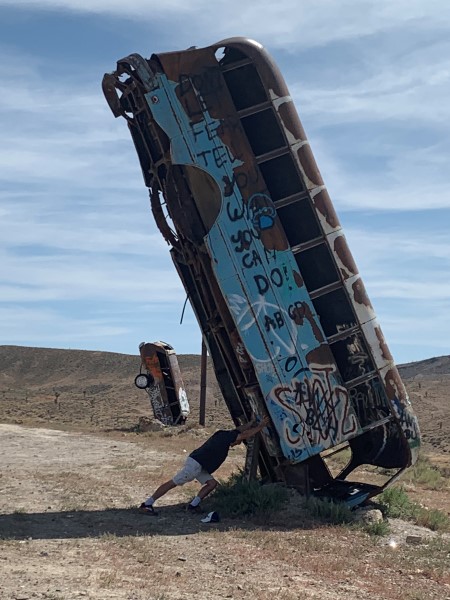 Through the years the two added over 40 vehicles, including cars, trucks, and buses. However, they had a falling out and both abandoned Car Forest. It is still there for everyone to enjoy. There is no signage that explains anything about it. 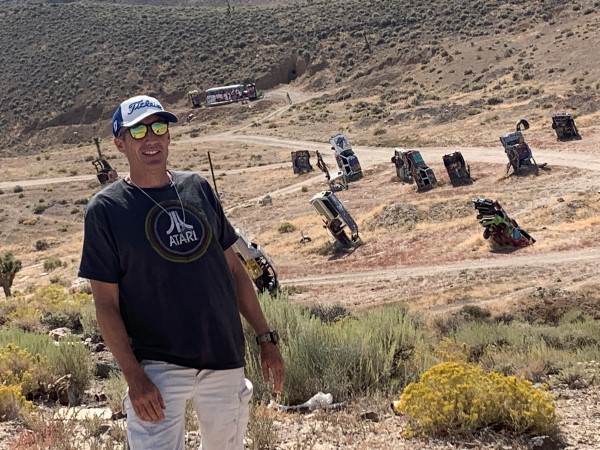 As mentioned, the Car Forest can be found in Goldfield Nevada. If driving north, the car forest will be to the right side of the road as you enter Goldfield, near the "Welcome to Goldfield" sign. If driving south, it will be found on the left side of the highway as you're leaving, after making a forced right turn.

If you're comfortable with light off-road driving, turn onto Crystal Avenue and then make your way on the dirt roads to the site. There is a spiderweb of roads, but as long as you head in the general direction, you won't get lost. 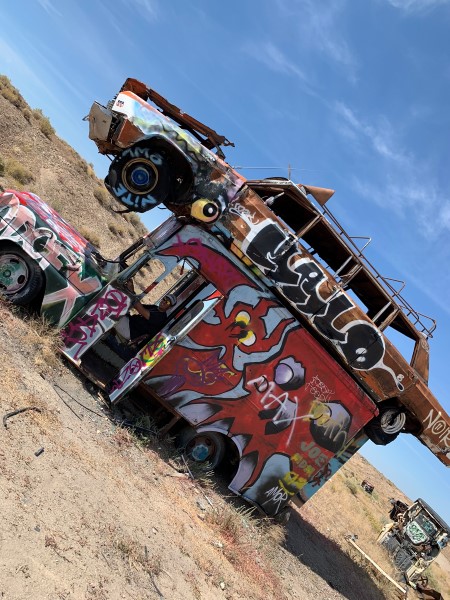 These pictures are just scraping the surface. There are plenty of other pictures online. 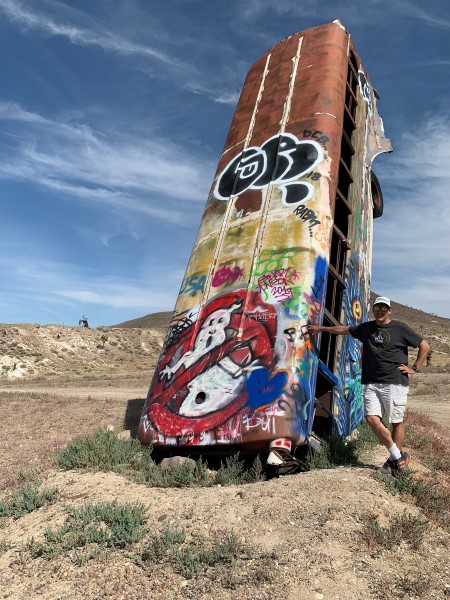 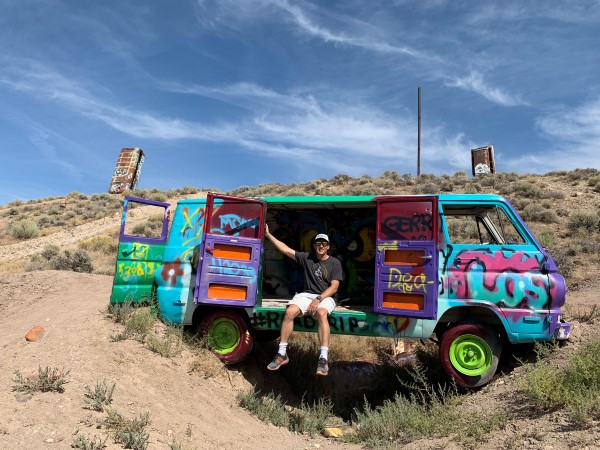 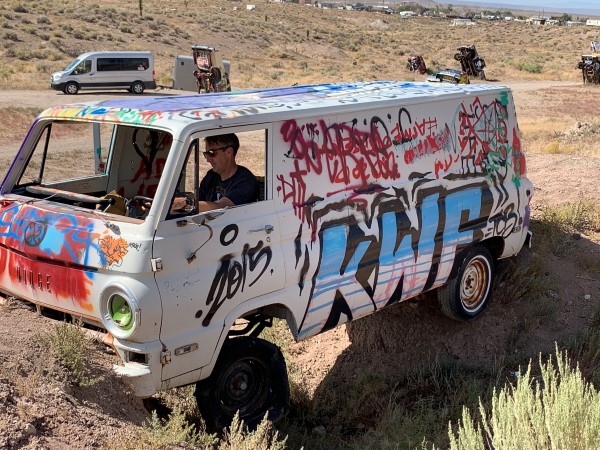 Very cool. Sort of like Carhenge in Nebraska except spread out helter skelter. It's a pity there's no signage or artist explaining it. Then again, maybe letting the art speak for itself is for the best.

So prepare a description of each vehicle's history and the meaning of its artwork (make them up, dummy!), then install signage, an old van for some sun-bleached bum to live in, put up a tin pail for donations and it should provide drinking money from time to time.

kind of cool you can actually get in them

I want to see this