One of the more significant (in terms of percentage) Advantage Plays that I have ever encountered is a good Draw Poker game.  If one has the wherewithal to avoid playing really good friends and otherwise has little to no personal connection with the other players, then a good home poker game can be taken for a few bucks.  The only difficulty is that it is difficult to find a game meeting those parameters as most of your invites are going to come from a good friend, family member, or co-worker.  (i.e. People from whom you don't want to take a ton of money!)

Therefore, I'm going to leave finding a good home poker game up to you, I'm also going to take it for granted that you have a rudimentary understanding of how five-card draw works and some of the basic math behind the game.  The purpose of this Article is simply to discuss a few (and certainly not all) of my favorite semi-advanced to advanced concepts. 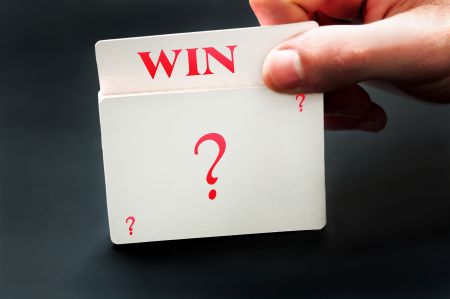 The first aspect of playing in a home Draw Poker game is that you always want to encourage there to be an ante.  Playing in a game without an ante seriously reduces your advantage because you're going to want to play an aggressive game right out of the gate.  If you buy into a $50 game that has a $0.25 ante, then I have a tendency to bump it up to $2.00 with great frequency.  Obviously, this decision is going to be somewhat tempered by the tendencies of the other players, and most importantly, how many other players are at the table.

At a table of four or five players, you'll find yourself bumping the pot less (I would suggest only with a pair of 10's, or better) because there is a good chance that you will run into a decent hand and be over matched going into the draw.  However, when the table gets down to only two-or-three players, bumping the pot will result in a lot of folds from your competition even though the hand would otherwise be slop going up against slop!

The aggression should continue after the Draw, even if you're doing nothing more than throwing out an occasional semi-bluff or complete bluff.  It's no secret that you're playing aggressively, but if you're playing at a weekly game that you expect to continue for an indefinite amount of time, then showing garbage (on rare occasion) can pay dividends in the long run.  For the most part, however, you just want to play the strength of your hand after the draw.

Don't Set, but Watch for Setting

Players at the game of Five-Card draw have a tendency of setting their hands after the draw to put their Pairs (or Trips) in the front or the back of the hand.  Some players will also order their straights or put their Flush High-to-Low or Low-to-High, but that doesn't tell you as much about their starting hands.

Personally, I like to shuffle my cards low to the table (which is how I look at them) after determining my final hand.  This action makes it less apparent (if you go to showdown) of what it was that you were drawing to.  Furthermore, if you have Two Pair with Kings over Jacks, it's still going to be Two Pair Kings over Jacks regardless of the order in which the cards are displayed when you show them down.  For players that argue you are supposed to order your cards in one way or another (what nonsense!) just tell them you're more than happy to announce your hand vocally if the disordered cards are a problem for them.

The main reason that you want to watch for hand-setting after the Draw is because you are betting aggressively before the Draw, as described under the previous header.  If a player has a tendency to put the made Pair, Trips or Two Pair in order to your left and you notice that the player shifts a card to your left and ends up with a pair of Kings while shifting one of the two held cards away from your left, then you know that the player is onto your style and is not afraid to call you with nothing but a couple of High Cards.

That's excellent information because (depending on the others at the table, and again, how many others are at the table) it will enable you to bet more prior to the draw with a High Pair or Better and potentially get a call from that player who could very well be still drawing to high cards!

Alternatively, if you notice that the player's cards that are to your left never move after the draw and the player consistently shows down with Pairs that would have been oriented to your left (or right) in his hand, then you know that the player isn't going to call any pre-Draw action with less than a pair and you might need to temper your pre-Draw betting unless you are heads-up or down to a Three-Way with that player.  This can also be profitable information on that player because it may enable you to steal a good few antes, that is especially true if just betting 1x-4x the amount of the ante will result in that player folding anything less than a pair.

Remember, this player is just slightly less than 50% to get dealt a Pair or Better and might even have a tendency to fold low Pairs, so remember the orientation of that player's cards both before and after the draw.  If the player goes tens of hands without ever showing off any low Pairs that he/she started with, then that player probably has a tendency to throw away low Pairs before the Draw in the face of a raise.  Great information!

Many players have a tendency of drawing two cards to a dealt Three-of-a-Kind EVERY SINGLE TIME and that is an absolutely terrible decision!  The player is basically saying, 'You need trips or better to beat me, please don't call unless you have Trips or Better!'  As with any other time, always watch for the player at showdown (in case someone calls) and make sure that the player always has Trips or Better, if the player doesn't and occasionally draws two, then you might just be dealing with an advanced player.

I would suggest only drawing two to a Three-of-a-Kind if you have shown down a hand after drawing two that did not involve a three-of-a-kind.  Chasing the occasional three-consecutive to a Straight Flush with a couple high cards is not an awful play as long as you do it rarely enough and as long as you show it down if you can do so very cheaply if you get a reasonable final hand.  What this will do is give players the impression that you are not afraid to chase long-shot hands, and also, if you should happen to get dealt a Three-of-a-Kind within twenty or so hands, you might be able to draw two to it and the other players will just think you're chasing something again.

For the most part, though, you just want to draw one card to a Three-of-a-Kind.  Also remember with no Wild Cards nobody can have the same Three-of-a-Kind that you do, so you can keep whichever card you want as a kicker.  It makes no mathematical difference.

The thing about this play to remember is that taking one card only is indicative of a Straight Draw, Flush Draw or dealt Two Pair.  The result is that other players at the table are going to play you based on these possibilities, and that gives you the impression (especially going up against Trips that you know to be lower) to push out a HUGE bet that appears to be a bluff if the other player is acting first.  I'm sure you can imagine the look of disgust on your opponent's face when you show down Trip Kings with a two and a seven compared to that players Trip 10's when you only drew one card!

The bottom line is, not only does that make your one-card draws more unpredictable, (the entire goal of playing poker well!) but it also will give you the opportunity to bluff a missed one card draw as last or second-to-last to act in later hands as the players may think you could already have had Trips going into the Draw.

Either way, Quads or a Full House is almost a guaranteed winner along with Trips being a very frequent winner, and this isn't Video Poker, so keeping the Trips with either of the two other cards is the best decision in terms of both math and deception.

Again, on very rare occasions you might draw two cards to a three consecutive SF so you look like a hand chaser.  This is especially the case when there are only one or two other players in the hand that way, if you connect for a decent pair, you have a hand that is at least worth showing down cheaply.

Those are my three favorite Advanced Tactics for Draw Poker, and while there are a couple more, there aren't many.  Five-Card Draw with no Wilds is actually an extremely simple version of Poker that virtually anyone can play without confusion, which is what makes it so popular for home games, so having just a couple of advanced weapons in your arsenal is often enough to make you a successful home game player as long as you are otherwise playing a mathematically proficient game.  If you don't know the basics, then look them up online, they're easy enough to learn and there are plenty of sources.