Why Are These in Place?

For anyone who has spent a significant amount of time gambling in either brick and mortar casinos or online, there are probably any number of policies that an individual might find inconvenient or not necessarily in the best interests of the player.  This is not going to be an article about policies that merely fall under this purview, rather this will be an Article that will highlight policies that (in my opinion, of course) do not make any sense for anyone on either side of the table or machine.

Hopefully, this article will result in a bit of debate, or even better yet, hopefully some of you readers will have examples of your own to post up!

One policy common to many online casinos that does not make any sense to me is that, after completing a bonuses' wagering requirements and winning, the player must make another deposit (in many cases) in order to claim another bonus.  While it is certainly in the interest of the casino to get more money in there, it is possible that they may be hurting themselves in the process. 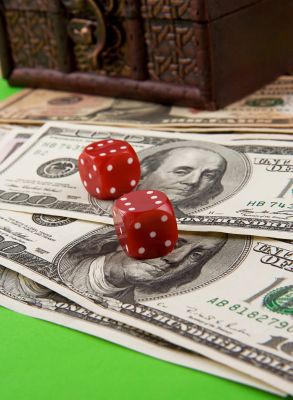 It would be far simpler for a player's current balance to simply be able to act as a deposit, provided that the account balance is substantial enough, which would thereby lock that money in place with the desired bonus and the player would have to execute the play requirements prior to that money being released back into a player's cashable balance.  The only reason that online casinos might not do it this way is the possibility that the player will deposit and take another bonus prior to actually withdrawing anything.

However, it makes sense for a player that is new to a given casino to make sure the casino is actually going to pay him/her prior to making another deposit.  Therefore, one would think that a player would be more likely to withdraw some amount of the money (and then redeposit) rather than make an entirely new deposit prior to having ever been paid anything by the casino.

The reason that this is likely not beneficial to the online casino is because they certainly must pay something for processing fees, and the more actual deposits that transpire, the more they presumably have to pay on those.  If the casino would simply allow the player to use the money that is currently available to be withdrawn to simply ACT as a deposit, then the casino would avoid any fees and time associated with making any payouts and/or accepting new deposits.

In addition to that, any time spent by the player going through the withdrawal process is time that the player is not spending playing which is something that the casino has a vested interest in the player doing.

Perhaps this is an option at some online casinos, please post in the comments if you know of any in which this is the case.

In fairness, there are only two casinos in which I am absolutely positive the following is the case:

I witnessed one occasion where a player essentially wanted to make a Put Bet with Odds, (essentially a bet on the Point Number after said Point has been Established with Odds behind it) but was refused.  The player was not refused because the casino does not accept Put Bets, (they most assuredly do) but the player was refused because he did not want to make the Put Bet on the Point, but rather on the Five where the Point was Six.  Almost needless to say, it was a superstitious player and a five had just been rolled.

It is true, of course, that a Place Bet of a certain amount generates a greater Expected $$$ Win for the casino, but I imagine that some people would be making these Put Bets without taking the necessary Odds of 4x or greater to have a better bet than the Place Bet.

Besides that, both casinos ALLOW Put Bets, so if the player just wanted to go for repeat numbers, but was only going to make the bet on the condition that it could be made as a Put Bet with Odds, then the casino should allow it.  Would they rather the player just make a $5 Come Bet (and take Odds on a Point Number) when that $5.00 has a House Edge of 1.41% working against it rather than the $5 with a 20% House Edge working against it?

If there is one aspect of a Vegas hotel stay that draws the ire of players more than any other, it is the concept of paying a, "Resort Fee," for some of the niceties (or none, depending on the House) that are offered by the casino.  These niceties can include Internet Access, Coupon Books and occasionally such things as Match Play or Free Play for an amount that is obviously lesser than the Resort Fee.

The most important aspect of Resort Fees there is to understand is the fact that everybody hates them.  That being the case, though, I will extend a small kudos to casinos that at least choose to waive the resort fee provided a player's stay is comped.

What would make more sense than resort fees is simply to FACTOR IT IN TO THE PRICE OF THE ROOMS!!!  If a casino does it that way, then not only do they get the same amount of money, but the coupon books and other niceties come off as just that, nice!  The player no longer thinks, "The resort fee costs way more than this crap is worth," but instead thinks, "Wow!  I didn't know I was going to get a $5 Match Play coupon, a Buy One Get One Show, Complimentary Wireless Internet AND a 25% off dining coupon when I checked in!"

That's marketing, baby.  Charge people the same thing you were going to charge them anyway, but make it look good.

2.)  Physical Mailers (Other Than Opt-In)

Why are casinos still handling things by way of physical mailer by default rather than having players opt-in to receive physical mail?

Is this 2015 or 2005?  Did the USPS make shipping free at some point in recent years?  Did the tech experts find a way to put words and pictures on laminated paper in a way that does not require ink?

The point is that these physical mailers cost the casino unnecessary money, and they would do well to inquire of new players club Members whether they would rather receive their offers by way of E-Mail or Snail Mail.  For existing players club members, simply have an, "Opt-Out," program with respect to physical mail and offer the player $5 in Free Play, or something along those Lines, to opt-out.

This would also be a positive for the players, as well.  Players would no longer have to concern themselves with the possibility of their, "Regular," offers being lost in the mail and neither the player or the casino would have to deal with the time spent at the Player's Club to remedy that situation.

Even with an Opt-In or Opt-Out system in place, the casino could still inform the player that, 'Special,' offers might come to them by way of physical mail.  If a casino is really determined to do pull tabs (rather than a Kiosk game) for special Free Play, then they could send the pull tabs the good old fashioned way, but for regular offers, E-Mail is the way to go.

Validations for offers can come in many different forms, but the validations being referred to here are those in which the player must go to the players club with their offer (and presumably present ID) to receive the voucher that actually contains the offer which they then use at the location (whether it be a restaurant, buffet, or Table Game Match Play) only to have the person with whom they are redeeming the voucher also request the player's ID and players club card.

This entire three-step approach (receive the offer, take the offer to receive the voucher, use the voucher) is something that many casinos seem to be largely doing away with, but there are far too many casinos in which this procedure is still the case.  Having casino staff complete redundant acts results in more time being expended, which results in the need for more employees or in longer lines, which either costs the casino more money or irritates players, respectively, and in which the latter could ultimately still cost the casino money.

The obvious answer here is to simplify all of the offer processes as much as possible in a way that still ensures integrity.  The casino will save both themselves and the player time, the players will be happy, and the time that they would otherwise be spending in line might be spent at the various games.

If anyone has any to add, please put them in the comments!

Casinos still want you to walk through the casino as much as possible that is why a lot of them require you to go to the club booth before the restaurant. Just like at a supermarket, the milk is never near the front of the store.

I guess I could understand that, but do you really think it is worth the added lines and employee time?

The market isn't paying any additional time, just making the customer walk through everything.

On #3, I stayed at a couple of nice non-Vegas hotels recently that both included free wifi and free bottled water, and had no resort fee. I thought how nice it was that I wasn't being nickel and dimed. Of course I was paying far more for the room than I pay in Vegas, but it just felt better.

There is a large, silver haired population that really enjoys getting offers in the mail. You can't stick your smartphone on the refrigerator as a constant reminder that you have "free" money waiting for you to pick-up.

Offering opt out would remove a tickler from those that don't look at their email regularly. You have to look at it to decide to toss it, unlike email, where you can delete based on the sender alone. The yield from that glance, with "Freeplay" in bold letters on it, is worth the 12.5 cents it costs to generate the impression.

That's an excellent counterpoint and I agree with you.

On the resort fee topic, it's very similar to bag fees on airplanes. It allows the hotel to advertise a lower price. Imagine two hotels. Hotel A offers rooms for $100. Hotel B offers rooms for $80 but there is a $20 resort fee. When the customer goes to Expedia to find a room and sorts by price, Hotel B is at the top of the list. A smart customer might notice that both hotels cost the same but the resort fee is typically buried in the fine print.